Wars are fought for different reasons; trade and border incursions, religion, racial hatred and territorial expansion. At the heart of all these reasons or excuses for aggression is greed, eyes on the prize, nations battle it out for control.

Suffering of local communities, rarely considered by opposing governments, most conflicts are unwarranted; differences could have been settled by diplomacy and compromise.

Fought between the Northern and Southern states of The United States of America, it put an end to the Southern States inhumane slave trade by making the importation and imprisonment of slaves illegal.

The time frame before the Civil War, 1852, was chosen by Marlen Suyapa Bodden for her remarkably accomplished debut novel, The Wedding Gift. The location, a cotton plantation in Alabama, the story is alternately narrated by Sarah Campbell, a young woman of mixed race: mother, Emmeline, a slave and father, Cornelius Allen, the plantation owner.

The other narrator is Mrs. Theodora Allen, the wife of Cornelius and mother of his three children, Paul, Robert and Clarissa.

While Sarah and Theodora’s status appears to be very different there capacity for self-determination is in reality quite similar.

Sarah, much loved by her mother, Emmeline and sister, Belle, as the daughter of a slave, is powerless to escape the brutal plantation regime.

Theodora, ostensibly a woman of position and influence is also enslaved; nineteenth century legislation and societal conventions guaranteed male domination and ownership of property and finances – woman were seen but rarely heeded.

Both Sarah and Theodora’s fate is determined by one man, Cornelius Allen, a brutal alcoholic, the ruler of both his family and with the help of sadistic overseers, slaves that work on the Allen family plantation.

Cornelius, physically and verbally abusive to Theodora, she lives a shut-in life, unable to choose her friends or pursuits. Emmeline, Cornelius’ mistress, must continue her sexual relationship with him or suffer the consequences; he will sell Sarah and Belle to the highest bidder.

She realizes that like herself, Emmeline has no choice but to obey the tyrannical Cornelius.

Sarah, companion and later maid to Clarissa, is included in the English lessons Theodora conducts for her daughter. This is undertaken at great risk to both Theodora and Sarah – illegal for slaves to be taught to read and write, if Sarah’s education is discovered both the teacher and the pupil will be punished.

The portraits drawn of Sarah and Theodora, indeed all the novels’ characters, are enthrallingly believable.

I loved The Wedding Gift it was a couldn’t-put-down read for me. Not just a chronicle of the suffering of slaves and woman generally in the American Southern States it is so much more – social customs, prevailing opinions, dress, racial relationships, exterior and interior,  plantation landscapes and dwellings, river trade, abolitionist movements and slave freedom routes are all explored in a well researched fascinating story

Sarah, a child who becomes a woman with an unquenchable thirst for freedom, is spurred on by the actions of Cornelius Allen – Emmeline stops her nightly visits to his bedroom and to display his power over her family, he sells Belle. The chapter where Belle and two other young female slaves are brutalized by members of the white male community was powerful and impossible to read without feelings of great sorrow– Ms Bodden, while a first-time novelist is an exceptionally talented writer.

Clarissa Allen and the events that surround her marriage to the quite possibly crazy Mr. Cromwell, son of a neighbouring plantation owner, take centre stage in the story. Sarah leaves the Allen plantation to live as the maid of the pregnant Clarissa on the Cromwell plantation.

The treatment both Clarissa and Sarah suffer as a result of this move, terrible, the plot changes from an historical family saga to a suspenseful thriller.

Sarah makes a fateful decision – she will run; run the term used when southern slaves make a bid for freedom. Sarah knows the risks – slave catchers, dogs and a very long way to travel all against her chance of success, she leaves her family to begin a journey of epic proportion.

Before Sarah leaves she puts in train a series of events which ensures that both her family and Theodora’s futures will be changed for the better. Her actions are not revealed until the very last page of the novel; an innovative, exciting twist – great book, great read. 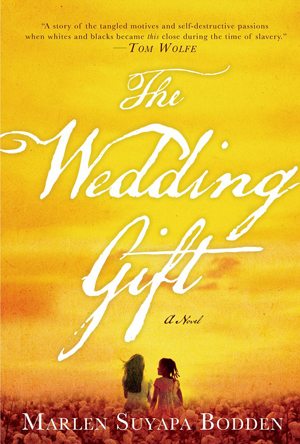