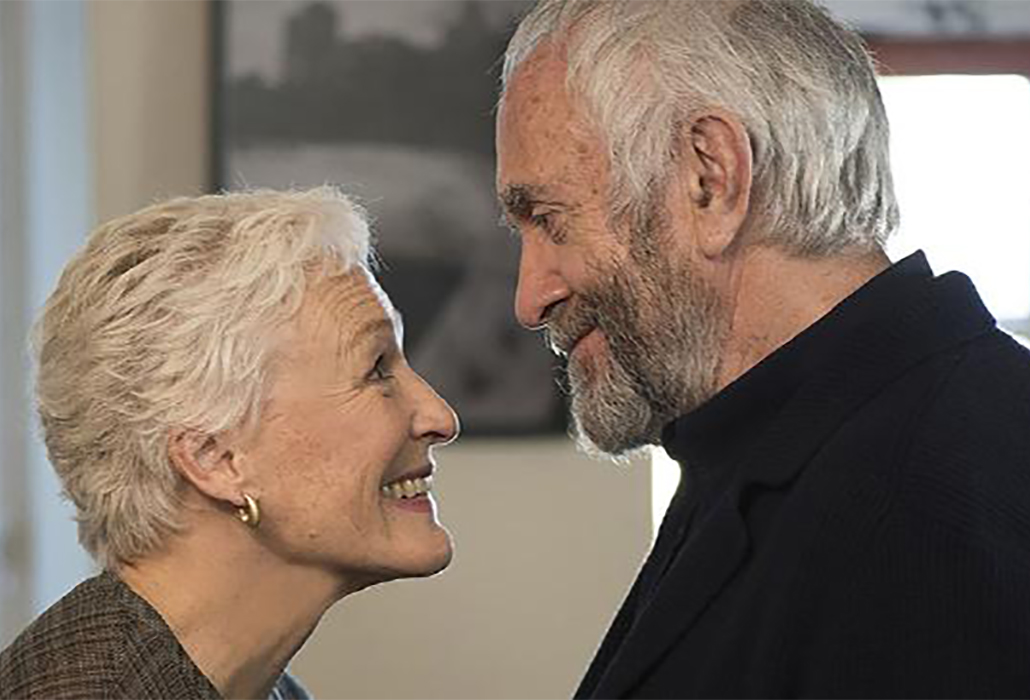 During the 1990’s as the Clinton’s are about to move into the White House, the very conceited Joe Castleman (Jonathan Pryce) and his quiet duteous wife Joan (Glenn Close), are on a journey together with their young adult son David (Max Irons), from America to Sweden.

He is to be presented with the highest award in literature in the world, the very prestigious Nobel Prize, which is presented by the King. The ceremony will be held in the face of the world’s media and the praise addicted Joe Castleman’s peers and colleagues, so we can all appreciate both their excitement and delight. 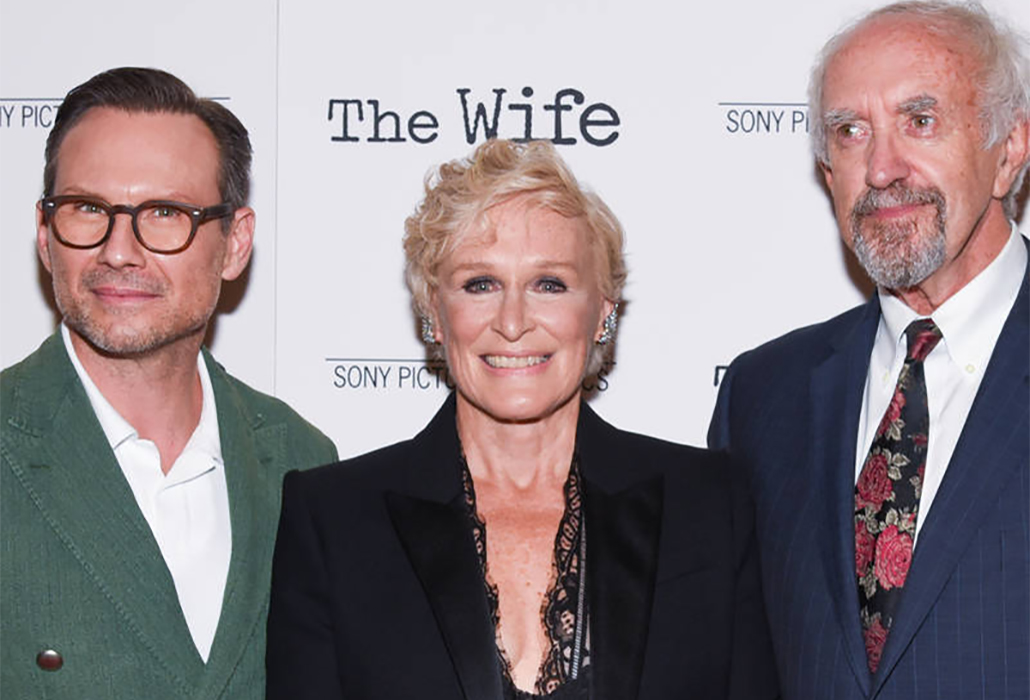 The Wife, a Sony Pictures release, is based on the novel by bestselling author Meg Wolitzer, features a fine cast and is directed brilliantly by Bjorn Runge. It is entertaining, smart and very thought provoking; this is a wonderful movie for everyone, particularly today’s young women.

It may help them to gain an understanding about the social norms for their sex in the immediate decades following the end of World War II. It may also allow them to appreciate the barriers and boundaries their mothers, aunts and female cousins had to break through or down, so today, they would be able to live a far more equal, enlightened, exciting and rewarding life. It is a case of lest we forget.

Do Not Read Any More Unless You Want Spoilers 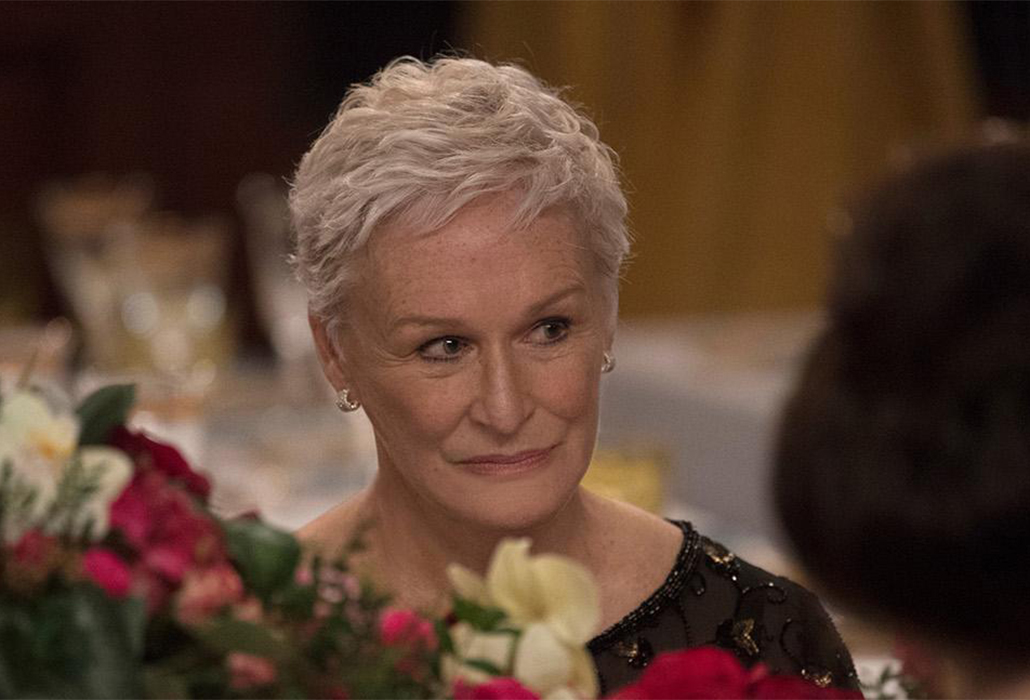 The Wife, features a stand out performance by Glen Close, who is quite simply phenomenal.

In every aspect of her face, she portrays the ingrained fear many women felt at the core of their being, about asserting themselves and bringing their own talents to the fore during that time.

This for me equalled her wondrous performance in one of my fav films of the late 80’s about the libertine ways of men and women during the eighteenth century, Dangerous Liaisons (adapted from the 18th-century French novel Les Liaisons Dangereuses by Pierre Choderlos de Laclos).

In mid-twentieth century society generally, women had become conditioned since the louche living days of aristocrats, to seeing themselves only as an appendage to the men in their lives. The men consequently looked at women as being subservient to them in every way and often treated them as nothing more than chattels. 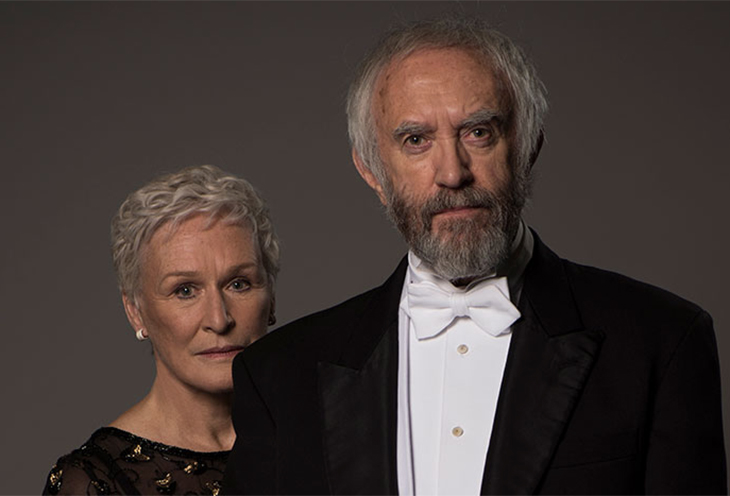 Women and in particular wives, were there to do as they were told. They were forbidden, not allowed, or encouraged (except by a few enlightened men) to express their opinions, or to disagree with their father or husband’s viewpoint, especially when in company. You can understand the outrage when Elizabeth became a young Queen and her husband was forced into walking behind her.

Penalties for a women’s indiscretion were also generally applied, behind closed doors. They took many forms, many of which only reinforced the inner deep-down fears they felt, but never never talked about.

This movie was very close to the bone for me coming from an often cruel controlling patriarchal family and so writing about it glowingly in many respects, is not easy, although it is what the script and the brilliant cast gathered deserves. 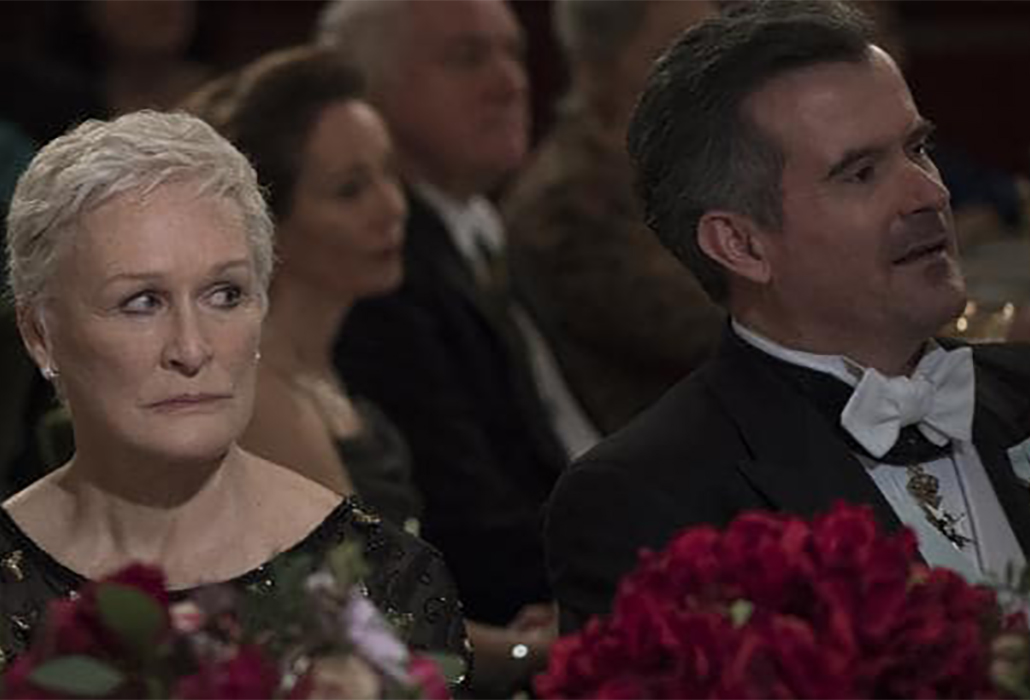 Throughout Joe’s life Joan has been there to take care of him. Take his coat, to make his lunch, wash and iron and to stand by his side when he asked her to, while shopping for and laying out his clothes to make sure he looks the part, wherever he goes.

When he is with his men friends boasting about their achievements and great life, she just fades appropriately away. It’s the sacrifice she, God willing, makes for their happiness.

Joan is generally completely calm in the face of all challenges and by exercising self-control can keep going slowly forward, while subtly simmering with resentment and contentment below the surface. It bubbles away for years. 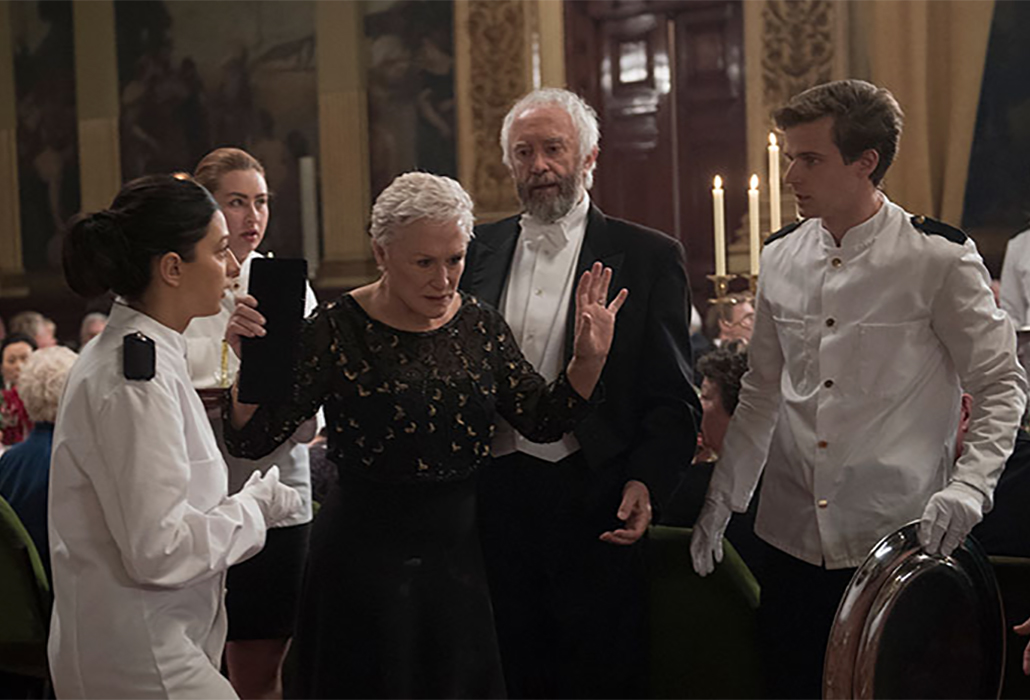 It is the danger of her completely losing her cool that is the constant threat for her husband Joe and so, he never lets her out of his sight, smothering her in every way possible and forcing his sexual rights when it suits his needs.

To understand their back story, we need go back in time to when Joe and Joan were both young during the 50’s and 60’s. Joe Castleman at this stage was already an insufferably pompous self-obsessed published short story writer, a married teacher with a child. 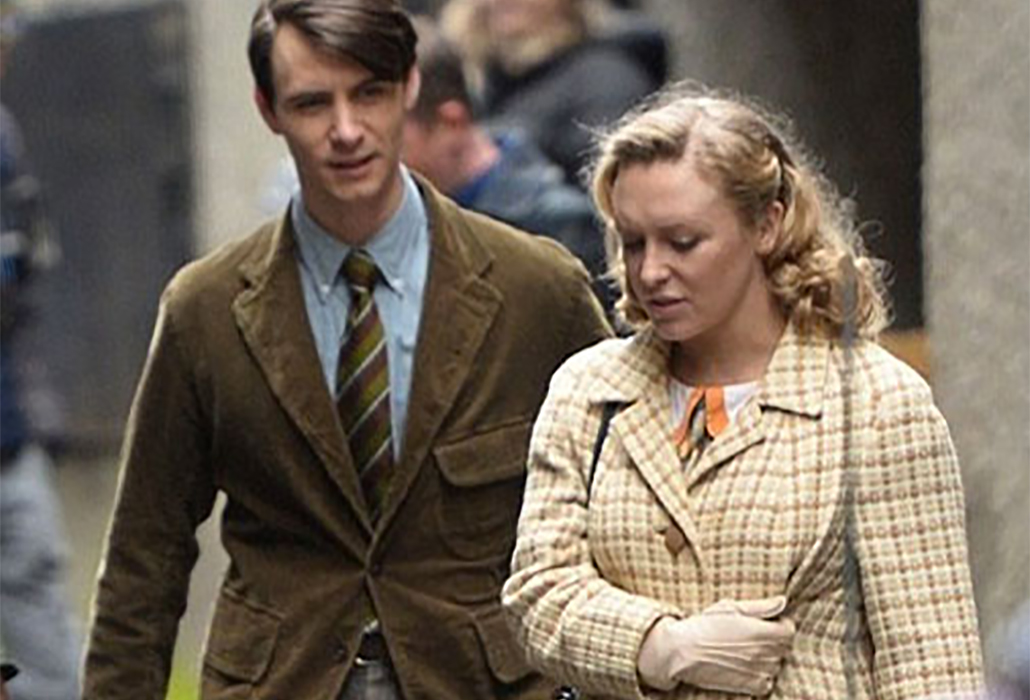 Joan is his bright very clever student at University, whom he targets for both his attention and an affair. He uses his authority to establish a relationship with her, addicting her to his charms although conquest is more than likely the original name of the game.

This was common practice at the time, with many men seeing it as their right to have and enjoy sexual exploits outside marriage, while demanding absolutely loyalty and fidelity from their wives.

Joan is much smarter than he thinks however, and she also targets Joe, babysitting for he and his wife, flirting outrageously, while writing a witty short story she calls ‘The Faculty Wife’. It becomes notorious on campus and is praiseworthy, clearly based on meeting his wife and it becomes an outrageously shared secret act between them. 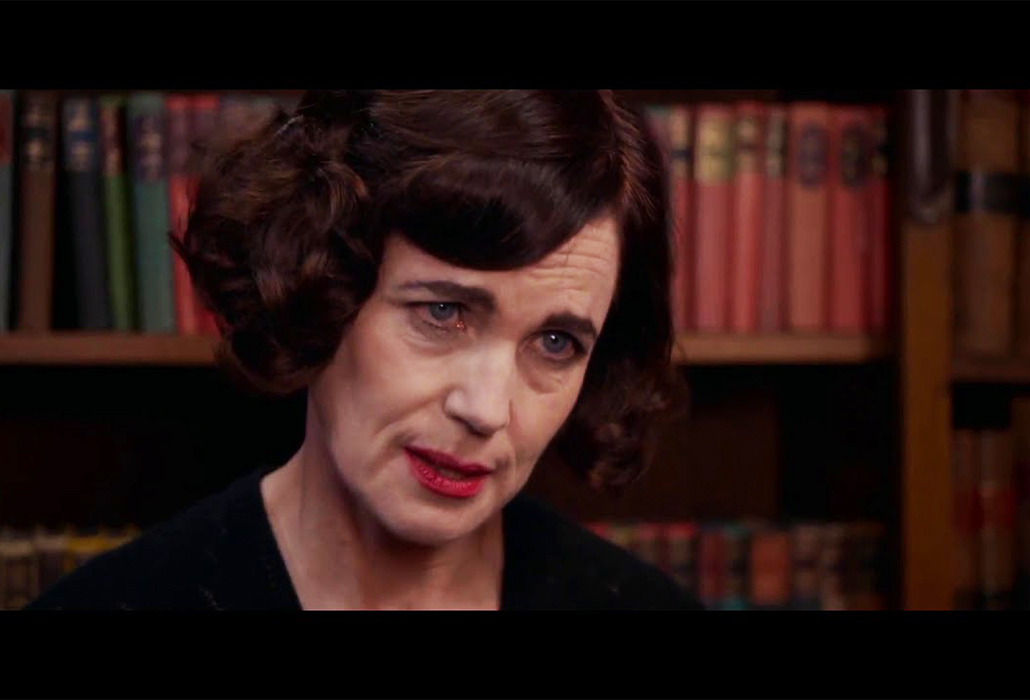 An encounter in a bookstore at a book reading with a disillusioned woman writer, played convincingly by Elizabeth McGovern, seals her young admirer’s fate for her lifetime. Advised to give up writing, Joan realises what her heroine said to her on that occasion was true, when going to work in a publishing house full of men.

There she is given menial tasks and is the butt of their jokes and she ponders that time won’t pass quick enough to enable enough radical social change for women writers like her to achieve the success she craves on her own. So, she cleverly introduces them to Joe.

Coming back to the present in the 90’s, Joe is being pestered on the plane by an annoying younger writer who wants to pen his biography. 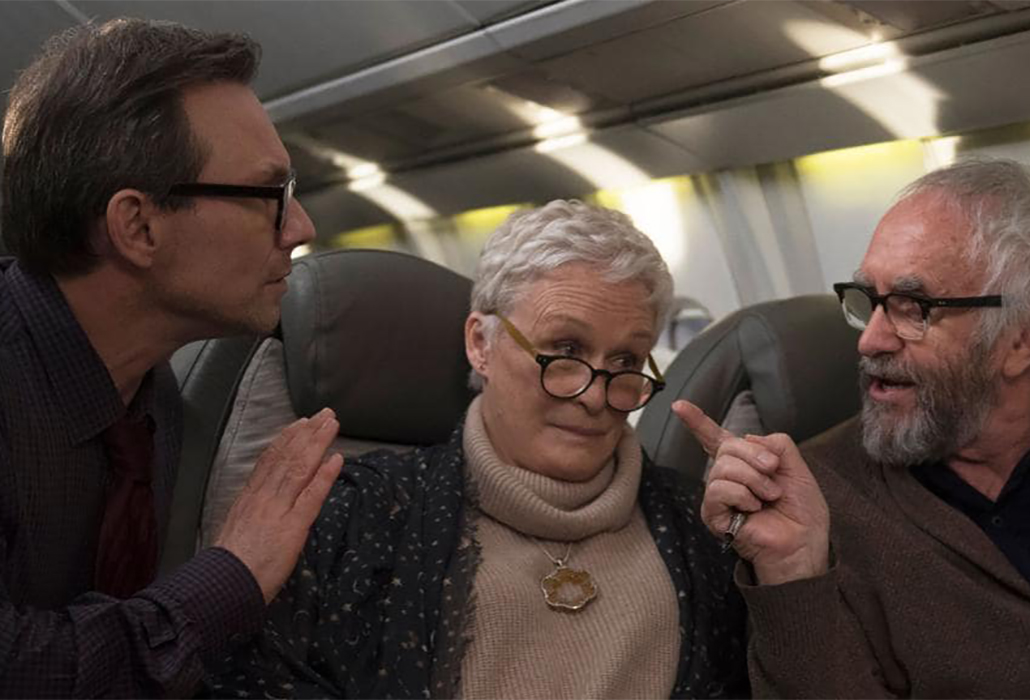 Rudely Joe dismisses his advances as annoying, turning his back on the younger man he considers in his arrogance, nothing more than a hack.

His wife Joan however is far more diplomatic and seeks to placate Nathanial Bone (Christian Slater), who then turns his stalker like attention on his target’s wife. 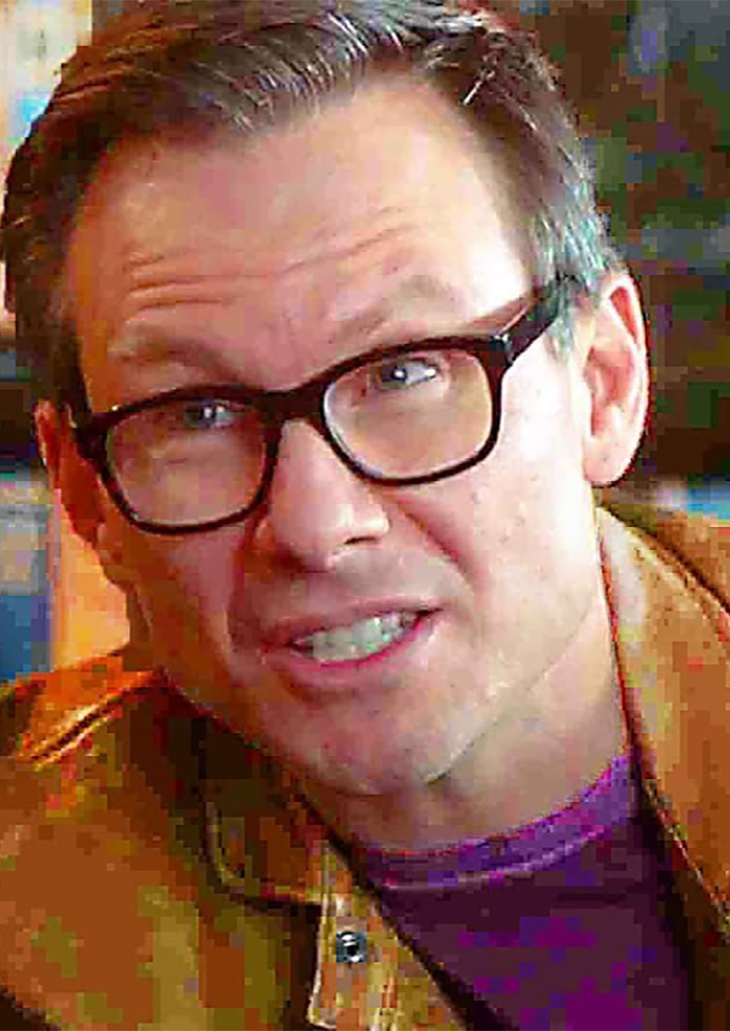 It has to be said Christian Slater is simply masterly in this role.

He realises there is so much more going on with Joan than she reveals over a drink in the bar.

He can’t quite put his finger on it… is it resentment, restraint, sadness, disappointment or is it perhaps jealousy she’s feeling while hiding her true feelings so well.

She sees and reads Nathanial far more easily than she thinks he sees her.

The danger will be however, if and when she finally erupts, letting all that smouldering emotion rise to the surface. And, it will come.

During their lifetime Joe’s eye has continued to rove, his arrogance allowing him to believe young women will become enamoured with him as an older man.

This happens again in the lead up to the ceremony in Sweden openly in front of his wife and son, as he targets another young photographer. Fortunately, by then, the young women of the day were already wise to the ways of their fathers and grandfathers and she quietly slips away. 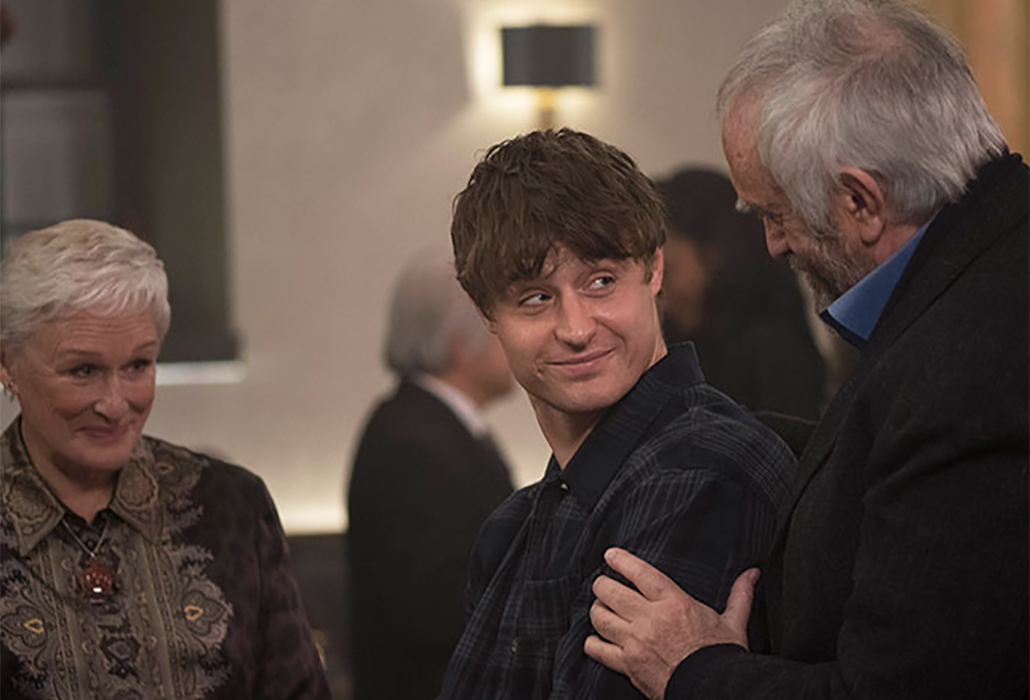 Their son David becomes an unwilling pawn in Joe and Joan’s game, and all hell breaks loose after he hears an idea put forward by Nathanial. They meet in a bar, where the writer not knowing who the young man is, tells him about his theory the male winner of the Nobel Prize for literature is claiming an award for work, which has actually been produced by his wife.

This triggers all sorts of unhappy childhood memories of his mother at a typewriter and doors being locked. The consequences to Joe and Joan’s big secret will be grave. The Wife certainly deserves high accolades and a plethora of awards.