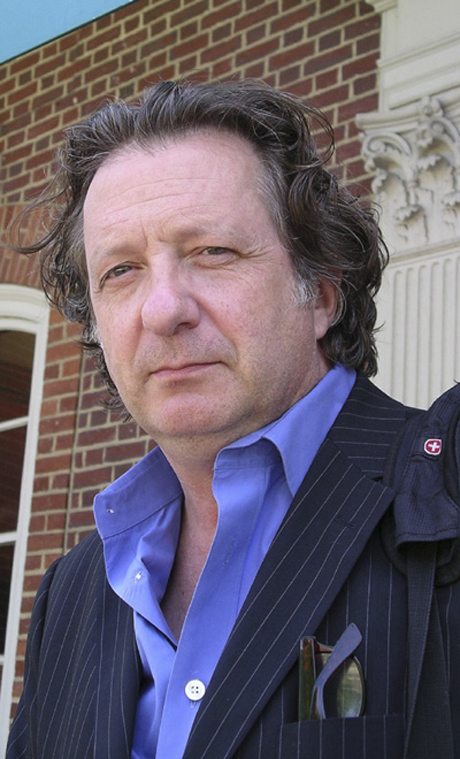 Eddy Harkness – a guy with a death wish or severely traumatised?

Work related trauma gets my vote. Eddy, the main character in Rory Flynn’s new suspense thriller, Third Rail, is a Boston detective with what seemed like a bright future.

Blamed for and haunted by the death of a Red Sox fan after a World Series game; Eddy has taken to repeating the fans tragic last run along the yellow line of the Boston Turnpike.

Dodging, not something Eddy does, he faces the oncoming traffic in a game where there are no winners only the chance to end the images that have taken over his waking hours.

Eddy is cleared of wrongdoing by the Boston Police Department but with public opinion against him, gets demoted. He is redeployed to Nagog, his home town just west of Boston – his job: empty the town’s parking meters.

Disliked by his immediate superior, Sergeant Dabilis, Eddy, performs his daily round with dogged determination accepting the shame and jeers that are part of his fall from grace… and then it gets worse.

After a boozy all-nighter with sometime girlfriend, Thalia, Eddy wakes up to a cop’s nightmare – he can’t find his gun. The police issued Glock has gone awol and Eddy needs to find it double quick or demotion will be replaced on his clipboard by dismissal.

The job description for ex-cop not something Eddy wants to think about, he re-traces his previous night’s steps. It’s all a blur and he’s beginning to suspect that he was drugged and maybe Thalia had something to do with it. 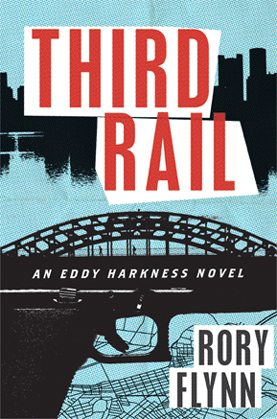 His search of surrounding lanes and interrogation of Thalia fails to give Eddy a lead on the whereabouts of his Glock. A scheduled weapon inspection looming, Eddy buys a plastic gun while he figures out the who and why of the Glock’s disappearance.

Nagog, a small town with the regulation number of corrupt officials, bad guys and girls has sinister undertones.

There’s a new drug in town – Third Rail, immediately addictive, take it and bad memories are re-run with good outcomes only trouble is: the more you take the more out of control you become and when it wears off the memories flood back worse than ever.

Eddy, caught up in the search for his gun, is worried Nagog’s community is headed for disaster if the town’s young people become captive to the new smart drug.

Not much he can do about it, Sergeant Dabilis tells him to keep right on emptying the town’s meters and Station Head, Captain Munro, a family friend, confides that if he keeps his head down, he’ll be back in his job in the Boston narcotics unit before you can say Bob or somebody else is your uncle.

Eddy, not making much progress with the hunt for the Glock, is on the scene when a guy, seemingly nuts, crashes his car into the town statue. Badly injured, he’s taken to hospital where Eddy renews acquaintance with the guy’s daughter Candace.

Candace is at the hospital with her partner Declan and their baby daughter.

Eddy pegs Declan as being weirder than weird and has a hunch that Third Rail and Declan have more than a passing acquaintance. Eddy tells Candace to call if she ever needs help and leaves the hospital… he’s got to find his gun.

Things start to heat up; looks like Nagog’s major gangster has Eddy’s gun and he wants big bucks in exchange.

Meanwhile Eddy finds the location where Third Rail is being manufactured and discovers the makers have planned a weekend party to launch it on the market with the inducement of try before you buy: free hits to all the guests.

Eddy decides to suss out the party’s riverside location.

His surveillance discovered, Eddy pilots a kayak down the river, pursued by a crazy avenger, he almost loses his life in the town mill race.

A young woman is found dead in the woods. Eddy goes to the Third Rail party determined to stop not only the party but the sale of this insidious new drug. A nail-biting rip-roaring conclusion had me turning the pages fast – Rory Flynn’s debut thriller is an accomplished work.

Dialogue convincing and appropriate, the pace never falters; I was right there with Eddy as he stood alone, and against the odds derailed the murderous spread of Third Rail.

I put these questions to author, Rory Flynn:

Mr. Rory Flynn is a rough-around-the-edges writer who migrated from telling stories in bars and pubs to writing them down in books.

It’s a very Irish storytelling tradition, in a way, to test your material live with drinkers before it gets to readers. Rory’s the kind of guy who comes to your house for a party, takes off the bathroom door and hides it, drinks all your booze, charms you with his stories, gets in arguments with people over nothing, signs all your books (even if he didn’t write them), and stays until three in the morning. Then he shows up at nine to apologize with breakfast biscuits and a nice bottle of TullamoreD.E.W. And to tell you where the bathroom door is hidden. Helplessly, you watch as he cracks the whiskey open and it all starts over again. Your day is done.

I wanted to create a different kind of cop, of course. Every crime writer wants to do that, create someone new. With Eddy, it’s the unusual combination of intuition, which lets him find hidden drugs and other evidence, and a strong moral compass, which leads him to do what he feels is right, even if it means going against the rules. He also combines a certain amount of smart sophistication (he went to Harvard!) with a street-wise toughness that comes from having been part of Boston’s very rough-and-tumble hardcore punk scene back in his youth. He’s also intimately aware of the Harkness family’s mixed heritage. After all, his father was a charming swindler. And he knows the centuries of history accumulated in Nagog, his colonial hometown, and beneath the crooked streets of Boston, the city he loves so deeply.

Well, there’s a long tradition of great crime/mystery novels coming out of Boston, from George V. Higgins to Robert B. Parker to Dennis Lehane. Boston’s in the middle of a new renaissance in so many ways. The restaurants don’t suck anymore, thanks to Barbara Lynch. The streets are cleaned up. The Combat Zone’s gone. The Seaport screams prosperity. We’ve got a great new mayor whose Boston accent is even thicker than the last guy’s. But there’s still a lot of violent crime and deep corruption – which all adds up to make the city a natural for fiction. For example, the last three Speakers of the House in Massachusetts have been indicted on felony charges. That’s got to be some kind of record.

Crime in Boston is different now – pockets of violence, more gangs (no more Whitey Bulger), unknown drugs, and a new breed of criminal. Smarter, faster, weirder, and more vicious. The Tsarnaev Brothers, accused of the Boston Marathon bombings, fit the bill – who saw that one coming? Boston crime writing has to evolve along with the city. And Eddy Harkness is a new breed of cop – smart and modern but tough and canny – who can navigate nimbly through the city’s many neighborhoods and social layers, taking the reader places most cops could never go.

4. You’ve orchestrated a punk rock sticker campaign for Third Rail. What is it?

Like Eddy, I did my time in the Boston rock underground back during its heyday. So I’m deeply schooled in the DIY ethos of punk. And slathering stickers of Third Rail’s cover all over the city (and way beyond) seemed like a suitably punk/heathen approach to advertising the book. And much more tangible than the relentless online shilling that every author has to do, contractually, for at least eight hours a day.

If anyone wants some stickers, all they have to do is go to my site – MrRoryFlynn.com and request ‘em. We’ll mail you a fresh batch. Just sticker responsibly, please.

5. Third Rail is named for the dangerous, popular, and fictional smart drug that is at the center of the plot. Are you trying to send any message about substance abuse?

I created Narco-Intel, Eddy Harkness’s fictional department within the Boston Police Department, to reflect the fast evolution of drugs from the usual list of four-lettered known suspects (weed, blow, junk, meth) to a myriad of unknowns, from repurposed prescription painkillers like fentanyl to super-strength heroin to nasty stuff like krokodil and bath salts. Because they’re wild cards, these drugs have more potential to damage, inspire bizarre behavior, or kill. And they give narcotics detectives like Eddy difficult, complex cases to solve. It’s not about street drugs anymore. Not with the Internet, pill mills, smart drugs, and smarter drug consumers.

6. Any teasers for the second book in the series?

Every book in the series centers around a new drug—who’s selling it, who’s using it, what does it make users do, and how can it be stopped? Those core questions drive much of the action. And in each book, the narrative camera is focused right on Eddy, so we experience everything he has to go through to get answers and ultimately, protect the innocent, and the not-so-innocent.

7. So you’re not going to tell us the title or anything about the second book.

No, you’ll just have to wait. Just like I have to. Rory says the Eddy Harkness series is really just one big book cut into a series of smaller books, all deeply intertwined. Lots of the same characters from Third Rail circle back and play new roles, as well as some new players arriving to mix it up. And Eddy grows and changes. If Third Rail is about Eddy’s fight to find his gun and regain his job as head of Narco-Intel, the subsequent books show how he puts this power to use, taking on more complex problems and daunting adversaries. All drawing from Eddy’s unique blend of toughness and vulnerability, humor and humility.

Thanks to Rory Flynn for the profile on Boston and life generally.

For the first time a major exhibition at the Art Gallery of NSW will explore the influence of a literary and artistic movement flourishing in Europe at the turn of the nineteenth century on Australian artists and their works. Symbolist artists sought to express and explore the emotional experiences of…