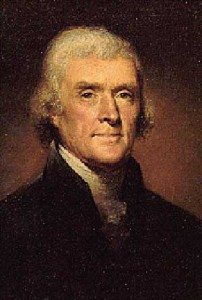 The study of architecture as a profession in our contemporary sense did not exist in the colonies of England when Thomas Jefferson (1743-1826) went to college in 1760. Many of England’s grandest tourists were gentlemen architects. At 17 he had an uncommon capacity for applying himself and he taught himself the rudiments of architecture. Using his meagre resources he read law at William and Mary, the only college in the Virginia colony, although architecture was not part of the curriculum. 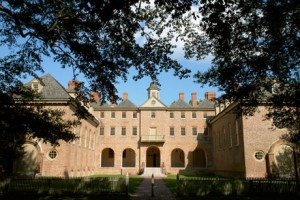 Now named the Sir Christopher Wren Building the first built at the College of William and Mary at Virginia is the oldest academic building still in continuous use in the United States.  It was constructed between 1695 and 1699 and tradition has it the original building was designed by famed English architect Sir Christopher Wren, who designed St. Paul’s Cathedral at London. It has been destroyed by fire three times in its lifetime1705, 1859 and 1862. Each time it was rebuilt, and for more than three centuries has been for all those who work at the college at its very heart and soul. As a young man Jefferson wanted to pursue fresh ideas inspired by a new rationality and climate of political and philosophical thought as well as enlightening creative ideas. He had the foundations of a classical education, he could read Latin and Greek and did so with great pleasure throughout all of his life. He absorbed all the literary knowledge he could about Ancient Rome – of her monuments and precincts of power and glory. Reading the classics and expanding his knowledge of mathematics aided his law studies, but they did something else as well. They stimulated the beginnings of a life long search seeking an accessible architectural language that he could embrace wholeheartedly. He discovered for himself the physics, metaphysics, mathematics, rhetoric, logic and ethics, which he researched and read during his time at William and Mary and they were indeed formative. were the indispensable tools to the geometry based neoclassical architecture he finally embraced, because it was the style of building that he had decided he preferred for his house Monticello.