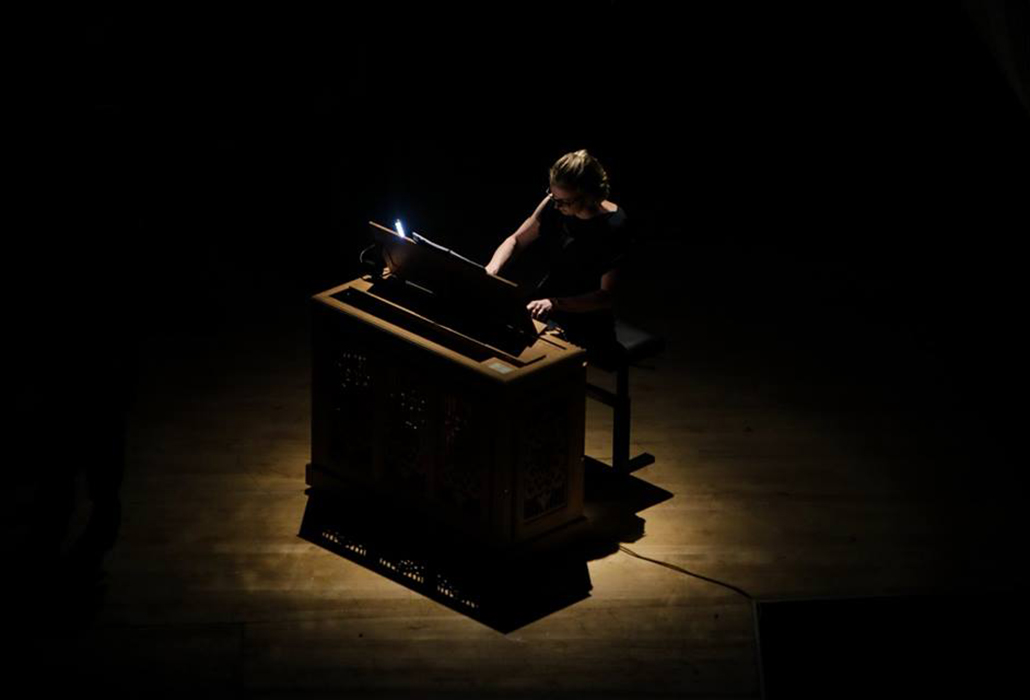 Absorbing the magic of the Australian Brandenburg Orchestra (ABO) with the Brandenburg Choir and guest soloist Maximilian Riebl in concert at the Melbourne Recital Centre, Saturday night February 24, to start their 2018 season, the program Thomas Tallis’ England provided the audience with an exceptional experience of incomparable richness.

The concert began with a challenging work played by organist Heidi Jones, who provided a splendid solo rendition of the Prelude in G Major by English composer Orlando Gibbons (1583-1625). It built exponentially from there, encompassing five hundred years of sacred and secular musical evolution, coming to a spine chilling thrilling transcendent grand finale; Fantasia on a Theme of Thomas Tallis by the twentieth century giant in his field, composer Ralph Vaughan Williams (1872-1958). 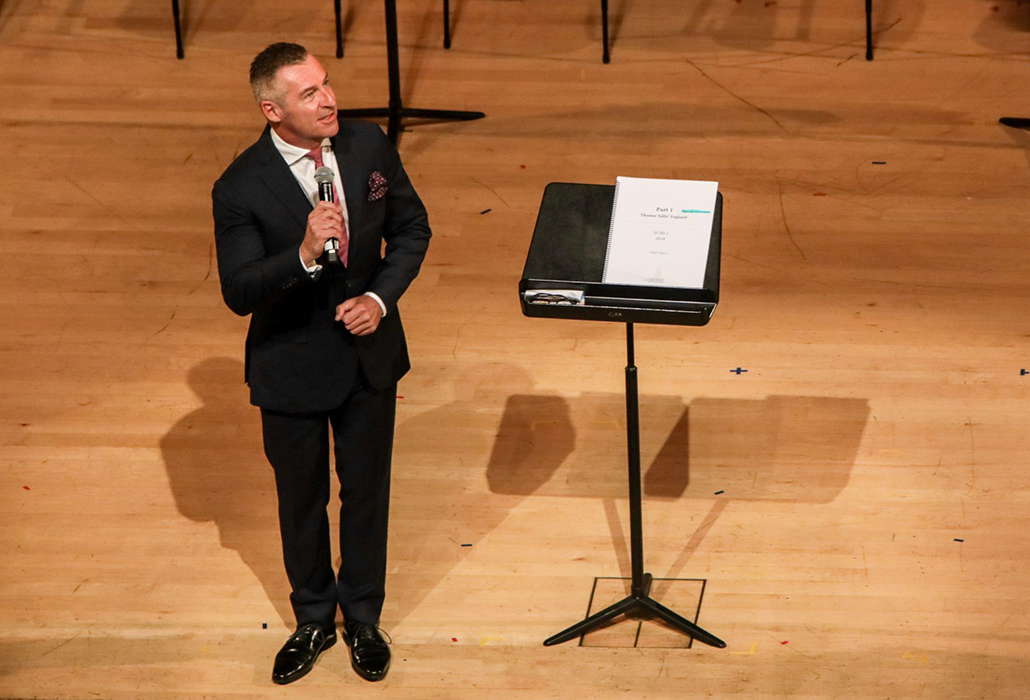 The glorious music played on this very special night invaded every aspect of my being. It was an evening notable for its superb programming of English early, Baroque and one later ‘modern’ music work, caringly crafted by Paul Dyer ABO artistic director and leader.

He came on stage to welcome back old friends and to thank new followers and supporters. The stage was simply set, all focus for the performance provided by dimming the lights and spotlighting the performers, empowering the audience to concentrate on the playing and singing. 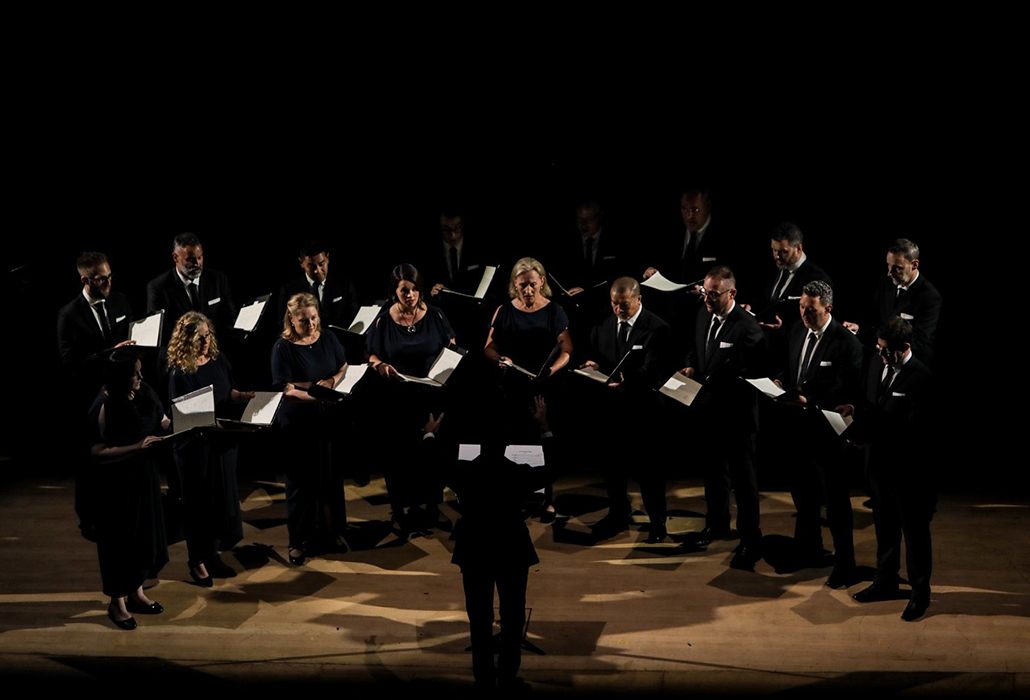 The arrival on stage of the Brandenburg Choir to impressively perform works by William Byrd and Orlando Gibbons a capella as ‘one voice’, provided a natural prelude to further works by Gibbons in which guest singer Maximilian Riebl and the orchestra joined in.

The haunting drop, drop slow tears did indeed bathe us all in glorious light, while the five-part anthem by Gibbons, Great Lord of Lords, was a pitch perfect introduction to his rich maturing countertenor voice.

During a decade of performing with the ABO, Max Riebl has proved to be a unique soloist, one who in this work was ably supported by his colleague’s countertenor Timothy Chung and bass, Craig Everingham. 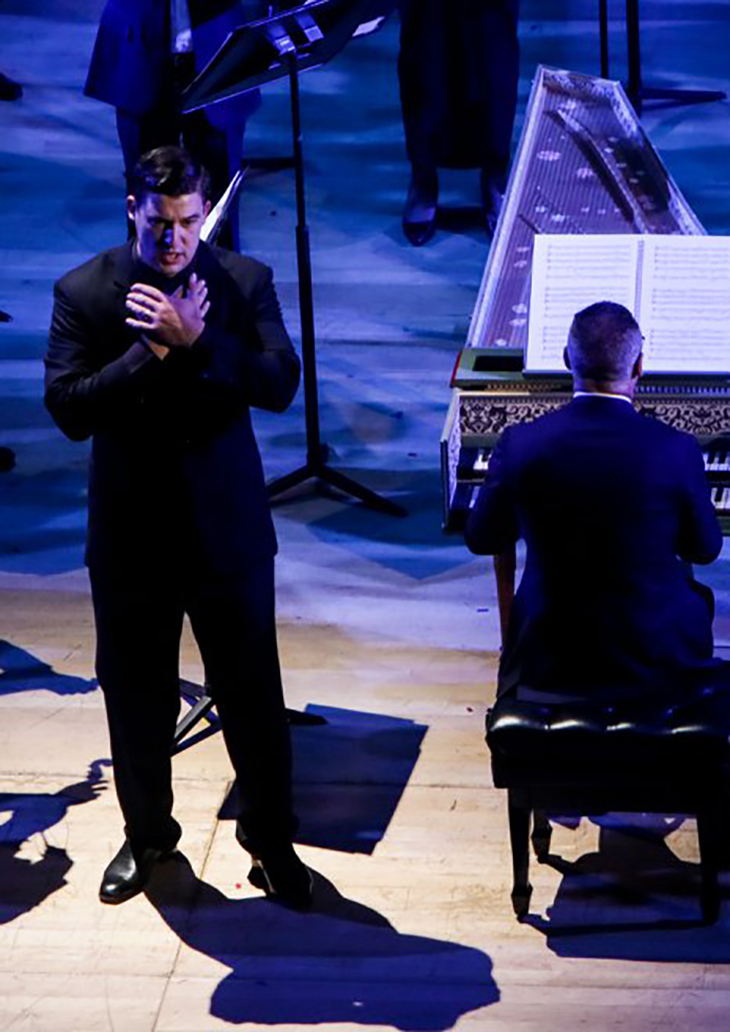 The choir excelled with their singing of Orlando Gibbons Hosanna to the Son of David, before the ABO gave full reign to the drama and grand manner of the Baroque style as they presented one of Henry Purcell’s marvels, the Overture and Rondeau from Abdelazer, often called The Moor’s Revenge.

Max Riebl singing Cold Song gave a thrilling, chilling atmosphere of great power to a song originally created for a bass voice, one today appropriated by countertenors all over the world.’

… I can scarcely more or draw my breath.

Let me, let me freeze again to death!

King Arthur was a work by the short lived but highly talented Henry Purcell (1659 – 1695) considered by many one of the greatest composers of the Baroque period in music.

A chorister in the Chapel Royal from 1680, Purcell’s theatrical music made his name familiar to a wide audience who knew nothing of his church music or the splendour of his songs written for the court.

Composing at the beginning of the evolution of the genre now known as ‘opera’, Purcell excelled at combining spoken plays or ‘masques’ with music for singing, dancing and entertaining.

King Arthur is a rare gem and it’s no surprise it has become an enduring success since it was first performed in 1691. 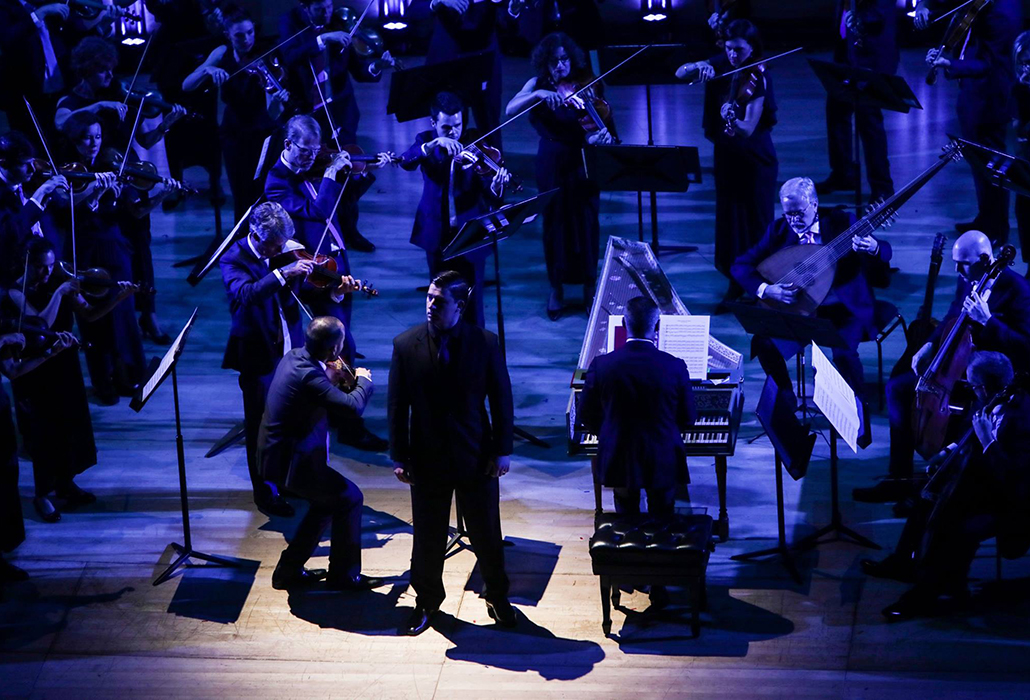 The orchestra again excelled with their rendition of the Concerto Grosso, Op.6/7: I Largo and II Allegro, by George Frideric Handel. Then Max Riebl sang with explosive dynamism, the stunning aria Fammi combattere from Handel’s fabulous opera Orlando. The audience went wild with delight. 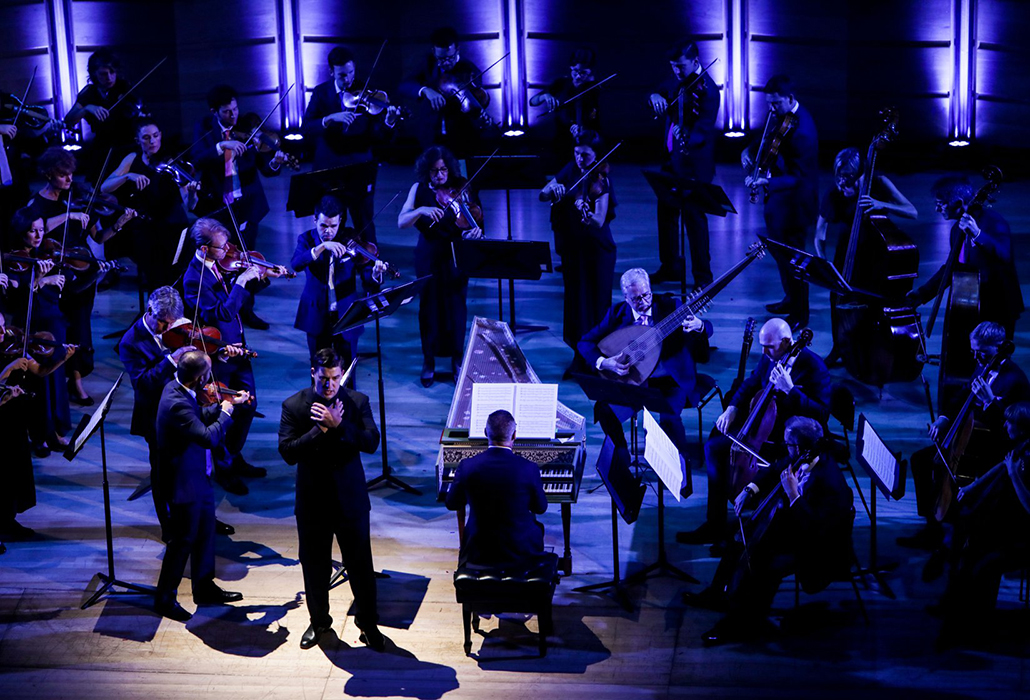 Interval gave us all a period to reflect and pause on what had been and what was to come. The atmosphere rose quietly again with the Curtain tune from The Tempest by Matthew Locke (c1621-1677), another organist at the Chapel Royal, who gave instructions this work of instrumental music was to grow louder by degrees. 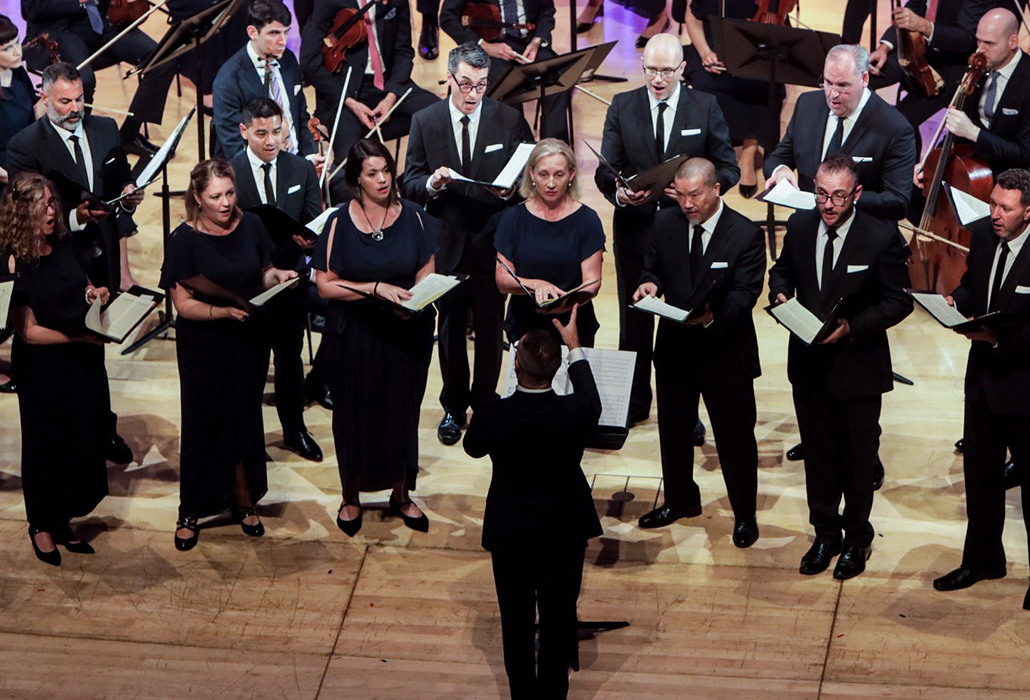 An enigmatic composer, Thomas Tallis remains as much a mystery as some of the sensational pieces he composed for four different English monarchs as he adhered to complex rules imposed by the Archbishop of Canterbury.

He has gained his place in the history of music because of the long lasting affect he and his works have had on others. The fact there is no likeness of him that has survived, only adds to his legend and mystique.  We do like to know what our heroes look like.

The choir thought provokingly sang a work usually performed at Christmas time, when ‘unto us a boy is born’. It is part of the mass; Agnus Dei from Missa puer natus est nobis. 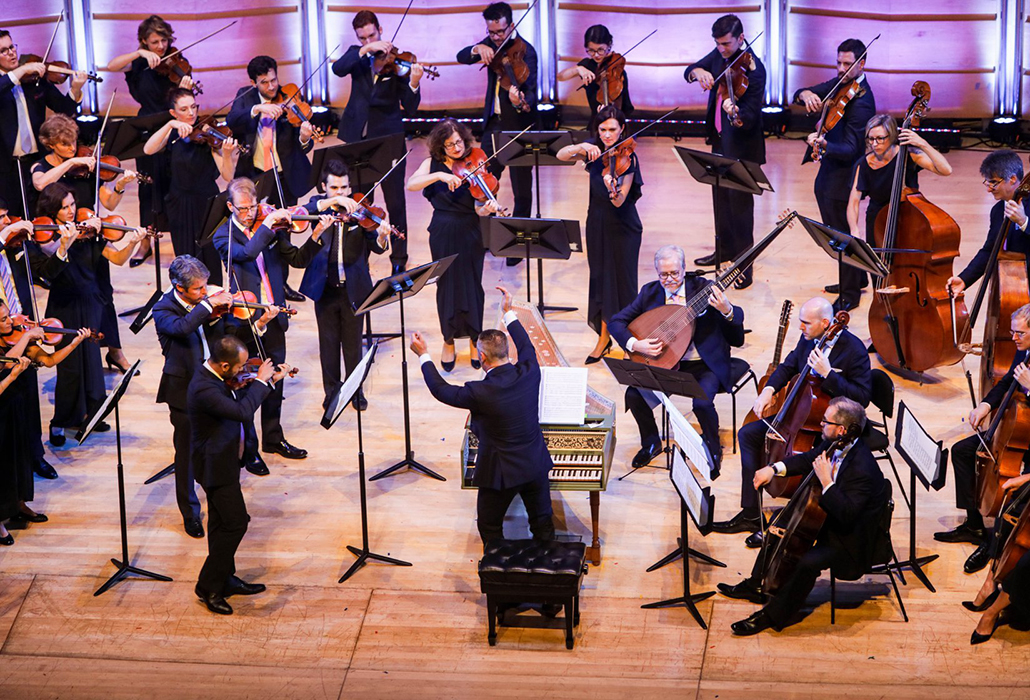 Then followed the composition, which was one of eight produced in 1567 by Thomas Tallis for Archbishop of Canterbury Matthew Parker’s Psalter – Why fumeth in fight.

This is the very work Ralph Vaughan Williams in the early twentieth century, used as an inspiration for his work, the simply fabulous Fantasia on a theme by Thomas Tallis.

During the latter part of the nineteenth and first half of the twentieth century in England, Williams helped bring about a rebirth of sacred English church music, giving it a new freedom while developing his own musical style, one that was highly personal and English to the core. 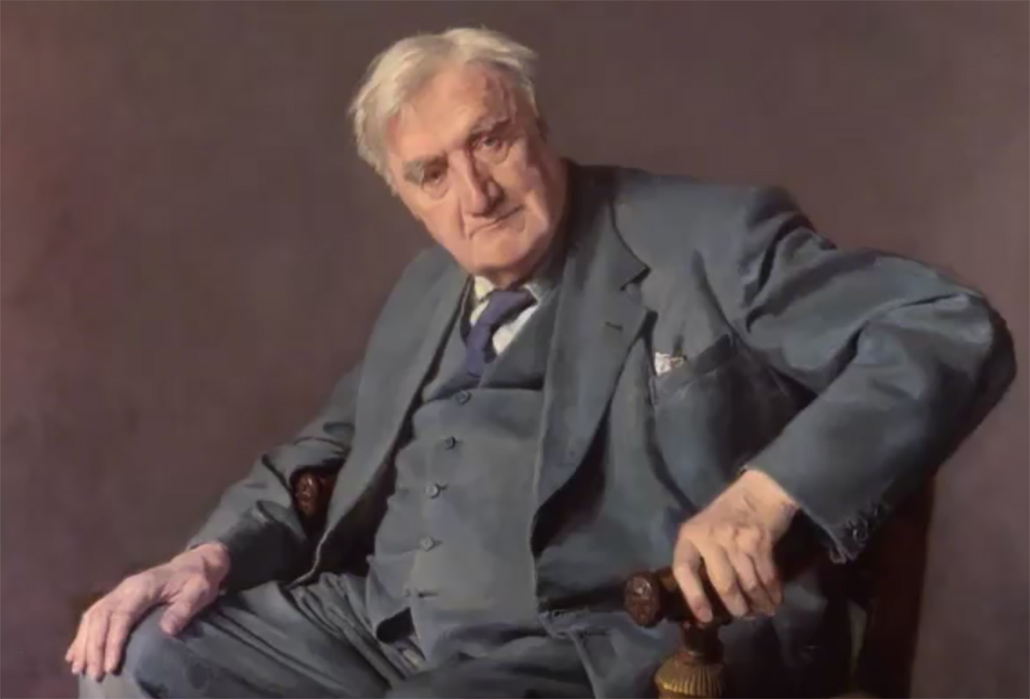 It was perhaps, as Paul Dyer told us just prior to the performance, the first time in the world the Fantasia was being played by an all period instrument orchestra, and they certainly gave it a depth of mellow beauty I had never encountered before.

Played with love and affection by the talented musicians of the ABO, it had been at Gloucester Cathedral in England at the end of the first decade of the twentieth century when the Fantasia on a Theme of Thomas Tallis was first played, conducted by its then already renowned composer.

It is for me as for so many others, one of the most stirring remarkable and most memorable pieces of music for all time. 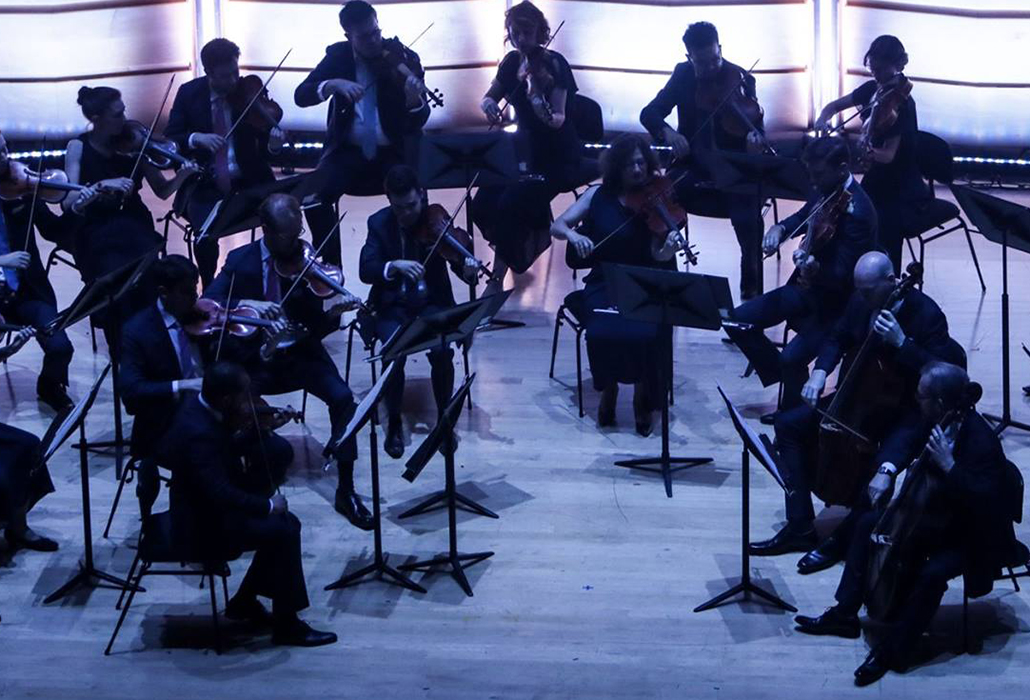 When I was a child and we heard it on the wireless, my father would always leave the room before it ended. I only understood when I was much older, this was because he was always so overcome by its transcendent beauty.

This night in Melbourne it would be no different; tears flowed around my companion and I, as those nearby had their souls filled to the brim. The Fantasia with its sad, sweet, painful and yet hopeful melody, wooed us all once more, embodying the human spirit with its haunting harmonies.

The special orchestra in two parts put together by Paul Dyer to perform this absolutely fantastic Fantasia on a Theme of Thomas Tallis, perfectly excelled themselves in capturing its brooding beauty, reverential ambiance and ethereal qualities, while elevating the concert to the ranks of sublime music as art.

Thomas Tallis’ England was a triumphant start to a new year ahead of simply fabulous period music by the orchestra born to champion its many great qualities and most especially, its beauty.