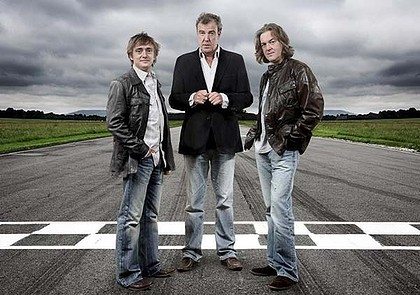 A story in the press today about a gaff by Britain’s Top Gear host Jeremy Clarkson should give us all pause for thought. Mr Clarkson, just like many other celebrities, has discovered success and fame come at a price. However it is often not just paid in dollars, but by the society that offers its support.

Mr Clarkson there is simply no occasion, in any way shape or form, when it is acceptable to denigrate an individual, or group of people through a careless remark, especially about those with special needs, those who are disabled or disadvantaged in society and for whom often, just the daily ritual alone requires a great deal more effort than the rest of us.

Like it or no, you are a role model for millions of people world wide and your casual remark would have been deeply distressing for millions had it gone to air. Good on you BBC for stepping up to the plate and editing it out.

But is this what you, Jeremy Clarkson is really all about? Well no, I don’t think so. It was a gaff. So Jeremy, come on, it was also a gaff not worthy of you, or your co hosts, who will no doubt bear some fall out flack from this as well.

I have been an avid watcher of Top Gear over the years in Australia (since SBS days on) and, like many others,  I have always admired your way of cutting through the bull s%$#@ to say it how it is, or to offer a point of view, which is often hilarious. Watching you get yourself out many different situations in other countries has been wonderfully amusing. Your refreshing, entertaining and outgoing style really works well with your choice of subject, cars.

But Jeremy, now that the media has ensured we all know about your slip up you need to offer a sincere apology. Be gracious and let us forgive you. Then you can go forward.  If you don’t, then perhaps the only way of letting you know that there are limits is by switching off.

The Age newspaper in Melbourne this morning had a voting section about the gaff….’Was the BBC right to edit out Jeremy Clarkson’s ‘special needs’ joke and apologise for it?’

As at 10am this morning Yes, it was offensive to the disabled and way out of line was at 11%   and …No, it’s typical Clarkson humour and political correctness gone mad was at 89%  – Total votes: 3917.

Now it is my hope this vote really does not reflect what is happening in our society or the shaping of its attitudes accurately. If it does then, it is more than alarming.

Talking about people with special needs, in my experience, is a very sensitive area for comment in Australia. Perhaps it is to do with a fear of being seen to do, or say the wrong thing. So instead of saying something, or facing up to our attitude about this issue, many Australians just opt out?

Anyone who has grown up with someone placed in the position of having special needs, either through an accident at birth or by the vicissitudes of life, understands that basically everyone no matter what their circumstances wants to enjoy life just like everyone else. And, they want to be treated decently by their peers and colleagues.  In 2010 it really should be natural for us to know how to be with all members of our community through education by parents and educational institutions and, by open communication and frank discussion.

In the 50’s my brother was severely disabled by polio, a debilitating disease of the body, not the mind. But the emotional cruelty, the casual well aimed remarks and disgraceful treatment suffered during his formative years at the hands of his peers, and adults, was nothing short of horrific. He was not alone. There were many returning soldiers from World War II and Vietnam who found themselves outcasts in the very society they were fighting to protect. So society had to learn all over again how to be, and act civilized. By the 80’s it was good to know my own sons were growing up in an atmosphere of changing attitudes.

Today special needs people acknowledge they need help practically. It is good that concessions like forward parking spaces at shopping centres, motorized wheel chairs, seeing eye dogs as well as braille trails, warning grids and warning sounds attached to traffic crossings are provided throughout modern city and urban precincts. These are all now legislated at local, state and national government levels and automatically provided in all major development projects. And, it has taken four decades to get there due, I have no doubt, to a dedicated few. However changing societal attitude is something else. That can only happen when we collectively say no, you have gone too far when someone does stuff up.  Especially a celebrity. And we have seen a bit of that with others in the limelight over the past year or two.

It has nothing to do with ‘political correctness’. It is about human decency and respect.

Misunderstandings and making mistakes are an important aspect of our development as individuals, as a community, culturally and as a global society.  We need to appreciate and support each other in every way possible. Hurtful comments made on such a huge scale via internet and world wide media are not a part of any twenty first century enlightenment agenda that I know of. When we accept that then, and perhaps only then, will we be able to continue to progress and mature by fault.

Mr Clarkson…please say sorry, then get on with it so you can ensure that everyone remains in top gear.

Monday 5th of May saw fashions finest descend on The Metropolitan Mueseum of Art in New York City. The Costume Institute Gala or the Met Ball as it is fondly known, is THE Oscars of fashion. It is one of the most exclusive events in New York City and at…