Tognetti’s Mozart, will play nationally in Australia, from the 2 – 16 February 2013 and feature the leader of the Australian Chamber Orchestra, Richard Tognetti (1965). His recordings of this, so many people’s favourite classic composer, are internationally lauded as ‘some of the best on offer’. The consistency and the sheer brilliance of his playing has been captivating audiences and demanding attention since 1989 when aged 23 he first strode on stage at the Opera House as part of what has become under his direction one of the leading chamber orchestras of the world. Mozart’s Symphony No.25 is the dramatic opening music in the Academy Award winning film Amadeus, which was inspired by Haydn’s thrilling Sturm und Drang symphonies, such as No.49. Tognetti will perform this landmark piece on the program. Launching the 2013 season late last year with a bang, Richard Tognetti played his favourite Mozart, the Violin Concerto (No.3), which will also feature on this program. The tour starts this Saturday in Canberra, then Melbourne, Adelaide, Perth, Sydney. Tognetti’s Mozart features Richard Tognetti Director & Violin and Brett Dean Conductor & Composer (Electric Preludes). The Program includes the HAYDN Symphony No.49, “La passione” DEAN Electric Preludes* (Australian Premiere) MOZART Violin Concerto No.3 an MOZART Symphony No.25. The opportunity to hear Richard Tognetti perform one of Mozart’s enchanting, theatrical violin concertos is not to be missed. Click here to download Program and to BUY TICKETS 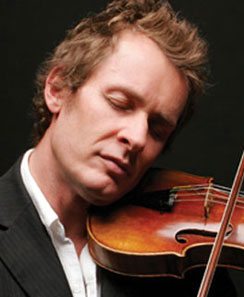 If your knowledge of Jamaican history is limited (mine was) then Anthony C. Winkler’s The Family Mansion will have you searching for more – it’s a great read