Have you ever walked out of the cinema and thought about a dress or a shoe that was featured?

I remember seeing Sex And The City 1 and falling in love with a raspberry pink woollen scarf that Carrie wore in one of the scenes. It was a stunning, Chanel chunky cable knit, long, luxurious and the perfect colour.

I have never managed to find one the same, but I have also never forgotten it.

I have chosen the following for my ‘Top Ten’ movie fashion moments. 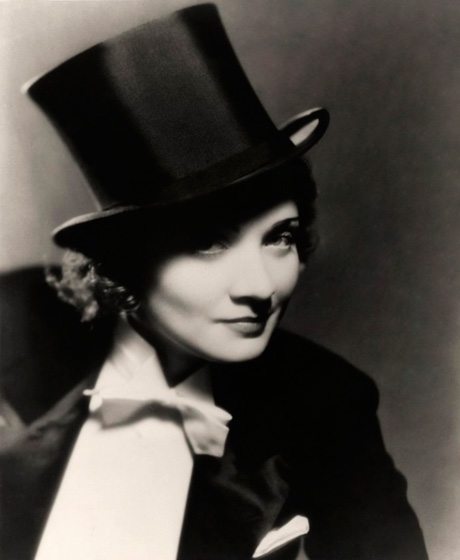 I feel that each contributed to sparking the trends of their day, and still influence fashion today.

She made the tux famous way before YSL put them on the catwalk.

Her transformation by Albert Wolsky, from sweet Sandy, to vamp at the school carnival gave John Travolta chills, and he wasn’t the only one!

Who didn’t want a pair of those spray on pants? 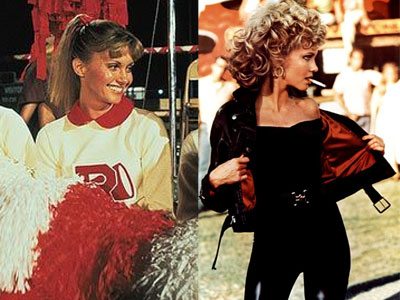 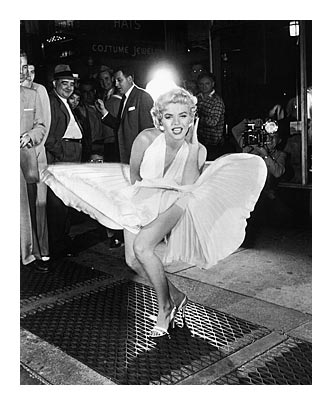 William Travilla worked with Marilyn on eight films. While he claimed to have designed the dress on holidays with his wife, some speculated it was bought off the rack.

Either way the subway was never the same! 7.  Pulp Fiction Uma Thurman 1994 . When Betsy Heimann put Uma in that white shirt and those Chanel rouge noir nails, she sparked a trend that is still with us today.

Not to mention that fantastic black bob. She rocked it! 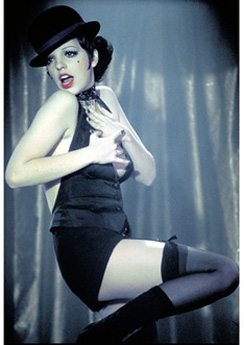 Bowler hats and hot pants made the world go around! 5.  Flashdance Jennifer Beale 1983 was the year of slouchy boyfriend jumpers and leg warmers. Michael Kaplan set a trend that was accessible to the masses, and we embraced it. Santo Loquasto designed the famous “pyramid jacket” that caused the mistaken identity plot of the movie.

Madonna’s own style was channelled, and she was in her element.

Lace, midriffs, bracelets and rosary beads were to be found at every nightclub. Ruth Morley, who had worked with Ralph Lauren, collaborated closely with Keaton.

At the time, women all over embraced the waistcoat, and raided their mans tie collection.

A new, relaxed style was born. 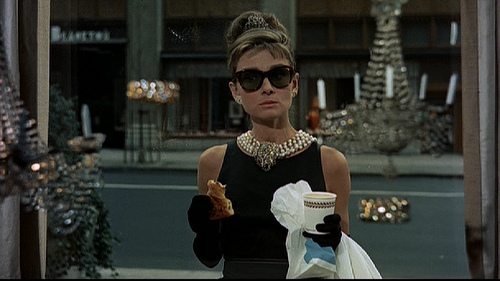 Every outfit was a winner.

From the opening scene in that stunning black dress to getting caught in the rain in a classic trench, Edith Head and Givenchy were a dream team. Theadora van Runkle dressed Dunaway in the original version, and also in 1967 and 1969 for Bonnie and Clyde, and The Arrangement.

Dunaway was such a fan, that her 1968 Oscar gown and the rest of her off screen wardrobe was designed by this talented lady.

Michael Kors was responsible for making Rene Russo smoulder in the 1999 remake. 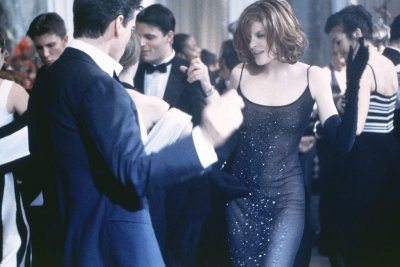 He had just been appointed as head designer at Celine, reviving the label and creating sumptuous style.

Every outfit in that movie was a winner for me.

The cuts were classic, and the fabrics perfection, divine!

Russo looked fantastic in that fabulous see through dress to dance in. Wow, all the men in the audience went into meltdown!

As all top 10’s are a personal choice, unless sourced through a survey, I have thought hard about mine.

I would love to hear your thoughts.

Do you have a favourite movie fashion moment?