It’s amazing how hair has such a huge impact on fashion.

Why do some styles become the hottest look for the season or even the decade?

This week I’m exploring the top iconic hairstyles over the decades and why we loved them.

This meant hairstyles too.

After years of long hair worn up in romantic styles, women needed a change.

What better way to embrace that than reaching for the scissors!

Movie star and “it” girl Clara Bow wowed the masses with her “flapper” image and her bobbed hair.

Seen as risqué, men wanted her and women wanted to look like her.

It was an escape out of the constraints of Victorian times. Skip forward to the 1940’s and Hollywood was in full swing.

Talking pictures were the hit of the day and so was sultry blonde Veronica Lake.

The trademark flaxen waves and peekaboo side part was the softness women needed after the hardship of the 2nd world war. Bring on Dior’s New Look, silk stockings and lipstick that had been so hard to come by during the rations of war. Marilyn Monroe was arguably the most famous face of the 1950’s.

Her unmistakable platinum perfection, paired with ruby red lips had men going wild and women running to the salon.

Blondes do have more fun!

Still in the 50’s was raven haired beauty Elizabeth Taylor.

Their styles were very similar.

Shorter and pushed back from the face, drawing attention to their eyes.

During the swinging 60’s the girl of the moment was Twiggy.

Her elfin crop defined an era and created an androgynous look.

Before Twiggy was the polar opposite, blonde bombshell Brigitte Bardot.

In one of her early bit parts at the movies not even acknowledged until a decade later, she was in the epic Helen of Troy standing briefly alongside Rossana Podesta the face that ‘launched a thousand ships’…

…the men in the audience didn’t miss her though with that gloriously tousled hair. Her signature half up, half down tousled mane had that sexy “bed head” look.

It’s a style that has been recreated time and time again, most notably in the famous 1990’s Guess campaigns starring Claudia Schiffer and Anna Nicole Smith.

Ash blonde curls, her signature look, defined an era when everyone wanted to be a “Charlies Angel”. 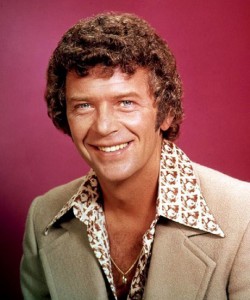 Also huge in this decade was the afro. Men and women embraced the “fro”, even Mr Brady from TV hit “The Brady Bunch” had a perm! What a funky dad! The 80’s were all about power dressing.

Big shoulders and bigger hair were de riguer, and two of our favourite ladies wore it well.

Her sweeping fringe covering shy eyes and sloane ranger style would be copied by millions. On the other end of the spectrum was a pop sensation named Madonna.

Bold and brash, she had a “take no prisoners” attitude.

Her messy mane with big teased fringe had us all “Desperately Seeking Susan” style.

Flip into the 1990’s and the biggest show to hit our screens was about a group of 3 guys and 3 girls who would gather at Central Perk for a cup of joe. “Friends” was a winner and so was “the Rachel”.

Jennifer Anniston’s hairstyle named after her much loved character spawned lookalikes everywhere, and I must say was flattering for most faces. Meg Ryan was the quintessential girl next door and her “shaggy Sally” do was ideal for this relaxed era.

This look could be slightly grungy depending on how it was styled by Ryan’s celebrity hairstylist Sally Hershberger, who overnight became a sensation.

Meg’s grungy locks, a bit longer also suited her character Sally, you know the one who met Harry. “I’ll have what she’s having”!

A new century with the welcoming of the year 2000, things were looking sleek.

Gwyneth Paltrow’s shiny slick style was worn everywhere and three letters were being whispered by the most elite fashionistas, GHD. It was the straightening iron that would eventually tame frizzy manes across the globe.

Women that had always wished for “hair that moved” as Bette Midler did in the movie “Beaches”, had their dreams finally come true.

This look has stayed with us, and with the invention of keratin straightening products it has enabled the most unruly mops to be kept under control for months at a time without a compromise to condition of the hair.

What we have been seeing is a return to a softer, more relaxed look. Beach waves are in every magazine, red carpet and catwalk these days.

You could say that Veronica Lake’s influence from the 1940’s has come round again.

Everything old is new again!

Next week we are all about dreaming, dreaming of happiness, health and hope. From Sunday 8th until Saturday 14th of September 2013, the cosmetic industry in Australia supports Dream Week. So if you are in the market for a new lipstick or gloss, purchase one during Dream Week, from Myer…