The exhibition Treasures from The Palace of Versailles will be at The National Gallery of Australia (NGA) in Canberra, Australia’s national capital from December 9, 2016. Exclusive to the NGA the dazzling display will be showcasing masterworks of art and design created prior to the Revolution in France, many for the chateau at Versailles, which gained for France supremacy in the arts throughout the eighteenth century.

It’s a once in a lifetime experience. King Louis XIV (1638-1715) expanded his father’s hunting lodge outside Paris to accommodate his home and his court. His reign of 72 years would be the longest in European history, described as one of incomparable brilliance in an age of French literature, music and art.

Set to ravish the senses, Australians will be sure to be bowled over by the quality and beauty of the paintings, sculptures, intricate tapestries, gilded furniture and other objet d’art, including marvellous statues from the Royal gardens, together with personal items. Marie Antoinette Playing her Harp in her chamber at Versailles

Looking for the land ‘down under’ lured the French in the late 18th century to come searching in the South Pacific for new horizons and opportunities. When Napoleon Bonaparte became First Consul of France in 1800 he authorised Nicolas-Thomas Baudin (1754-1803) to explore, chart and claim Australia’s southern coast and call it ‘Terre Napoleon’.

Baudin gave the names ”Golfe Bonaparte”, ”Hortense Bay” and ”Golfe Josephine” to various sites on the Australian coast and originally the State of Victoria was an integral part of Terre Napoleon. Today our libraries and museums are very rich in the records of these pioneers whose enduring story is a tribute to the very powerful French connection between France and Australia.

‘The authenticity of this cultural experience will leave a lasting imprint on all our visitors’ said Dr. Gerard Vaughan AM, Director of the NGA about the exhibition, which is the first of its kind outside France.

You will be able to enjoy a great range of events including Art for Lunch, On Gesture a Lecture & Music, Marie Antoinette Taking High Tea and Deceived by Fashion. Fashionable concerns were very much to the fore during the reign of Louis XVI when his wife Marie Antoinette was painted several times by Marie Élisabeth Louise Vigee Le Brun (1755-1842). One of the great portrait painters of her period in history, Le Brun triumphed over long entrenched prejudices to enjoy a career made possible by becoming Marie Antoinette’s favourite portraitist.

The Queen recommended her paintings be hung at the French Academy of Painting, where she became one of the first lady members admitted. 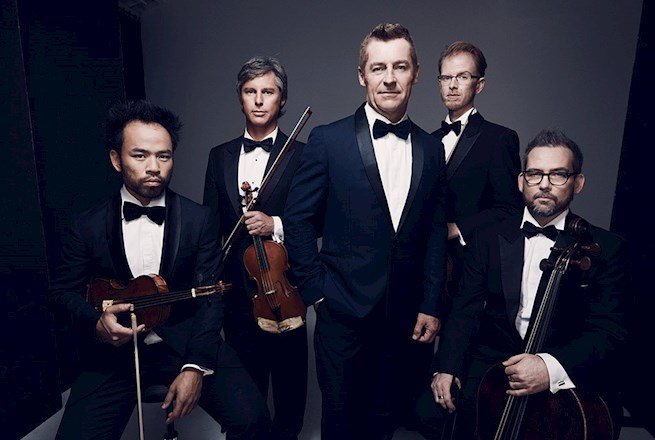 The King’s Passions: The Music and Art of Versailles, a concert by the Australian Brandenburg Orchestra will take place on February 11, 2017 around a special visit to the blockbuster summer exhibition.

The ‘Baroque’ phase would forever change the atmosphere of the world, helping those seeking to make the modern world. This music of friends, reflected the notion that man and nature were in harmony with each other. At thirteen years of age an Englishman who witnessed the ceremony that marked the end of his minority, described the future King Louis IV (1638-1715) as a young Apollo.

The amount of references to Apollo as a symbol of light, the Sun King that are incorporated in and around the chateau at Versailles in its ascendency to become the home and court of the three Kings of France, it is reasonable to assume that Louis IV concurred with the viewpoint.

He wanted to show the world that he ‘could surpass the best of whatever was being done elsewhere’.

He gathered a host of talented artists to work at his court, as he extended his father’s former hunting lodge into a home fit for a King.

The success of opening up world exploration, the birth of the sciences and a prevailing mood of absolutism at the court of Louis XIV where drama and dance provided a backdrop to, and an impetus for change, meant that a love of life as cherished by the ancients was once again expressed through music. For his patron’s pleasure his favourite court composer Giovanni Battista Lully (1632-87) created memorable court entertainments, including superb instrumental works. Louis XIV woke up to the sound of a band in the courtyard and seldom was an orchestra not playing.

When he went boating on the canal with his friends in gondolas in summer Lully and his musicians, were set up on a floating platform to perform. Louis XIV Dining, inviting the playwright Moliere to join him After enduring a particularly nasty operation in 1686 the King when he recovered visited the girl’s school of Saint Cyr, which he had helped to fund.

Three hundred pupils turned up to sing an anthem with words by Mme de Brinon, which had been set to music by Lully, the latter of which has sadly been lost leaving only the defining words to remain Can’t wait to see the show.

Treasures from The Palace of Versailles The Hall of Mirrors at Versailles, breathtaking virtuosity

The National Gallery of Australia (NGA)

I love surprises, and Bologna, the largest city of the Emilia-Romagna region in northern Italy was like a gorgeous gift you never expected to receive! After having switched to Plan B after bad weather in Capri, 16 degrees Celsius and violent storms to be precise, we travelled north to skip…