Always fabulous to have news of a ‘mysterious benefactor’, especially one who forms a significant collection of art and then leaves it to the people of Australia and posterity.

Howard Hinton (1867-1948) was indeed such a man, although it would be fair to say not many today would have ever heard of him.

His artist role call reads like a whose who of Australia’s considerable society of artists, who gathered in colonies and special places around the country and by the time I was first interested in their efforts in the late 50’s, they had become legendary. Belinda Hanrahan, Director, Hazelhurst Regional Gallery and Arts Centre noted that “… the story about this shy man Howard Hinton and the story behind his collection, is one of the most intriguing in the history of benefaction and art philanthropy in Australia”, she said. Hinton developed his collection because he was all about encouraging artists, educating students and wanting to contribute to a wider appreciation, by giving benefit and enjoyment to the public.

Apparently he kept only a dozen or so works hanging on his North Shore rented room’s walls, with several more in a metal trunk by his bed and the rest he gave away.

He began donating works from his collection to the Armidale Teachers’ College in 1929, and, by the time of his death in 1948 had donated over 1,200 works

One of his close friends, Norman Lindsay, once wrote:

“He worked hard on his business career, but only to acquire money to devote to art, spending nothing on himself.” 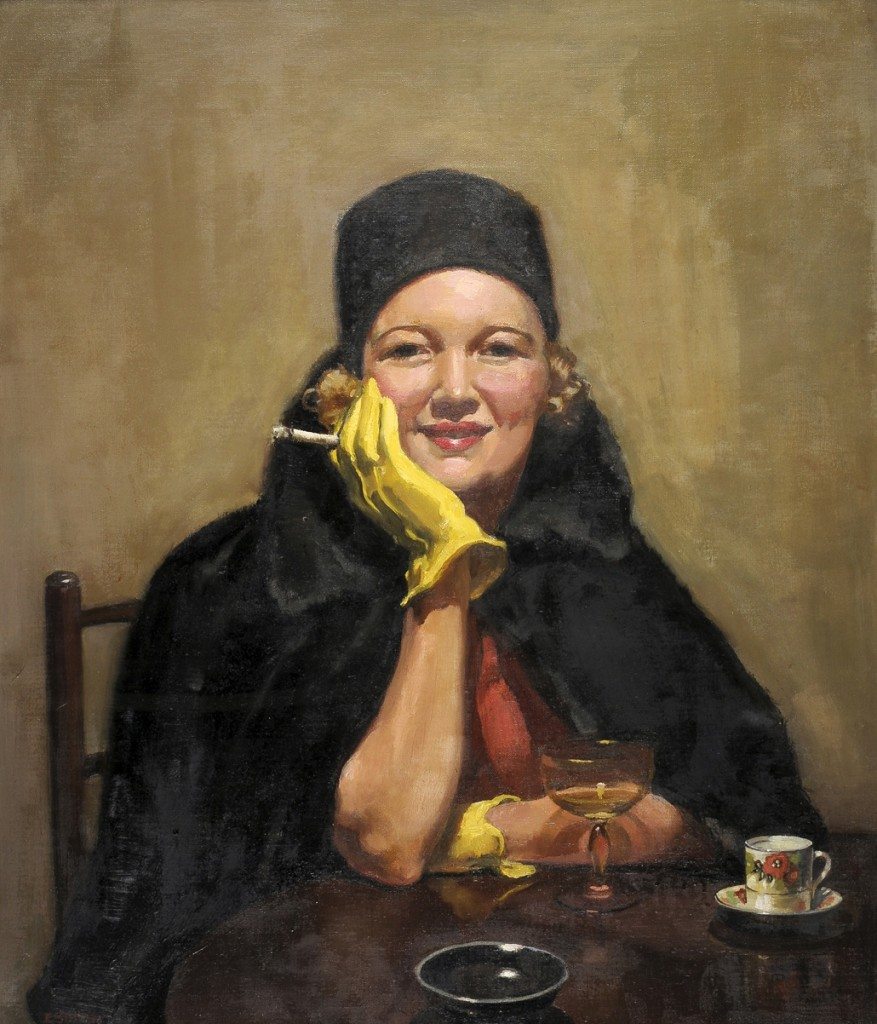 Writing to the Secretary of the Department of Education in 1947 Hinton said: ‘My object was to provide a complete collection illustrating the development of Australian art from 1880 onwards. My action in making the gift to the Armidale Teachers’ College was prompted by my great interest in Australian education and my desire the collection should be available in perpetuity for the benefit of succeeding generations of the students of the Armidale Teacher’s College’. It all made wonderful sense, as they would be responsible for teaching the students of tomorrow and the knowledge would continue, past – present – future.

Close friend Norman Lindsay, once wrote: “He worked hard on his business career, but only to acquire money to devote to art, spending nothing on himself.”

It’s good that the Treasures of Australian Art 1890 – 1950 show is taking place in Gymea, where the community has long admired another pair of art’s great benefactors Ben and Hazel Broadhurst, also generous, community-minded people. The gallery they founded has today as the Hazelhurst Regional Gallery, become an inspirational font of ideas for today and tomorrow’s art hopefuls. They are also nurtured by Hazelhurst’s artist-in-residence program, and by having access to its digital media studio, all bequeathed by the Broadhursts to the Sutherland Shire.