On the Terrace, TarraWarra Museum of Art, Yarra Valley

The Tarrawarra Museum of Art has a focus on modern and contemporary works of art. It is one hour’s drive east of Melbourne’s CBD, sited high on a ridge in the beautiful Yarra Valley in Victoria, overlooking the bounteous vines that contribute to the well being of a creative community, famous for its wines.

A new exhibition The Triumph of Modernism in the Art of Australia starting on 20th June will highlight over 50 of the ‘finest works of Australian modernist and contemporary art from the past sixty years’ produced by some 26 artists. Chosen by Edmond Capon AM, OBE, former Director of the Art Gallery of NSW, they will be on show until August 16, 2015. He will give a Keynote Address on The Triumph of Modernism at 2pm, Saturday 18 JULY 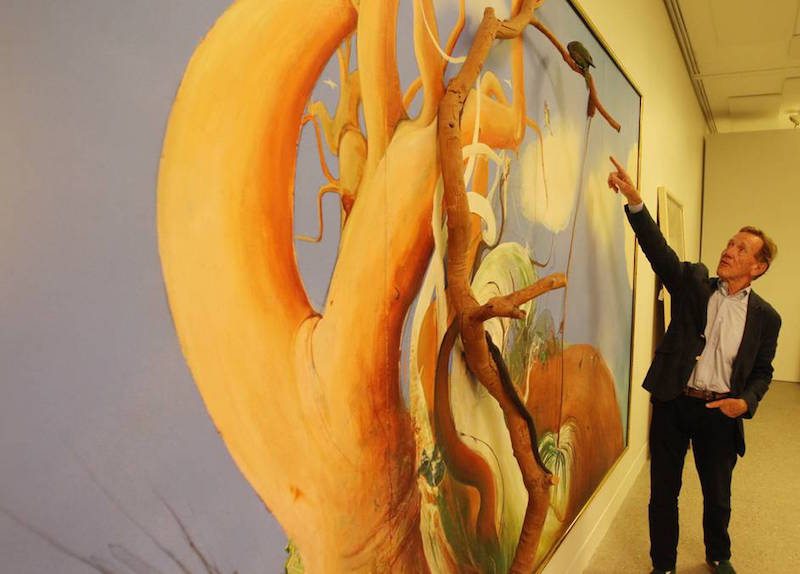 Photographed with Brett Whiteley’s work Australia 1970 – 1974, he said “My objective here has been to illustrate two themes; firstly the triumph of modernism in Australian art and, secondly, the particular qualities and strengths of the TarraWarra and Besen collections,” Mr Capon said.

Director of the Tarrawarra Museum of Art, Victoria Lynn, says “The Triumph of Modernism displays the most significant works in the Museum’s collection, many of which have been donated by our founding patrons, Eva Besen AO and Marc Besen AC” Lynn noted.

The show will continue ”…the Museum’s aim to generate exhibitions based on our collection, from diverse points of view. Edmund Capon’s inclusion of contemporary artists means that we see the important history of Australian modernism through the filter of the present” Ms Lynn said. Faithful to TarraWarra’s ideals and aims, 20th century Australian painter Jeffrey Smart considers the past through the filter of the present with his dynamic image of The Dome painted in 1977, which is one of the highlights.

Based in Tuscany at the time Jeffrey Smart (1921-2013) was by then an Internationally successful painter, who proved his mastery of spatial order by exploring the relationship we have in Australia, with the Italian influences on our design heritage.

A main focus is the shapely Dome designed and built under the direction of goldsmith, architect, sculptor, engineer and all around hothead Filippo Brunelleschi (1377- 1446). Surmounting many technical challenges including winning the design competition, Brunelleschi constructed this one of the world’s largest cupolas, to crown the cathedral (Duomo) at Florence.

Smart sited it as an entity, emerging out of a Tuscan field of waving grass along nearby a bountiful tree. As well a Barber’s red and white pole in the foreground provides a somewhat incongruous counterbalance.

Brunelleschi’s success at raising the Cathedral’s great Baroque dome in its day enhanced Florence’s status as one of Europe’s economic and cultural capitals. Brunelleschi’s mighty dome on the Cathedral (Duomo) at Florence

Smart seems to be emphasizing the point one form is natural, the other engineered, as he explores the mathematical proportion of art in linear perspective, which Brunelleschi is attributed with re-discovering for the first time since antiquity. Rendering perspective in what we know as the Renaissance period (14 – 17 century) would ensure that it would become one of the key characteristics of the art, architecture and gardens of the period.

Also understanding its principles would have a profound effect on other architects and painters all over Europe and England over the next few centuries, including Smart during the 20th century in Australia.

“Art is not so much about talent as character. It’s what you are, the qualities of the person” said Australia’s national treasure John Olsen AO, OBE (b.1928 -)

His Salute to Cerberus 1965 is an explosive representation of both colour and line, reinterpreting the swinging Australian scene at the time.

It reveals his deep commitment and sensitivity to the natural environment. Olsen is renowned for creating many iconic contemporary works, which have all taken a prominent place in the history of Australian art.

He has travelled a great deal both overseas and locally and knows Australia’s countryside intimately, his works providing a ‘spiritual and mystical’ insight into Australian culture and character. 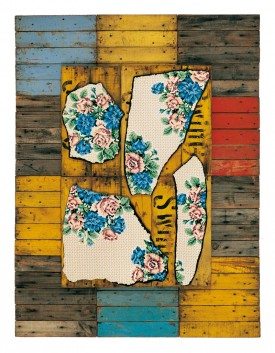 His work is in many of Australia’s major city and regional galleries and is noteworthy in their optimism. Smart won the Wynne Prize in 1969, the Sulman Prize in1989 and the Archibald Prize 2005.

His service to the arts is incalculable.

There is no doubt curators today are looking to showcase works from the mid to late 20th century history of art and design to engage with the changing world and explore its story.

This includes a wide range of materials as they became available, promote its ideas and materials and maximize the use of their resources.

They donated some 142 artworks to initially found the museum’s wonderful collection, containing extraordinary examples of ‘modernist’ and contemporary art.

The Triumph of Modernism will be worth exploring.