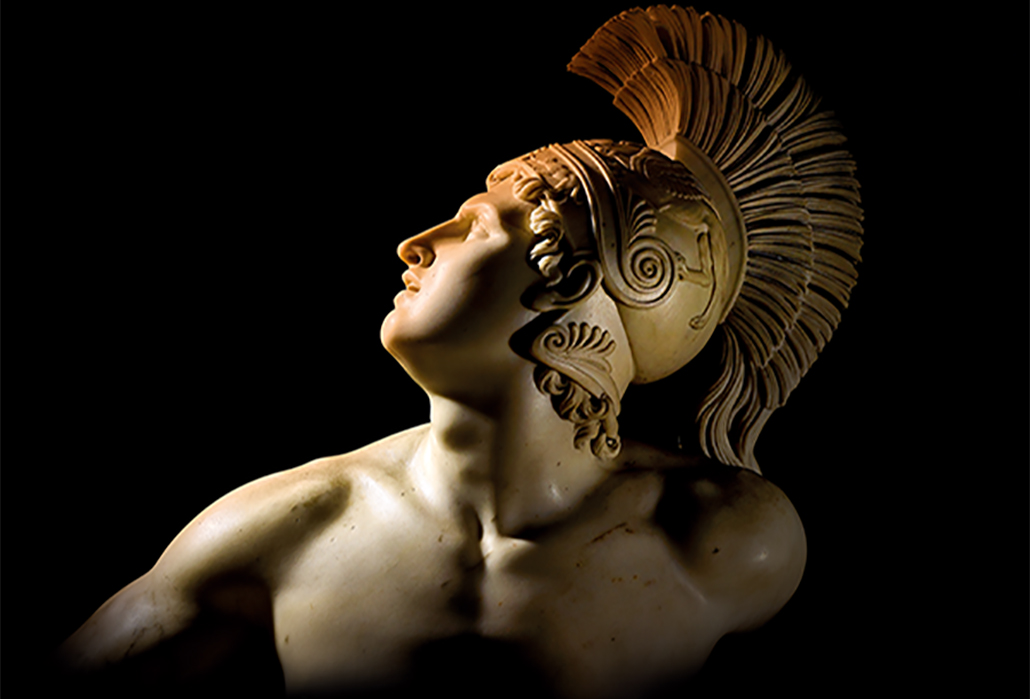 The major exhibition for Autumn 2019 at The British Museum in London will be Troy: Myth and Reality, revealing the lasting legacy of stories and legends from the Trojan War. They were first talked about by the early ancient poets including Homer, some eight centuries Before the Christ event, in his epic work the Iliad. 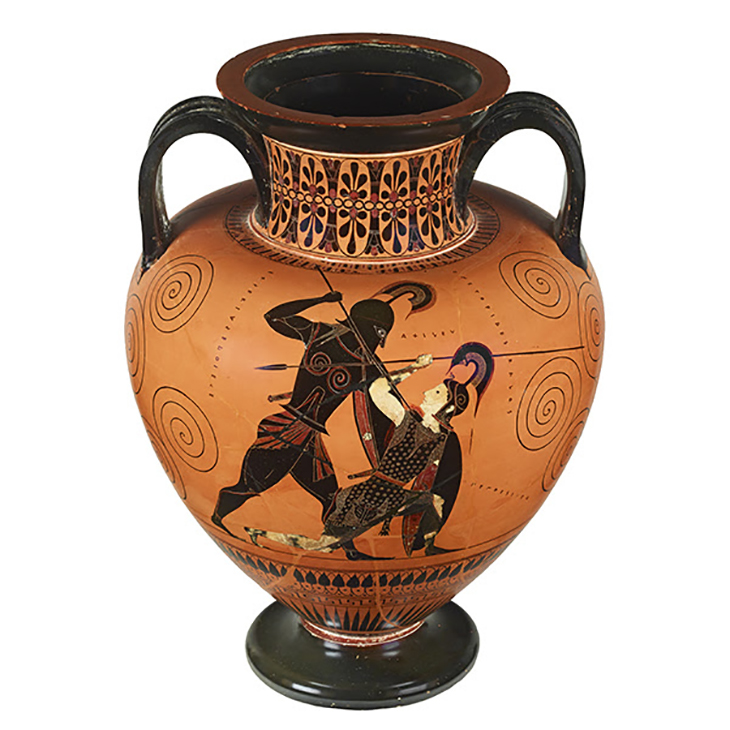 300 objects and works of art on show 21 November 2019 – 8 March 2020, have been inspired by the tales of war, love and loss, which are wrapped up in the whole Trojan cycle of myths and legends.

Troy: Myth and Reality is hoping to discover … ‘the historical truth behind the ancient myth’ because the many exciting contemporary reinventions of the story reveal the legend of Troy has lost none of its relevance.

Legend tells us King Agamemnon besieged the ancient city for ten years, before taking it by deceit by hiding soldiers inside the gift of a huge wooden horse. It is important to clarify the use of the word legend; originally understood to be an illustrative story, a legend was understood to have conveyed a profound spiritual truth in an attempt to explain the inexplicable.

Surely the paradox of archaeology is romance; for without romantic enthusiasm attached to a hunt for hidden treasures the true wealth of our European cultural heritage, its intellectual and spiritual ideas, as well as its rich literary tradition, would never have been re-discovered at all 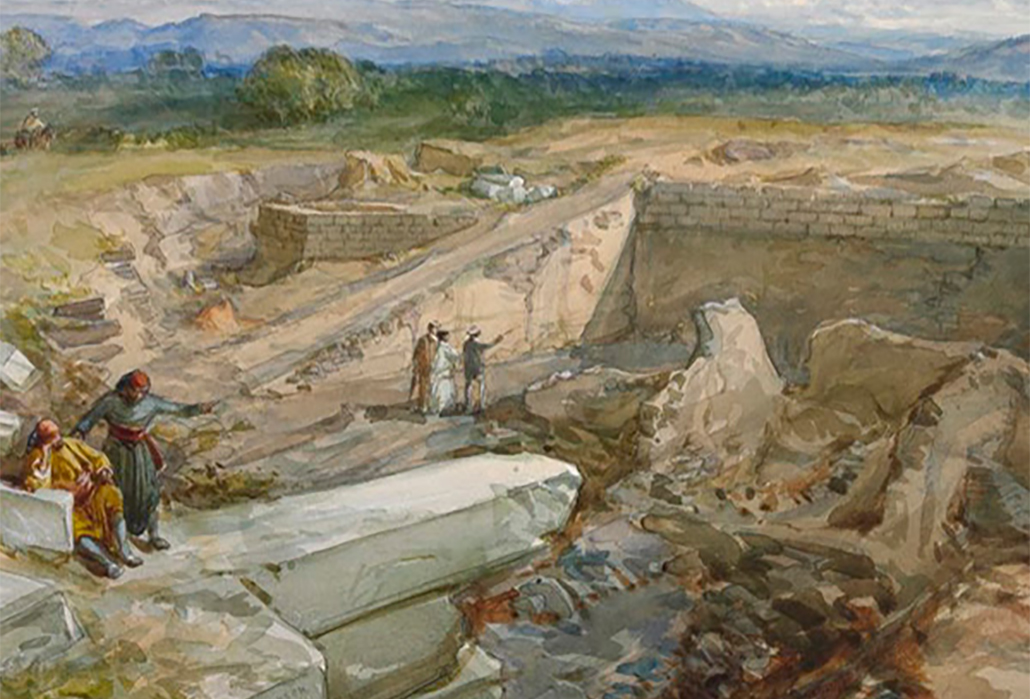 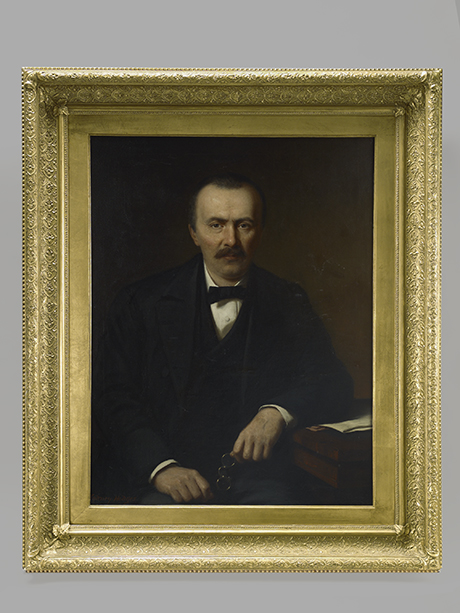 Locating Homeric Troy received little, or no attention at all from classical scholars during the nineteenth century because in the main they regarded the Trojan legend as myth, not history.

Much have I seen and known; cities of men
And manners, climates, councils, governments,
Myself not least, but honoured of them all;
And drunk delight of battle with my peers;
Far on the ringing plains of windy Troy*

The revelation Troy was real came about with its discovery by German businessman Heinrich Schliemann (1822-1890). Between 1870 and 1890 he excavated the legendary site, making him famous the world over. 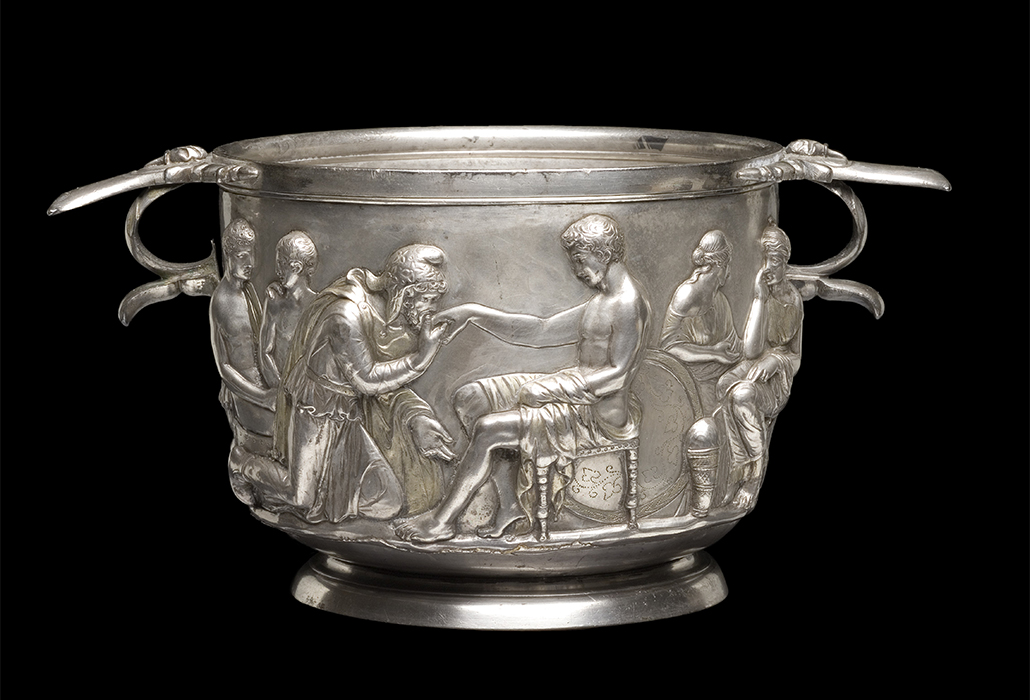 Pottery, silver vessels, bronze weapons and stone sculptures were an aspect of the find. They have been generously loaned to The British Museum by the Berlin Museums for the first time in nearly 150 years.

Schliemann and those working with him, found a well-fortified citadel with strongholds for soldiers, weapons and officials, as well as storerooms for grain in case of siege.

The wealth of the community had been invested in their King, whose treasures like Egyptians were placed in his tomb. Map of the Excavation of Troy

Some archaeologists during the twentieth century disputed the level Schliemann had thought was the legendary setting for the historic battle for Helen of Troy, ‘the face that launched a thousand ships’.

Schliemann funded his own search as he wanted to see if the Greek heroes had actually existed and that legend was in reality based in truth. 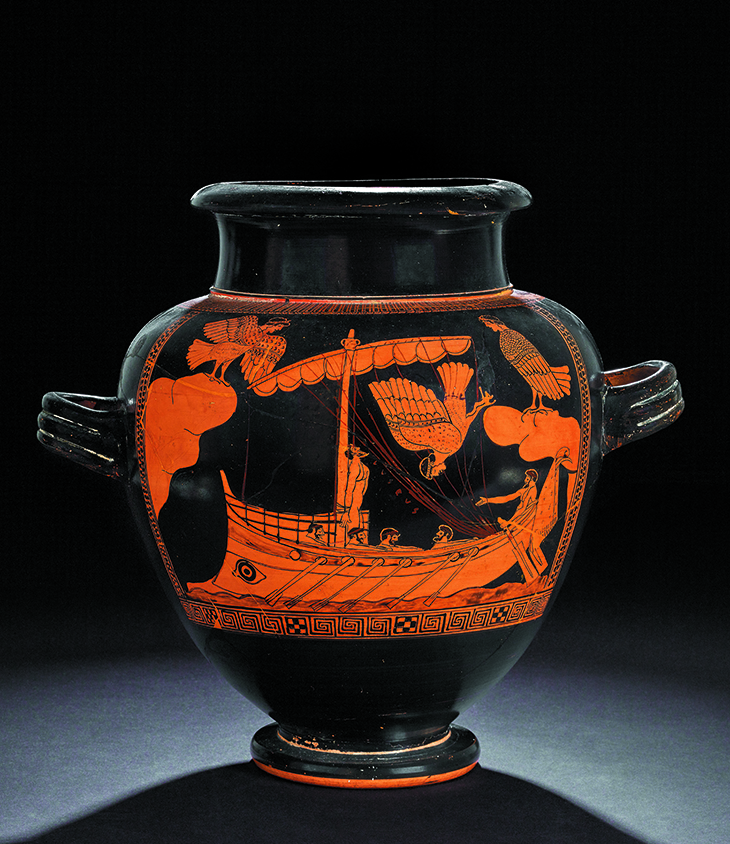 Odysseus and the Sirens, Athenian jar, c.480-470BC, ceramic © The Trustees of the British Museum

Ancient Troy was just as Mycenae had been, known only through the text of Homer’s Iliad but all of that had changed after 1870. It is as well to remember archaeology was finally understood to be a profession during the twentieth century. Up until then it was mainly the preserve of wealthy enthusiasts like Schliemann, or those who worked for them. His excavation of the site, thought to be the Troy of legend, uncovered impressive architectural remains. The site itself yielded the ruins of more than six cities, all rebuilt on one spot, as well as a royal treasure of gold.

Ancient Troy originally commanded a strategic point at the southern entrance to the Dardanelles (Hellespont), a narrow strait that linked the Black Sea with the Aegean Sea via the Sea of Marmara. 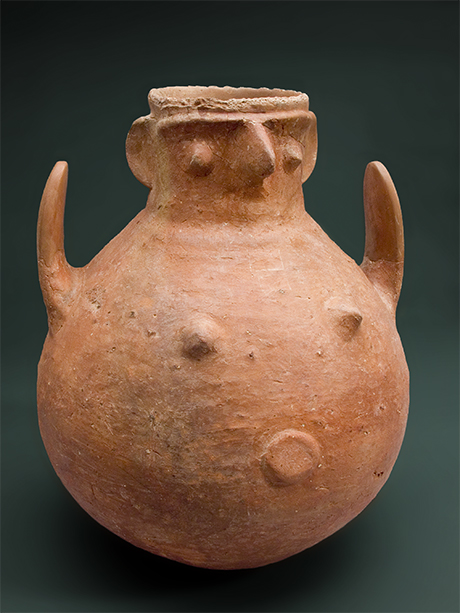 The city also commanded a land route that ran north along the west Anatolian coast and crossed over the narrowest point of the Dardanelles to gain access to the European shore.

King Agamemnon became the conqueror of Troy by using the Trojan Horse to enter the city.

He wanted to defeat the Trojans and take back his wife Helen, the face that launched a thousand ships, who had reputedly run away with King Priam’s son, Prince Paris.

Prior to that Greek champion Achilles had killed Paris’s brother Prince Hector in single combat battle. 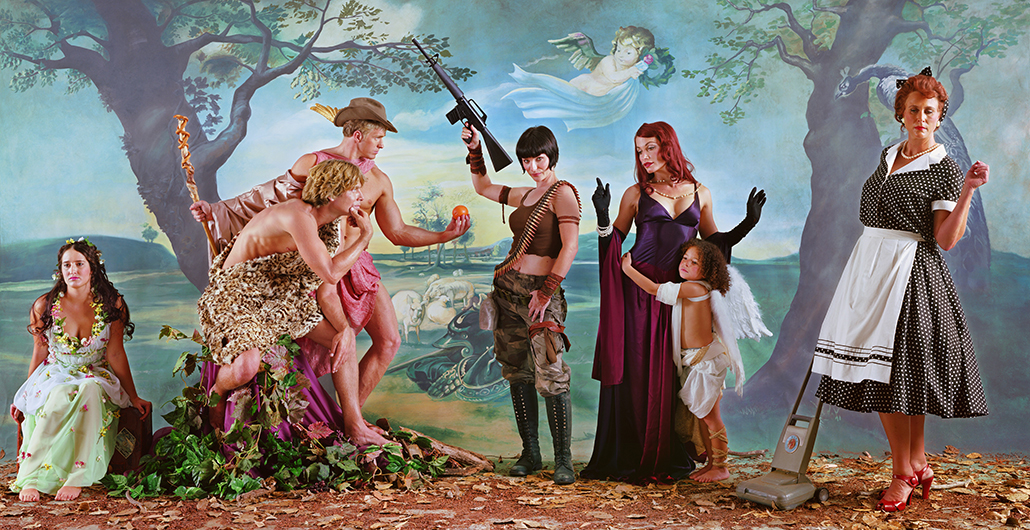 This exhibition will allow visitors to meet the characters, to immerse themselves in the archaeology of Troy and in the tales as told in the stories retold and reinterpreted right up to the present day.

The Trojan cycle of myths includes highlighting the story of the Trojan horse, which epitomizes the art of deception, as well as the proverbial weakness of an Achilles heel.

One of the greatest of all the Greek heroes Achilles’ death was said to have been caused by an arrow, which the Trojan prince Paris shot through his heel, the only part of his body not able to be protected by the efforts of his divine mother. 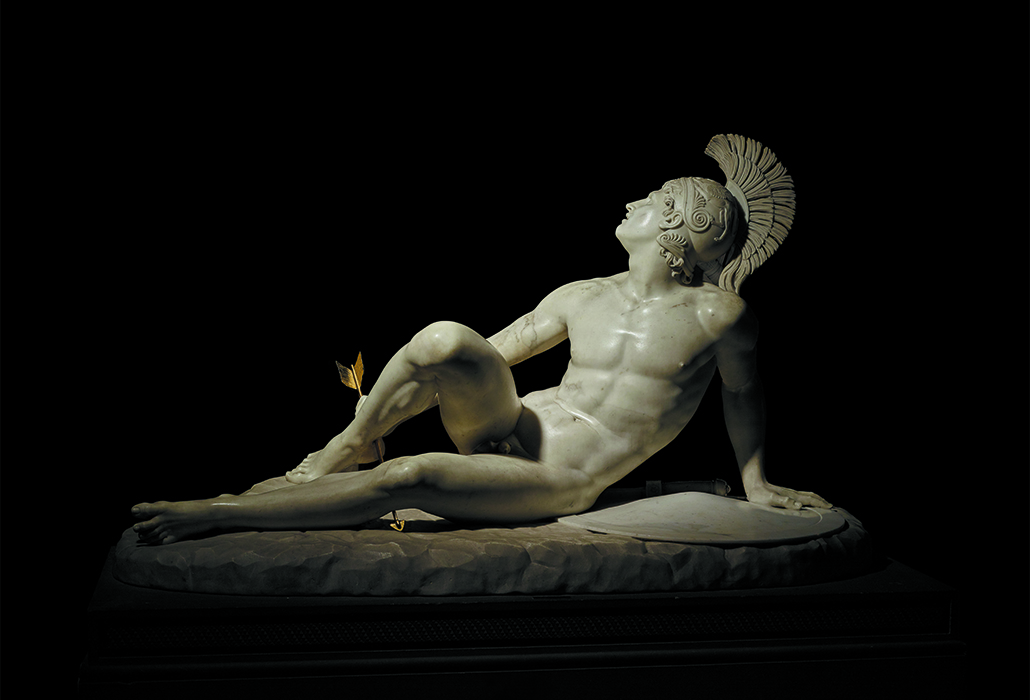 A striking loan to the exhibition will be one of my favourite of the Achilles sculptures Filippo Albacini’s (1777–1858) marble work The Wounded Achilleson, which will be on loan from the sculpture gallery at Chatsworth House; the arrow having been restored to its original gilding.

“O heroes! worthy such a dauntless train,
Whose godlike virtue we but urge in vain, (Exclaim’d the king),
who raise your eager bands
With great examples, more than loud commands.
Ah! would the gods but breathe in all the rest
Such souls as burn in your exalted breast,
Soon should our arms with just success be crown’d,
And Troy’s proud walls lie smoking on the ground.”

Meldi Arkinstall reviewing pianist Simon Tedeschi playing Pictures at an Exhibition “I knew this guy was good, but had no idea how good, brilliant is the word”