‘Man, being reasonable, must get drunk;
The best of life is but intoxication
Glory, the grape, love, gold, in these are sunk
The hopes of all men, and of every nation*

For the French prior to the war to end all wars, wine was at the heart of their culture for which the art of pleasure has been a very serious business. ‘France’s most precious jewel’ its wine, by the end of the 1930’s was significant as an enduring symbol of prestige, sophistication and power. It is an idea and perception that transposed all around the world. At the beginning of World War II at Paris restaurateur Claude Terrail, his team and their families worked together and hurriedly hid a choice selection from some of France’s most famous vintages, that had come from all of France’s best vineyards known collectively as the grands crus, which were part of his father’s establishment Le Tour d’Argent‘s famous cellar of wines. This happened literally hours before France came under German control. Then after the war he would uncover his incredible secret horde and become a hero of the French people. It’s a story that has remained an inspiration to all those involved in the wine industry around the world.

It was in 1979 in Australia that James Halliday A.M. (1938-) first started writing and publishing annually a definitive guide to Australian wines. He has become an Australian wine hero of our contemporary age. Today he is a well-respected wine critic and vigneron, whose witty informative style has assisted nationally in expanding an appreciation for wine, one of Australia’s most productive and successful industries since the end of World War II. He has helped to drive the wine industry in Australia’s success forward on the international market, for which he has been awarded the Order of Australia. His Australian Wine Atlas and Encyclopaedia are only two of the more than 56 books he has published about the wine industry in this country. His books have been translated into a number of other languages and published in the UK and USA as well.

Just recently he gave an outstanding review to the five red star rated Turkey Flat Vineyard in the Barossa Valley, whose wines are among my personal favourites. In his 2013 edition of the Australian Wine Companion their 2010 Shiraz has equaled the highest points ever given to any Shiraz yet produced in Australia. James said about the wine – “ Strong, crimson-purple; one of the best Turkey Flat Shiraz’s to date; the palate is exceedingly complex, and very intense, yet ends with a burst of red and black fruits to accompany all that has gone before. It could be mistaken for a wine from a cooler climate, such is its length and balance. Rating 97/100”

This great wine has an abundance of rich cherry fruit, complex spice, light oak finish, and good tannins and its rating was ‘Outstanding’ along with 10 other wines from their range. Another four were rated as ‘Highly Recommended’, which is wonderful news for this boutique vineyard, which was named for the native bush turkeys that roamed the region in the early 19th century. Like many others in Australia, they strive to bring forth the very best wines from a crop whose origins go back into the mists of time and to the Vitis Vinifera, the famous vine of Europe and the Middle East. Its stock provided the basis for most historical wines and is a vital link in the chain, existing since ancient times in Europe, that has seen wine become a medium through which alcohol could be enjoyed anywhere in the world in an air of conviviality and companionship.

Turkey Flat Vineyard is in the heart of the famed Barossa Valley in South Australia and a vital part of the region’s rich societal and cultural heritage. In the valley there is a wonderful fruit salad of grape varieties grown, including Shiraz, Cabernet, Grenache, Mourvédre, Semillon, Riesling and Chardonnay, which are all contributing to its now rich viticulture history. Settled in 1847 the Turkey Flat vineyard is today run by the fourth generation of the family who are making sure that their aged, gnarled and twisted vines still contribute to the concentration of fruit that set’s their wines apart and achieved their truly long, elegant style.

Today harvesting and producing wine from the juice of a great range of grapes, is a skill that has been honed by centuries and centuries of practice in Europe first, then in other countries including California in the U.S.A., in various regions of Australia and its close neighbour New Zealand.

In 1865 Gottlieb Ernst Schulz a successful butcher with a thriving retail business among the vines, purchased the property from Silesian settler Johann Fiedler, who had planted its first Shiraz vines in 1847. Schulz was a butcher by trade, which he developed into dairying.

The vineyards were always kept though until Peter, the fourth generation Schulz and his wife, Christie, who made the transition from grape growing to wine making, no mean feat. They also transformed the historic blue-stone butcher’s shop that Johann had worked from into the cellar door and the heart of their Turkey Flat wine business.

Today they own five other vineyards spread over 20km giving them an ability to blend the particular characteristics from each region they are growing in into their wines. 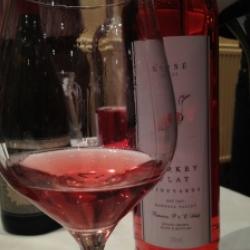 I love the intenseness of the fruit in all their products, which include a simply wonderful deep salmon pink Rosé, which is just perfect for any occasion. It’s blend of Grenache, Shiraz, Cabernet Sauvignon and Dolcetto is simply sensational.

Their white wine “The Last Straw’ is luscious andworks well with savoury and sweet foods. Their ‘Butcher’s Block Red and White are both full of texture, while their Cabernet Sauvignon is rich and round and lingers long, it’s a classic in every sense of the word. A particular gem is the superbly bottled Pedro Ximénez, a fortified wine made for them by a number of other traditional Barossa grape growers. It’s a triumph.

Wine tasting in the beautiful Barossa Valley is always a treat. Happy memories of many a visit and tasting of this area’s incredible wines over a thirty-year+ period, starting in the mid 1970’s, informs that thought.

It was Lutheran migrants from Prussia who first arrived in the area to settle and St Michael’s Church, founded in 1839, is the oldest Lutheran church in Australia to still have a congregation on its original church site.

The leafy green scenery as you drive up the valley is entirely spectacular with rolling hills and delightfully sited country houses and gardens. The villages look like they come straight out of the Alps of Europe, picturesque and charming, with a warm and welcoming atmosphere provided by the residents.

Hahndorf is one village that effectively evokes the sounds, sights, tastes and smells of Bavaria from where immigrants to Australia came from to establish it. It’s an ideal jumping off point for people to explore and enjoy the juice of the grape, whose secrets are best when obtained through the cellar door. This is where you can also access rare and special vintages and sometimes meet the wine makers. 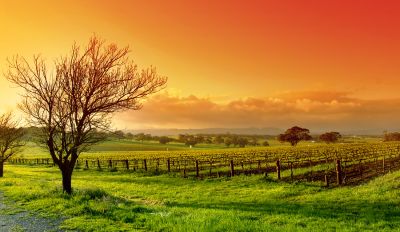 The wineries in the Barossa Valley region of South Australia have been producing wines now for over 160 years, many of which are exceptional.  They are all in close proximity to each other so a few wonderful days can be spent journeying happily as you taste some of the most renowned brands in the history of the Australian wine industry. If you do then be sure to call at Turkey Flat.

Watteau’s Soldiers: Scenes of Military Life in Eighteenth-Century France is an exhibition on show at The Frick Collection, New York, July 12 – October 2, 2016