Driving along the Tweed Valley Way a modest sign pointed in the direction of the Tweed Regional Gallery & Margaret Olley Art Centre, which is located in far north-eastern New South Wales at Murwillumbah.

Nothing prepared me for the wondrous sight that unfolded before me.

The gallery was tucked away behind the main road and was built on minimalist architectural principles. It was visually and aesthetically stunning. It took my breath away!

Relevant materials were used to construct a building of architectural flair and understated style, while remaining sympathetic to the picturesque rural setting. Bold brightly coloured panels on the façade of the building were featured to establish interest, herald excitement and develop a link to the art within.

The use of abundant glass panels and balconies for viewing the surrounding landscape was brilliant as the vistas from the Gallery were picture perfect and visitors had many opportunities to linger and succumb to the pleasures of looking at the pastoral scene.

From the gallery I savoured magnificent panoramic views of the Tweed Valley. Mt Warning appeared majestically adding dimension to the long distant view. Cows nibbled sedately on the lush green pastures that lined the banks of the Tweed River.

I couldn’t think of any other regional gallery where the natural exterior surroundings were as beautiful as the interior art works. The long thin horizontal glass window in the foyer entry made for a spectacular opening into an absolutely masterfully planned Gallery. The natural beauty of the outside location was integral to the art within.

The two main focus areas of the gallery’s collections are Australian portraits of all eras and mediums, and artists’ prints. These emphases were very evident in Susi Muddiman, the gallery director’s selection of artworks.

She also included works by local artists and works inspired by the Tweed region.

In addition pieces by Margaret Olley and works by her contemporaries.

An eclectic collection of artworks was available to delight the senses and appeal to the different visual tastes of the viewing public.

The Portrait of Colin Friels (2013) painted by Christopher McVinish was striking and made a compelling and powerful impression.

The rich red background was inspired by Colin Friels powerful stage performance in the play Red. Red is a dramatic portrayal of the great American Expressionist painter Mark Rothko. Christopher McVinish had seen Colin Friels perform this role in Melbourne and while in the audience made a firm decision to paint the actor.

Soon after fate threw the pair together at a Balmain café and from this chance meeting it was decided that the Portrait would become a reality. I felt Christopher McVinish captured the essence of a passionate man, the lines of his face and hands were given life by the seemingly effortless brushstrokes. The creases and folds of his shirt reflected a man not obsessed by material possessions and very comfortable in his own skin.

This Portrait won the 2013 Holding Redlich People’s Choice Award which recognises and rewards the talents of Australian portrait painters.

Angus McDonald’s still life Pear shone with the prudent placement of the folded cloth, the upright pear and the shadows cast by light.

The high gloss of the oil complimented the arrangement and enriched the palpable tactile quality of the composition.

The exquisitely painted cloth fell gracefully and contrasted eloquently with the earthy brown shades of the pear. 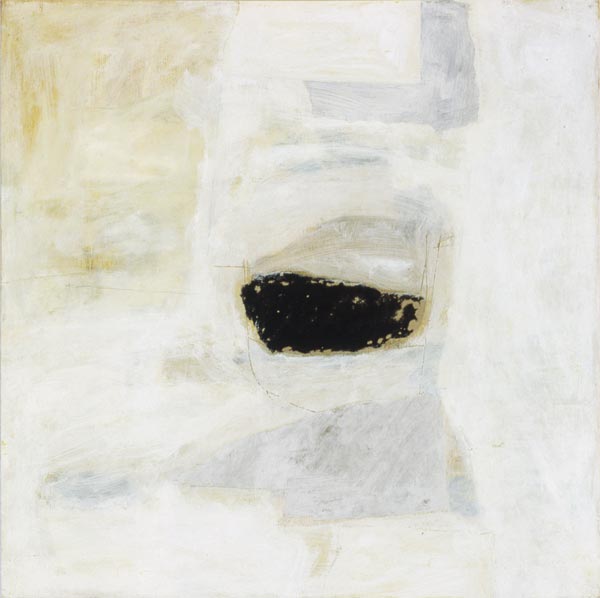 The purity of the work was infused with elegance and photographic nuances.

Local artist Michael Cusack painted Southbank in 2004, a minimalist artwork where mixed media of oil, pencil and collage gave complexity and narrative in the artist’s response to a fragment of concrete.

A sense of times past was welded into the overlays of paint and the artist’s markings.

The weathered appearance was gouged by line and shape, and change was wrought.

“I am interested in how details of a place are transposed, not as a recognisable representation, but rather into a new thing with essential components.” In Euan Macleod’s Figure on a yellow road 1991 a figure in the foreground appeared solitary.

However, on closer viewing there were tenuous shadowed figures throughout the painting.

This created ambiguity and intrigue.

The figure’s paralysing stare from an ostensibly featureless face was haunting but characteristic of the intensity Euan Macleod unearths in his paintings.

The ghost like figures lurked eerily in the silence of the scrubland where the dirt bush road tracked a lonely disquieting place. It exuded a raw energy that is synonymous with his distinctive style.

This was a very small sample of artworks from the Director’s Choice that was a diverse and interestingly curated exhibition.

I’m certain each viewer would select their own cluster of favourites.

There’s a mixture of portraits, genre works and pieces that have strong narratives.

There’s colour and tone, artists’ prints, photography, painting and sculpture – many of which haven’t been shown before, or have been in storage for a long time.”

The Tweed Regional Gallery and its exhibitions were dynamic and thrilling.

The tranquility of the setting allowed for a sense of composure and anticipation to settle prior to discovering the collections inside the Gallery spaces.

The exhibitions cover a variety of artistic styles and mediums and they change every seven to nine weeks.

I was overwhelmed to view six very different exhibitions at the time of my visit and I was so enthralled and enthused I returned for a second inspection on the following day.

The quality and variety was astonishing and I found myself having to make a difficult choice about which exhibition to highlight.

I selected the Director’s Choice because this exhibition showcased artworks from the gallery’s own collection.

The Margaret Olley Art Centre is another exceptional revelation to be explored in next week’s ‘view’.