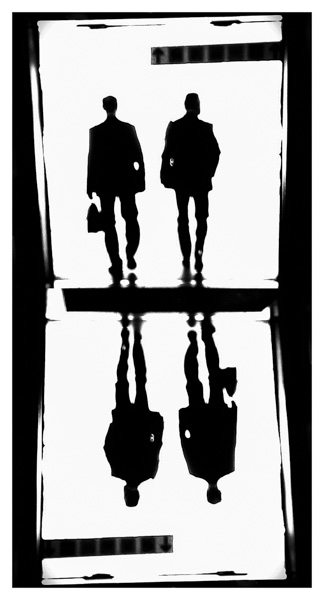 I wrote my very first short review for The Culture Concept Circle twelve months ago. The exhibition of Gordon Undy’s Australian Photographs 2008-2014 at Point Light Galley was the inspiration. The serendipity of celebrating a year’s reviews touchingly rested once again with an extraordinary photographic exhibition diverse in field design and configuration.

The exhibition was optimistic in intention and artistic in essence. It was etched with vibrant promises. The possibilities of change that result from reflection, time, exploration, experience, chance and interrelationships were sympathetically explored

Each photographer portrayed through inventive images moments of revelation that were reinforced by their astuteness, unique imaginative visions, wealth of experiences and the confidence of perceptively acquired aesthetics.

Nebuli Arts is a cooperative of established and emerging visual artists. Five artists from the group showed off their talents in the exhibition Unseen Sense at the Incinerator Art Space at Willoughby in Sydney recently.

This exhibition was part of the Head On Photo Festival 2015, Australia’s largest photo festival. Events and exhibitions are spread from the CBD across the suburbs north, south, east and west Sydney.

The artworks in Unseen Sense, although very varied in style were complementary because they were all of an outstanding quality and uncompromising skill so they hung contentedly together.

The photographs were curated with a thoughtful sensibility and an impeccable eye for balance. The eminent paradigm of inventive interpretation and dexterous implementation never wavered. Consistency and originality were the trademarks of this highly successful exhibition.

The poignancy of the tilt of the stem and the mystic ethereal quality in the composition of the photograph Curves and Shadows was spiritually enriching. I felt the lilting notes of music trickled across the design.

The serenely insightful placement of forms eclipsed composure and the joy of stillness. The discerning nature of the arrangement was lyrical and soothing.

The absence of a defined horizontal line created the illusion of a three dimensional form within the work. This was enhanced by the fall of shadows fashioned by the placement of the objects and the effects of light.

The delicate strand of the fine stem and the gently drooping conical foliage followed the diagonal line of the lip of the vase. This visual image merged with tapering shadows to construct a fragile definition of beauty. Carolyn Pettigrew’s poised photographs dazzled with luminosity. The clarity of her Venezia series was tempered by an extraordinary textural definition. She passionately embraced her subject drawing on special moments of stimulation from her judicious visits to Venice.

The promise of daybreak was embossed across the image Venezia #5, a digital print on Hannemulhe Photo Rag. This paper gave a striking graphic depth to the monochrome photograph.

The light on the water rippled the surface with pattern and movement. The elongated verticals from the bridge and surrounding boundaries cast a depth and tonal contrast with the light reflected from the water. A myriad of shades and shimmers produced a silver effervescence and stamped the texture of the canal water.

The gentle movement of the oar softly disturbed the tranquillity that meandered in the glistening waters.

The silence of the scene and the figures invited introspection and anticipation of the day unfolding.

Christoph Mueller’s authoritative and compelling photographic images were underpinned by a commitment to abstraction and a very sophisticated knowledge and understanding of the visual building blocks of photography.

His conceptual representations were diverse and his orientation to patterns injected his works with energy and flair that was dynamic and arresting.

Into the Unknown a digital print on premium lustre was sleek, elegant, original and stylistic. Two male contemporary executive figures dominated the image.

These figures were framed by the strong black outlines of a doorway and their silhouettes were mirrored below in reverse. The photo surged with life, choice and expectation. The opening doorway was a symbol of endless possibilities.

The resilient lines of the doorway were juxtaposed with the casual gait of the male figures. The viewer was challenged to speculate about what the individuals have left behind the door and what awaits them in front of the door. Past and future collide in a salient glimpse of the present. Time space and motion were fashioned in this striking photograph. Dawn Zandstra has produced layered works of ethereal beauty and a fragility that was evocative of change. The ascending and descending gentle fluttering movements of the butterflies echoed the courage of transformation. The sacred tones of purple washed across the images and coated the creatures with the motivation for enlightenment.

The four paneled arrangement Butterflies Born to be Free #3 was an imaginative digital print on Canson Soft White Art Cotton. My eye was particularly drawn to one panel where the shape and form of the butterfly wing mirrored the lightness and celestial quality of an angel’s wing. The tonal variations of the purple shadow veiled the struggle and resolve, prerequisites for change.

The crazed and marbled texture of the background intensified the enduring modifying quality of nature. The patterns mimicked the trembling, hovering and finally soaring flights of discovery and filtered lines of light

The visible stages of metmorphis cradled the hidden hopes and elusive possibilities of alterations within. The wonder and awe of life was subtly built into the layers of texture and the forms and shapes of the butterflies so intuitively and tenderly constructed Alison Seccombe’s series of digital print on IIford Galerie Smooth Pearl resonated with Earth Water Air the Spirits of the Elements. These intelligent artworks were eloquent images of the relationship, interconnection and dependency between the elements.

In this series scientific changes were emphasized and the Iight seized, animated the prints with an explosion of rhythm and movement. The interpretive works pulsed with life and were rich in texture. The dialogue between the elements, the perception of space and the vastness and complexity of the elements were graphically depicted in these fine works.

In Spirits of the Elements #3 the swirling, twirling movements of the air, the ripples and tumultuous surge of water, the misty moist currents of air infused the landscape with an enduring sanctity.

Colours quivered the cores of earth water and air so that the elements appeared almost interchangeable. The layers of existence permeated the patterns of light shadow colour and form in this thought provoking sequence of work.

I believe the process of change is creation and this distinctive exhibition was resoundingly artistic and innovative.

All images used with kind permission of the artists.

The next group show