Last week saw the passing of one of the most recognisable front women of rock, the inimitable Chrissy Amphlett.

Taken all to soon at 53 years of age by breast cancer, she will be greatly remembered.

A true original, Chrissy bought both power and vulnerability to the stage with her schoolgirl persona. She challenged the ideal of the perfect female front woman. In Australia the majority of girl singers had been pretty or cute, like her cousin, singer Little Pattie or Olivia Newton John, these two were the perfect foil for a band of bad boy rockers.

Chrissy came along and had an “if you can’t beat ‘em join ‘em” attitude, in fact hers was a join them and beat them at their own game. And with her shaggy fringe, school uniform and sexy suspenders, she was a hundred times better, badder and more outrageous! In an industry that today, quite frankly in my personal opinion, is cookie cutter perfect and all vocal gymnastics, Amphlett had a unique voice that could swing from calm to guttural in a instant, always telling the story with raw emotion.

Born 25th October 1959, Chrissy started singing at a young age and busked her way around Spain, singing for her supper and doing a fair bit of growing up along the way.

In 1980, she met the man who would become her partner in music and for many years, life, Mark McEntee. There’s was a highly volatile relationship, not helped by drugs and alcohol, but sometimes true art needs a catalyst. 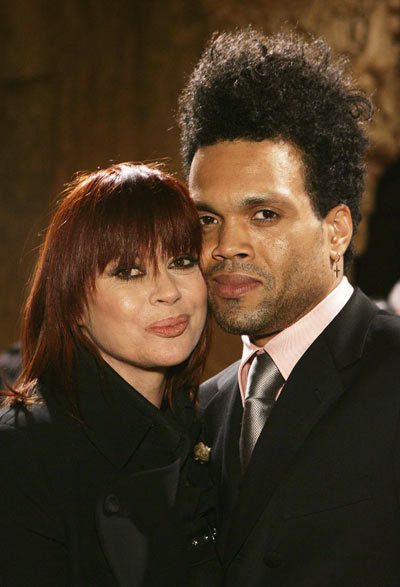 Their personalities, both highly creative, and maybe highly strung, clashed in a way to create rock perfection. In fact, their hit “Science Fiction” was selected by APRA as one of the top 30 Australian songs of all time.

Being quite shy (hard to believe I know), Chrissy and The Divinyls then manager Vince Lovegrove, decided she needed a character to portray on stage, and the schoolgirl persona was born.

In her autobiography “Pleasure and Pain” written with Larry Writer, she said “Like my idols- Jerry Lee Lewis, Iggy Pop and Deborah Harry- I had created a character from within myself. I reveled in the freedom it gave me to perform.”

And perform she did, in a way that had never been seen before on the pub rock circuit. Chrissy single handedly paved the way for female rock singers to be more than just a pretty face. She enabled them to have power and personality, things that had been sorely lacking in the music scene.

Not just a great front woman, she was a fabulous actress too. One of her first roles was the character Angela in the 1981 movie “Monkey Grip”.

The band performed, and their songs became the soundtrack to the movie. In 1982, Amphlett was nominated for an AFI best supporting actress award.

She went on to star in the 1988 stage musical “Blood Brothers” in the role of Mrs Johnstone. Blood Brothers, an English play, was powerful attack on the British class system and was perfect for Chrissy.

A young Russell Crowe also starred as one of her sons in the production. 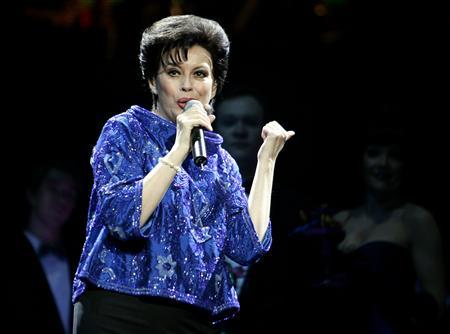 I would argue that as far as acting roles go, she will be most remembered playing the role of a lifetime, Judy Garland in “The Boy From Oz”.

She was Judy, she watched videos of her movies, listened to her music, basically was inhabited by her spirit.

On opening night, she received “an ovation like rolling thunder” to quote Chrissy in her book. I wish I had experienced her in dramatic roles.

I was lucky enough to see The Divinyls live though, and they didn’t disappoint. Chrissy and the band were a tight unit and a force to be reckoned with, I loved every minute!

On July 27th 1999, Chrissy married the love of her life, Charley Drayton. They met after he joined The Divinyls as drummer and they went on to live in New York together.

In 2007, Chrissy revealed she was suffering from Multiple Sclerosis, a cruel disease affecting the nerves in the brain and the spinal cord. Then in another horrible twist, in 2010 Amphlett was diagnosed with breast cancer. Having MS prevented Chrissy from having life saving chemotherapy and radiotherapy. She stated “quite early on, I decided I would be a warrior, not a victim”. I’m sure her loved ones and fans would have expected no less from a woman who was a fighter in so many ways. On a personal note, having fought breast cancer myself, I fully understand her warrior stance. I had the same attitude, but luckily for me, I was able to receive the treatment Chrissy was not. I was deeply moved by her bravery, but not surprised. She was a woman who did not suffer fools gladly, and lived a full and amazing life. I’m sure she was a fighter till the end with her beloved Charley by her side.