Vale Janet Walker, those who loved you and your achievements will long remember you.

Our wonderful Special Features Correspondent in Victoria for The Culture Concept Circle left recently for another world, one without pain, where she is sure to wow the crowd with her witty and wise writing style as well as her wonderful turn of phrase.

“Wow – this is so me… I can relive my teenage years! Will find the tapshoes, would love to go”… was the message she sent to me when I forwarded her an invite to attend the media call out for The Seeker’s Musical on stage at the Sidney Myer Music bowl in August, 2015.

At the time Janet had reported to me that her Dr had great hope, saying her “cancer has smoke but no fire at the moment”.  However, within a few weeks it had reared its ugly head again and she sent me a note saying she was ‘bored with it and its tantrums‘.

Some may think it’s a cheek that someone who really only knew Janet for just a few short years would write vis-à-vis about a quintessential Victorian lady, who in her last year lived where she told me she had always wanted to. Surrounded by the historicity of the city of Geelong.

How long do you have to know someone before you understand that your meeting was a wonderful piece of fate. While my encounters with Janet may have been brief in regard to others, I just had to write and thank God for her life because she enriched and emboldened mine so greatly.

Her contribution to our website at The Culture Concept Circle and its growth was defining. Her articles were wide ranging and always interesting and she quickly built many followers.

As well she offered me the warmth of her friendship and loving kindness, which for me will always remain everlasting.

Her last review and interview of which she was most pleased, was with English historian Charles Spencer about his novel ‘Killers of the King‘. He happily and generously answered her questions, sending her a personal thank you note after they were published, and she was very proud.

Janet Walker and I first met at the Australian Antique Dealer’s Fair in Melbourne in April, 2013. Janet was a volunteer giving her time on The National Trust of Victoria‘s stand.

We discovered quickly that we shared a common love of, and interest in many art disciplines, most especially the evolution of design and the importance of the conservation of select great heritage buildings and gardens.

She was full of stories at the time about Phryne Fisher’s costume, which was on show at that time on the National Trust stand.

We discussed how we had both been working on and off as volunteers for the National Trust starting back in the 60’s and 70’s, laughing as we both said we had reached that point we didn’t like to remember how long.

Janet, I discovered, volunteered at Como House in South Yarra nearby to where I lived. I told her I knew it well, visiting it often for some thirty plus years. Janet Walker on the National Trust Stand at the AA&ADA Fair, April, 2013 at Melbourne

She shared her angst about the recent announcement at the time of its closure every day of the week to become a venue.

She had many happy memories of people’s reactions to its fragile beauty and cultural significance.

She was appalled that without government funding, they were forced to let it out to gather funds for its maintenance.

Today it’s open again to the public on a monthly basis, The Trust having to balance their responsibilities for these great old piles, to ensure they are secure and safe and remain accessible to the public.

Having both been in a commercial sphere all our lives we both understood the fine balancing act.

We shared a witty repartee and within a short few moments had engaged happily. Back in the day…

Janet said that she would like to catch up some time if she was in Melbourne, happily accepting my card. She was intrigued about ‘The Culture Concept Circle.

When I told her we published articles about arts and cultural development, past present and future she couldn’t believe it.

Then she said amazingly, she wrote herself for a website overseas.

It prompted me to share with her that I was there because I was writing an article about the fair. So I promised I would mention the projects she had told me about and she was very pleased.

She was also very excited about meeting up again and said she would contact me on Monday.

I went back to see her before I left, because I wanted to make sure that she did. On the Monday she told me all about the planned children’s garden at the Trust’s great house Rippon Lea, she really wanted to write about.

So I invited her to write the article as a guest author. Despite that not happening – a long sad story, she agreed to write other stories as they came to light.

Her first article was about a trip to Canberra.

She went to see an exhibition of our mutual favourite painter England’s mighty J.M.W. Turner at the National Gallery of Australia and enjoyed a concert with jazz singer Janet Seidel.

When I said I loved Jazz, but these days hadn’t been able to find anyone performing the style of jazz my three much older sister’s sang, she introduced me to Janet Seidel and her chic music.

We went together to see the Janet Seidel Trio, appearing live in cabaret in the Studio at the Melbourne Recital Centre the next time they were in town. We had a marvellous time, meeting Janet Seidel and her wing men after the show. 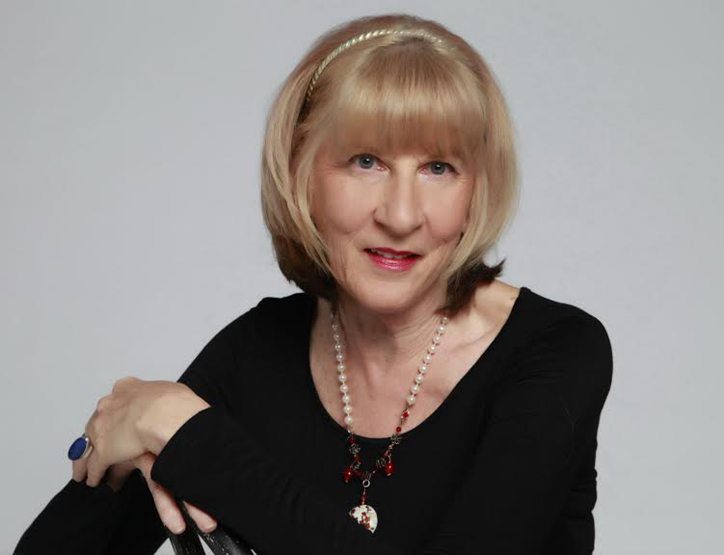 Within a short time Janet Walker became ‘The Circle’s’ Special Features writer for Victoria and was very proud of her participation.

She was wonderfully reliable, excellent with her research and penned some seventy-four fabulous articles for The Circle, all of which were well read because people loved her relaxed and happy writing style.

We spent time together both professionally and personally, sharing a great deal of joy and truth, perhaps not as much as we would have both liked.

But there it is.

She came into town to join me for events at the National Gallery of Victoria and other interesting theatre media calls when she could.

We would always enjoy lunch out afterwards and laugh ourselves silly. By mutual agreement we didn’t talk much about the past, although we did share some hilarious old stories, more or less agreeing in our dotage to make some new memories of our own, because time was of the essence.

I will never forget that she flew especially to Sydney to be at my septuagenarian surprise party celebration in December 2014.

My family were very happy she could come and intrigued to meet this wonderful lady I got on so well with. On doing so they totally understood.

Our last media call outing together was to the launch of the musical Georgie Girl at the Sidney Myer Music Ball, after we had both had an upsetting weekend.

It meant that we ended up at Chloe’s Bar afterwards, a place she had wanted to take me for some time.

She was keen to show me Melbourne’s iconic golden framed notorious ‘lady’ who has graced the walls of the Young and Jackson Prince’s Bridge Hotel opposite Flinder’s Street Station since 1909. We had not made it to date but on that day worried about her health I had realized that this may be our last outing together and suggested we go to Chloe’s and she was very happy.

We sat sipping our coffee with a light lunch and laughing ourselves silly for over an hour and agreeing viewing the ‘lady’ was certainly well worth the trip.

Travelling up and down to Geelong to see her since, how I would choose to remember her the most is full of laughter and the joy of life.

Janet Walker always tried to make a difference in her life with her warm welcoming nature.

Filled with a generous spirit, which shone with real luminosity, she set about relieving the burdens of everyone she encountered by brightening their day.

Our friendship was special in that we would not want to change a thing, accepting each other warts and all.

Even as we mourn her passing here at The Circle we also rejoice that her passage through the world influenced our lives, and for all time. All who encountered you on their life’s journey Janet Walker were enriched and enlightened by the experience.

Dear Janet, may the road rise up to meet you, may the wind be always at your back, and may you rise in glory where light perpetual will shine upon you. Until we meet again, may God hold you preciously in the palm of his hand.

Carolyn McDowall, on behalf of all the team at The Culture Concept Circle, 27 November, 2015.