The coming of Winter is, once again, something to look forward to in Melbourne, with the announcement that ‘Van Gogh and the Seasons’ will be exhibited at the National Gallery of Victoria (NGV) as part of the Melbourne Winter Masterpieces series in 2017. From 28 April, nearly 50 paintings and drawings will be on display as part of the largest exhibition of Van Gogh ever seen in Australia.

The Melbourne Winter Masterpieces is an annual series of exhibitions at the NGV, the Australian Centre of the Moving Image (AMCI) and the Melbourne Museum.

In the Winter of 2016, the NGV presented ‘Degas: A New Vision’, an astounding exhibition showcasing the work of Edgar Degas, one of the Great Masters. The NGV’s selection for 2017 promises to be equally as illuminating, with a wonderful display of works by Vincent Van Gogh, and his fascination with the seasons. As Tony Ellwood, Director, NGV, explains: ‘Van Gogh’s love of the seasons was deeply profound and played an important role in his life and practice. This reverence for summer, autumn, winter and spring and the eternal cycles of nature is seen in the energy and dynamism of his distinct brushstrokes, which almost leap off the canvas with vitality. Van Gogh and the Seasons is a true coup for the National Gallery of Victoria, and an opportunity for our audience to experience the largest display of Van Gogh works ever seen in Australia, most which have never before travelled to this country.’ 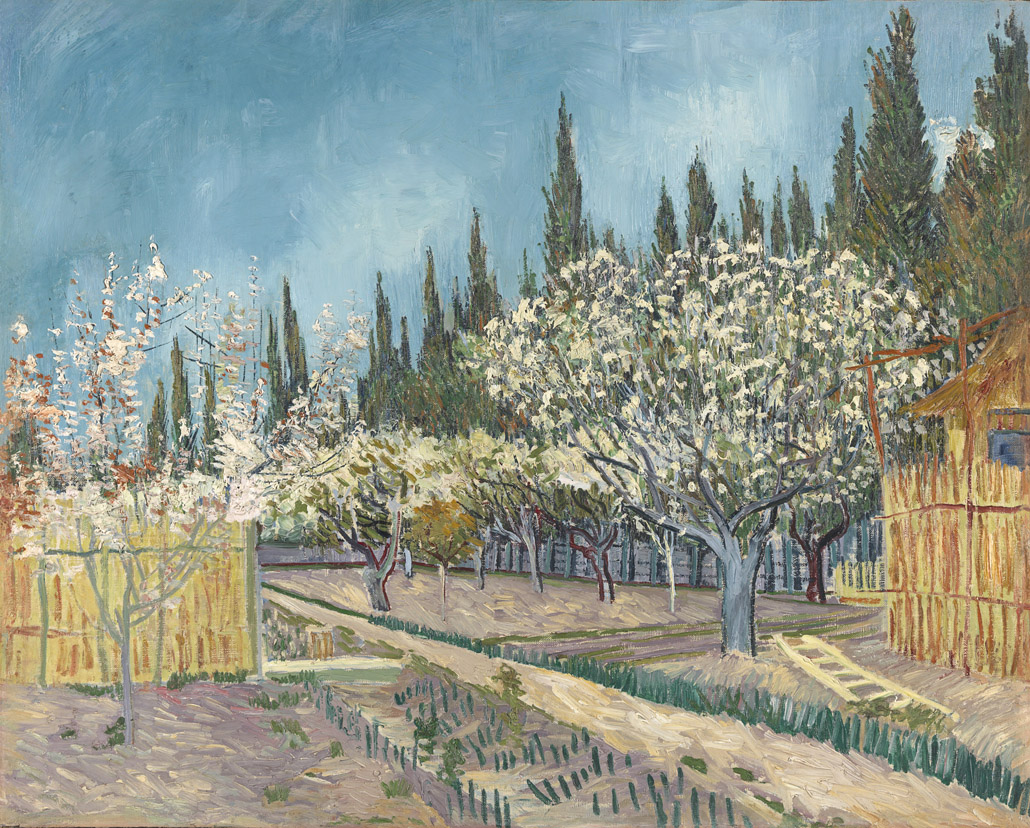 Van Gogh was born in Brabant in the Netherlands in 1853, the son of a church minister, and spent the majority of his childhood in this area. He became interested in art at a young age, preferring to paint than to apply himself to lessons at school. After four years of training as an art dealer in The Hague starting aged 16, he was transferred to London in 1873, where he worked for a time.

Whilst this was reported to be one of the happiest times of his life, an unsettled period followed, where he lived in Paris, back in England as an unpaid supply teacher, as a Methodist’s minister’s assistant, then home to his parents, who now lived in Etten in the Netherlands. He worked in a bookshop, and then, after an unsuccessful bid to become a pastor, he became a missionary in Belgium. This was obviously a difficult time in his life, and the constant relocating indicated he experienced some deep troubles, which were to continue and grow and he aged. In 1880 he again moved to Belgium, and it was at this time that his younger brother, Theo, suggested that he might consider taking up painting as a means to earn a living. After some initial experimentation, Van Gogh studied at the Academie Royale des Beaux-Art in Brussels, learning anatomy, modelling and perspective.

Following these studies came a period of works featuring dark and sombre tones, including The Parsonage Garden at Nuenen in the Snow, an atmospheric portrayal of winter in the northern hemisphere.

Van Gogh moved to Paris, France, in 1886, to live in Montmartre with his brother Theo. His brother was an art dealer who dealt in part with Impressionist paintings, and had suggested Van Gogh’s colour palette was too dark for popular tastes. He eventually adopted a brighter palette, but was slow to embrace Impressionism. He frequented the same circles as artists Henri de Toulouse-Lautrec and John Peter Russell, and spent his time painting people, landscapes and still life.

The delightful Still life with wildflowers and carnations was painted during his time in Paris. The strong red of the poppy sits beautifully alongside the intense blue of the cornflower and the brilliant white of the happy daisy, a wonderful illustration of summer. In 1888, Van Gogh relocated yet again, to Arles, in the south of France. It was here that his work became truly vibrant, as he appreciated the local landscape and light, and he painted local scenes of wheat fields, harvests and quintessentially rural idylls. Wheatfield was painted here, which stunningly illustrates a traditional autumn scene, instantly recognisable as a sign that the days are becoming shorter, and winter will soon be upon us. Van Gogh’s mental health deteriorated whilst living in Arles, and it was here that he infamously severed his ear. He spent time in hospital recovering, and also voluntarily spent time in an asylum in Saint-Remy due to his dark and unstable moods. This time coincides with what is considered to be one of Van Gogh’s most brilliant artistic periods, although some of his work indicates that he is extremely unhappy and experiencing deep anguish.

The Garden of Saint-Paul Hospital, painted whilst he was in hospital sheltering from his dark moods, belies his mental state, and shows a pretty little garden with a path leading away from the viewer. During this time, Van Gogh was particularly drawn to nature, and he seems to have found solace in its beauty. After 12 months in Saint-Remy, in May 1890, Van Gogh moved to Auvers-sur-Oise, to be closer to his brother.

Just under two months later, Van Gogh attempted to take his own life. He survived for 30 hours, long enough for his brother to tend to him, but he very sadly died on 29 July 1890, aged just 37 years.

Throughout his life, Vincent Van Gogh repeatedly returned to paint the seasons, and the exhibition will be presented in four sections, for each of the seasons.

To him they represented the circle of life, of birth, bloom, maturity and death.

The sensory pleasures or deprivations associated with each season were of particular interest to him: spring, with its delicate blossoms, summer with the hot sun beating down on yellow wheat fields, autumn, with its bountiful harvesting, and winter, with its dark days and darker nights. Van Gogh and the Seasons will showcase some of the artist’s most brilliant works, illustrating his dark days and his light, suggesting that there is indeed a time for all things, for birth, for blossoming and growth, for flourishing and living, and for endings, and that there is a rich beauty in each.

The exhibition features key works lent by leading international museums, including the Van Gogh Museum, Amsterdam, and the Kroller-Muller Museum, Otterlo, and is organised by the National Gallery of Victoria and Art Exhibitions Australia. The exhibition opens on 28 April, and tickets are available to book in advance.

Van Gogh and the Seasons

Poldark Season 3, Episode 6 is a cautionary tale, with one man is free in body, but not in mind, while another is torn irrevocably apart from the woman he loves