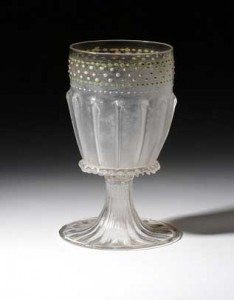 The art of glass making was practiced on the island of Murano nearby to Venice from 982, when the first document in which a dominicus fiolarius, or glassmaker appears. By 1224 a flourishing industry existed for it is in that year the first Venetian Glassblowers formed a guild. For centuries it was practiced without any major interruption and survived the many and varied vicissitudes of Venice’s long history. What evidence there exists from the medieval period reveals an industry geared to the production of everyday items such as bottles, glass and bowls, which were already being exported to German speaking countries as well as England and France. From the 15thcentury it would enter an era of artistic expressiveness that would gain momentum with the interest in humanism. As the fame of the glassblowers of Murano spread, so did the desire by other countries in Europe to discover their secrets and rigid regulations and harsh penalties were enacted by Venice in order to punish those who transgressed the laws, forbidding them to leave the island. Despite the threats the artistic and legendary achievements of the glassblowers were not hampered, evidenced by the unparalleled heights of sophistication and elegance they achieve. 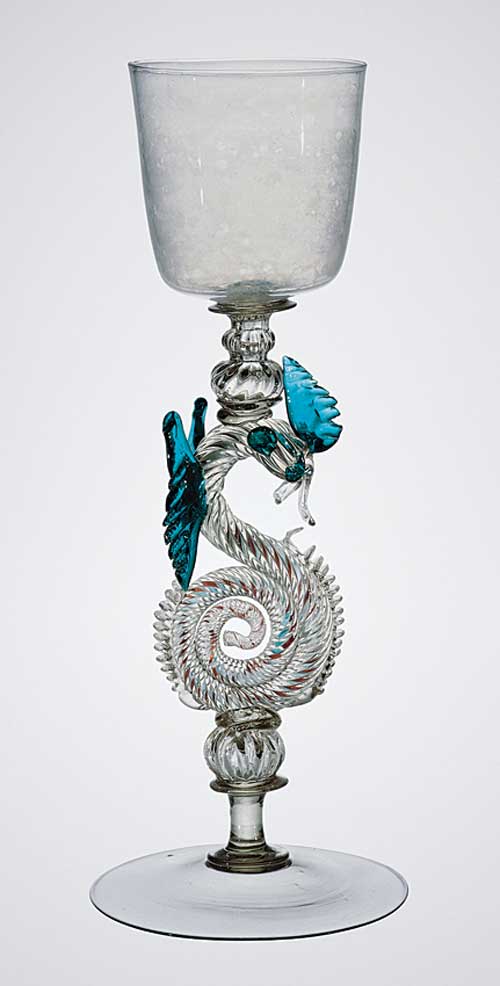 From the 5th to the 15th centuries in Europe monastic orders and Christian mysticism flourished. Italy’s painter and architect Raffaello Sanzio da Urbino (Raphael) (1483-1520), in a work known as the School of Athens (1508-1511) depicted the two worlds of Christianity and paganism facing each other as equals. The ‘pagan…