UK actor George Blagden playing 28 year old King Louis XIV of France in BBC 2 Versailles. He is in sole command of his kingdom, following the death of his mother, Anne of Austria.

All art and design is modern in its time, the visible expression of something profound and invisible. In whatever medium is used and whatever forms it takes, it is shaped by the culture and age that produced it. One of the raunchiest TV dramas to date, international arts and entertainment critics have been kept busy since Brexit, panning Series One of VERSAILLES,  a new TV series created by a British-Franco Canadian consortium headed by English producers and writers Simon Mirren and David Woolstencroft. Many it seems from articles written, believe it will put Downton Abbey in the shade in terms of its indelicacies.

The first series of ten episodes will be shown on SBS in Australia, starting in August. VERSAILLES portrays Louis XIV (1638-1715) the ‘Sun King’ as a rock star celebrity.

Original chateau of Versailles now restored to its gilded glory

You can watch the first two episodes, they are already on line for a sneak peak, and make up your own mind. We would have to say the Chateau de Versailles restored to its seventeen century gilded magnificence, is an incomparable setting, one virtually impossible to surpass.

Louis, by aligning himself with the ancient Greek God Apollo, the Sun King was able to employ its iconography, which provided the layout for the extensions and improvements to his father’s hunting chateau inside and out, following its thematic influence and path. Apart from the obvious mythological connection, it means such topics as hours of the day, seasons of the year, four quarters of the globe and seven ages of man, would also be utilized.

The seven rooms of the King’s Apartment were named for the seven planets, culminating with the Salon d’Apollon, appropriately the Throne Room. 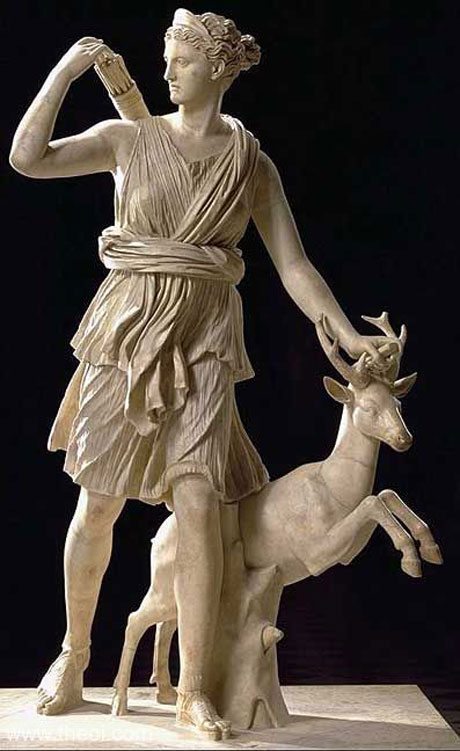 In each Salon the particular attributes of the planet in question were set forth in fables or allegories, alluding to the great things of the past.

The Salon de Venus expounded the influence of love on Kings; in the Salon de Mercure the theme was wisdom, the Salon de Mars, the warrior kings of antiquity…and so forth. Since Diana the Huntress (Greek God Artemis) was Apollo’s sister, hunting the original reason for the chateau being built by his father, could also be included in the activities of the court, an occupation that was near and dear to Louis heart. They are depicted wearing fine lawn, lace, silks and satins and the brocades and beading of the Sun King’s day, with buckles of diamonds on gilded soft leather shoes. Then there are those dashing hats with sensational plumes, which the Musketeers used to wear as well, and we must not forget that men wore make up at this stage as well.

The clothes befit Louis station in life at a time when he and his first Minister Jean Baptiste Colbert (1619-1683) were promoting French textiles as an important aspect of France’s growing economy. They showcase the King’s power and majesty, illuminated happily when he receives the first full-length seamless mirror glass from Venice, the largest ever made in the world at that time.

This is a good place to talk about gilding and mirrors in interiors during the seventeenth and eighteen centuries. In northern climes it was for most of the year darker longer than it was light; their use was not just about a display of wealth… having proved both mediums reflected candlelight, mirror plate made life after dark more bearable and if you could afford glass and-or gilding, you used it lavishly.

Luscious, lascivious and lovely ladies wearing either a sensational state of undress or otherwise sublime costumes are also depicted enjoying a louche lifestyle at the court of the Sun King.

Ladies with rich plump, drowsy flesh were well known at the lavishly dressed court of Louis XIV by the 1660’s, where a loose state of undress underlined the fact the person posing in such a garb must belong to an exclusive group of superior people. Court etiquette demanded only someone of a superior rank could receive a person of lower rank in a state of undress.

By way of contrast, a person of inferior rank was required to be fully and formally attired when attending a person of superior rank.

The Sun King’s political victories are constantly being undermined by sibling rivalry. Alexander Vlahos as Monsieur, fearless in battle, submissive in the bedroom…

He wears his pantaloons very prettily indeed, as he shows off his warrior skills on the battlefield while giving into steamy advances in his bedroom. The blonde and beauteous Chevalier, Philippe de Lorraine (Evan Williams) breathes heavily and regularly in his ear, delighting in giving Phillippe ideas above the station he was born to in life, as the King’s main supporter.

There is plenty of flesh in sight from the ladies in Louis’ life with Elisa Lasowski as Louis’ first wife Marie-Therese who embarrassingly gives birth to a child of mixed race as their first born.

Certainly to date we haven’t had much of a glimpse of the much loved man France believed Louis to be, just a fairly skewed Anglicised version. If I was French I would be struggling not to be insulted. Sarah Winter is Louise de la Valliere, Louis first official mistress who has a perchance for self-flagellation, which must have been very tiresome for them both. Anna Brewster is another of his special ladies, Madame Montespan.

It is recorded that one of the most admired traits of Louis XIV’s character was his kindness and generosity, especially when things went wrong, never blaming his generals for a defeat, only himself. Be interesting to see if the TV series producers will be able to take a leaf out of his book when dealing with the criticism they evoke. Louis XIV at War in Versailles the TV Series

After watching the first two episodes I found myself wishing someone had worried about delivering excellence, rather than treating their main character so shabbily, despite the clothes they dressed him in.

So sad they didn’t take a leaf out of the book of the team who produced The Musketeers or STARZ Outlander, getting that balance of historicity, levity and entertainment, via fine scripts and seriously superb acting, so very right. Series Two of VERSAILLES is currently being filmed and, if they use that ‘cake’ reference, I do believe I will be forced to scream!

Historically, just a little about Louis and Versailles

Watch our You Tube Videos

Jacques Lemercier 1585–1654, Francois Mansart 1598 – 1666 and Louis Le Vau 1612 – 1670 were all architects contributing to the evolution of architecture in a style we now know as Baroque. They brought a genuinely French tradition of this style of architecture to a high level of perfection.

In 1669 France’s King Louis XIV engaged Le Vau and Le Brun, finally bringing all of Foucquet’s Dream Team from Vaux le Vicomte together to expand his father’s hunting lodge. Building the Chateau at Versailles became the enduring passion of Louis life, and he did not stop adding to it or improving it while he was alive.

Jules Hardouin Mansart completed the Galerie des Glaces, or Hall of Mirrors at Versailles for Louis XIV in 1686, its restrained baroque architecture with amazing interiors by Charles Le Brun was breathtaking in its majesty as were the gardens by Andre Le Notre, designed to form a natural complement to the chateau