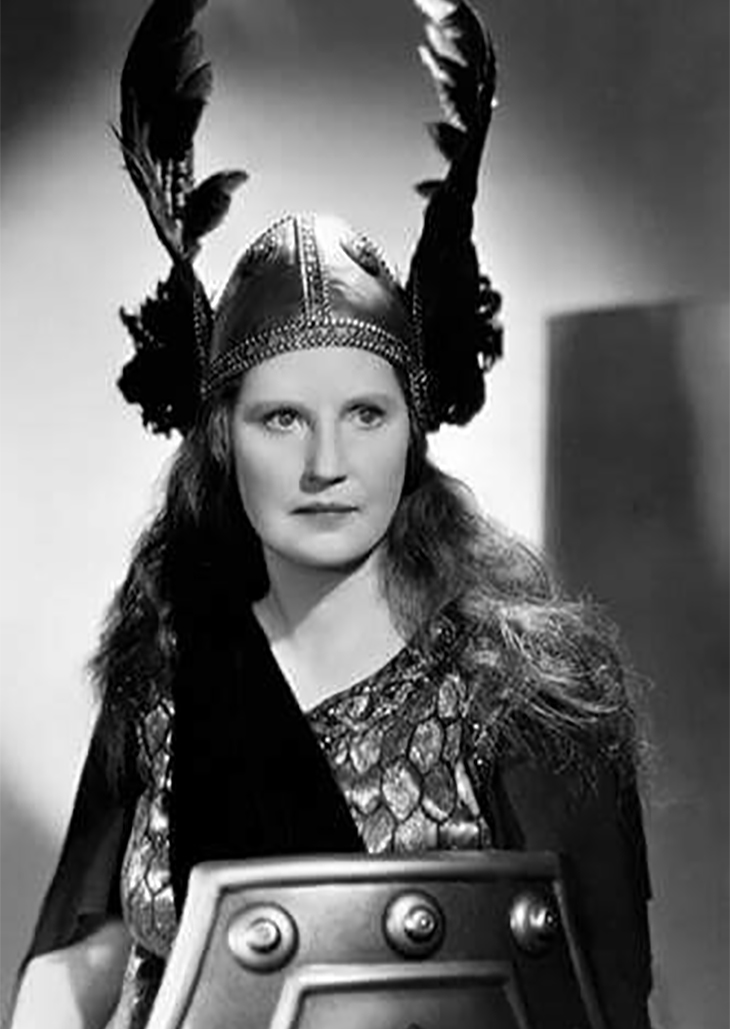 An early Brunhilde wearing her helmet with added horns!

Today in popular culture, it is quite common for many people to confuse facts and fiction. This happens more particularly when enthusiastic directors and producers of hit television shows and movies, bend facts in favour of entertaining the viewer, often giving people and their culture celebrity status. One character in musical history Brynhildr, a buxom figure from Norse Mythology like Thor, famously appears in German composer Richard Wagner’s opera cycle. Known affectionately as ‘The Ring’ (Der Ring des Nibelungen). She was a buxom figure, depicted as she hit the high notes, wearing a horned helmet.

The nineteenth century costume designer added the horns to the lead soprano’s helmet so the audience would understand who was good and who was evil. It was historically inaccurate; however the image lasted for a very long time and helped perpetuate a fiction about the group of Swedish peoples known today as the Vikings.

As it turns out, the helmets the Vikings wore NEVER had horns – EVER! 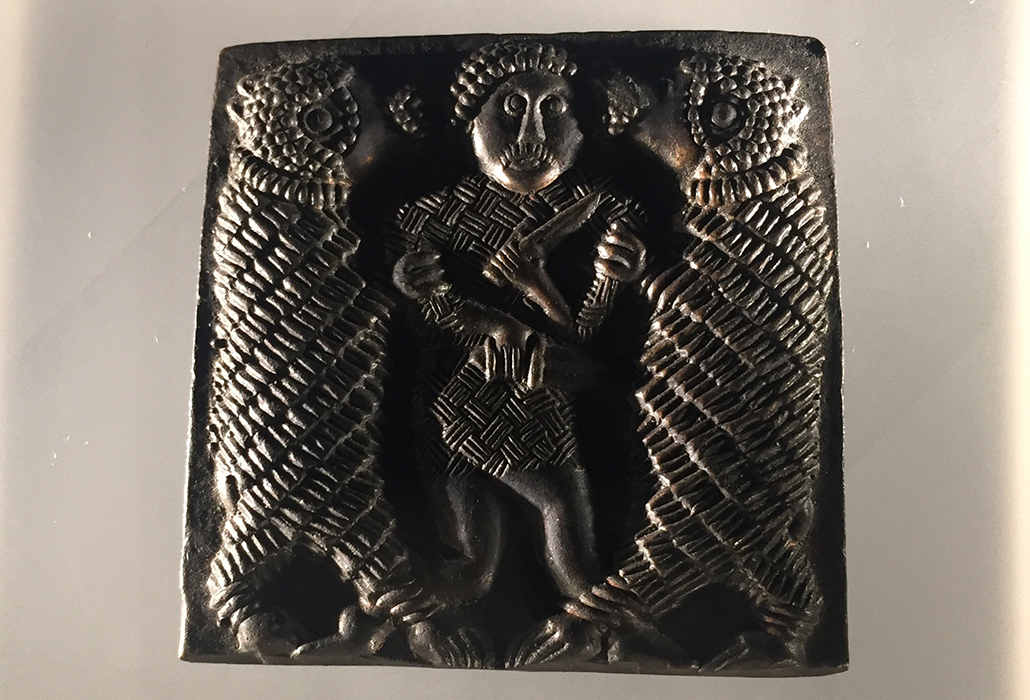 Vikings have been riding high on a wave of popular culture for over a hundred years or more now. The very word ‘Viking’ could be defined as one who travels. The people originally based in Scandinavia, were busy both raiding and trading in Europe and the British Isles, during the same period as the Muhammadans, Arabs and Magyars, causing constant shifts in power and authority. They also often stayed and settled in the countries they travelled to. 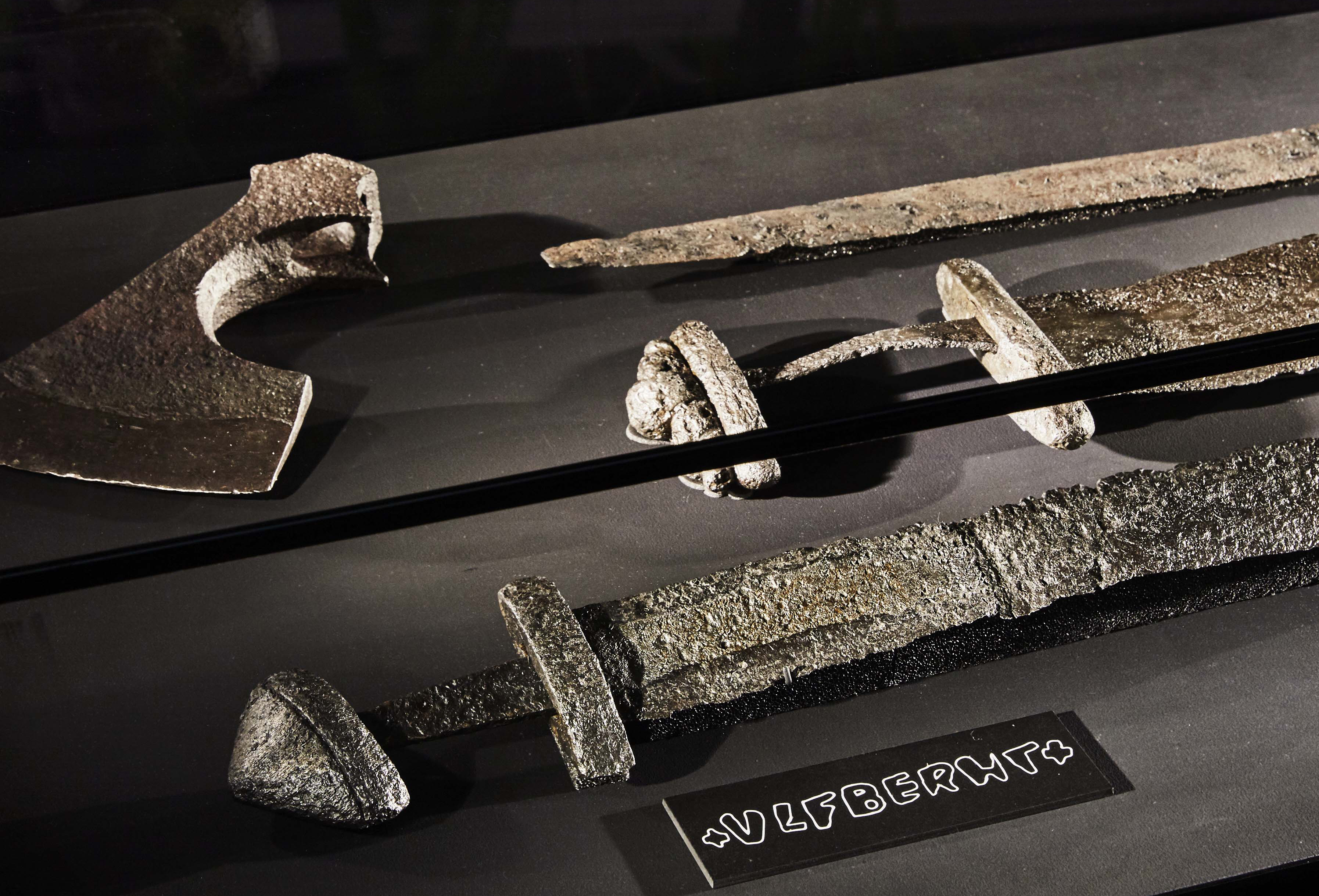 On loan from the Swedish History Museum in Stockholm, Vikings: Beyond the Legend now on show at the Melbourne Museum until August 26, 2018, features 430 original artefacts and 40 replicas, the largest collection of its kind to visit Victoria. The aim of the exhibition is to bring the people from the Viking period to life with a wealth of unique objects, multimedia productions and interactive elements. Our traditional view of the Vikings as brutal, bloodthirsty barbarians is also called into question. 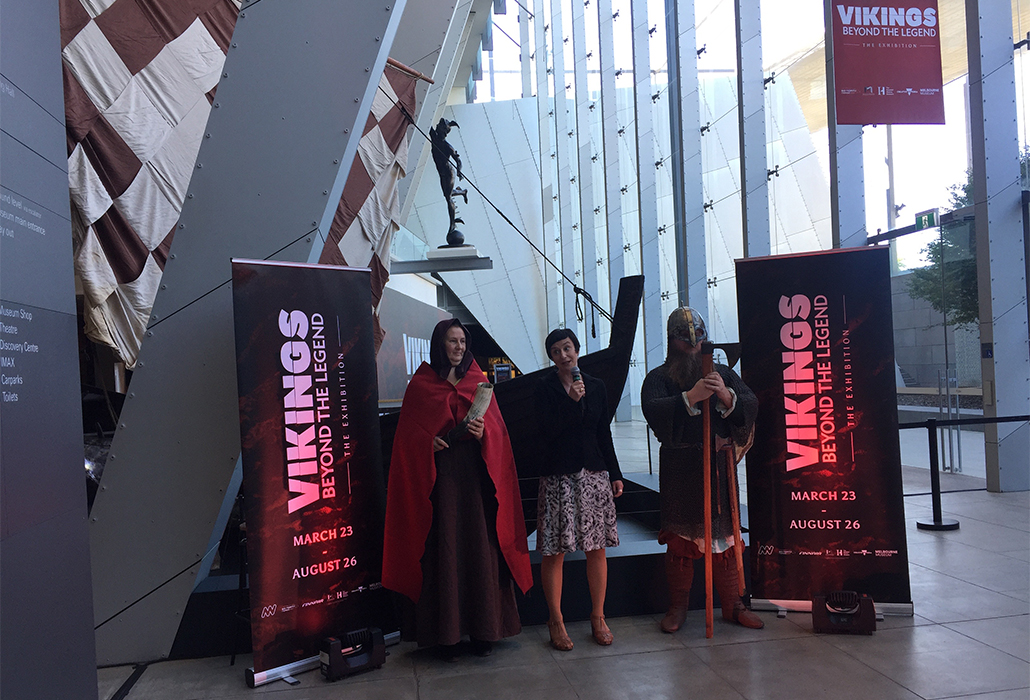 Curators Katherine Haputman and Lena Hejll who both come from the Swedish History Museum are responsible for touring the travelling exhibition Vikings: Beyond the Legend. They were on hand to talk to the media at a preview of this exciting exhibition.

An archaeologist and ethnologist with decades of experience in developing and curating exhibitions Lena Hejll provided an erudite, entertaining and fascinating fact filled commentary, one most present would have happily listened to all day. 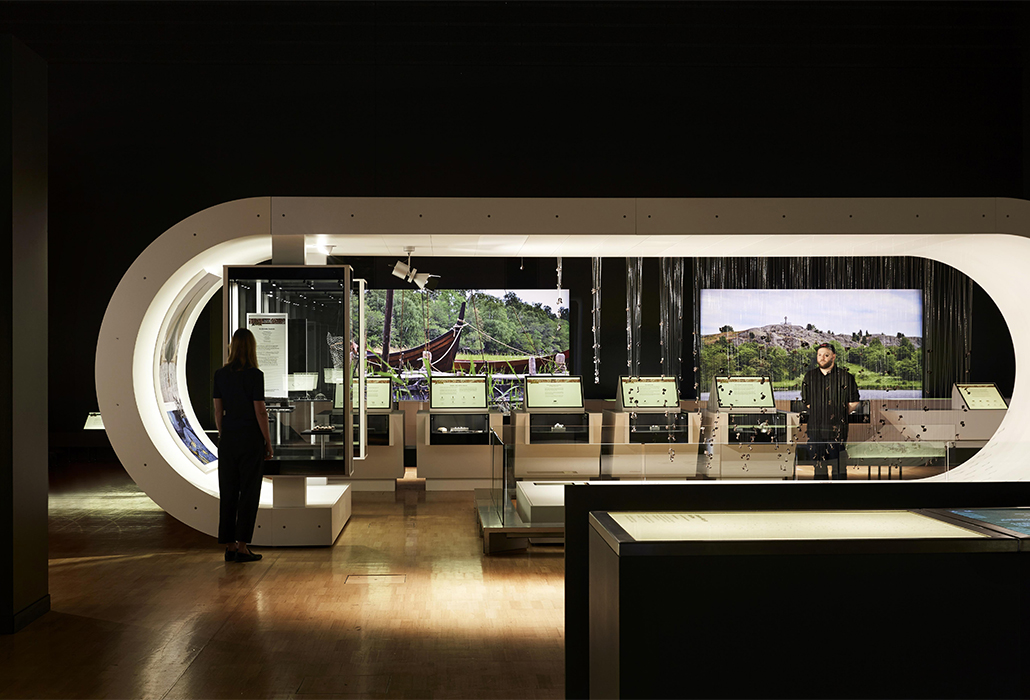 The exhibition objects are beautifully displayed in a completely contemporary setting, providing a unique insight into the Viking peoples, their family life, their homes, religion, death rituals, craftsmanship, raiding and trading culture, and ships. 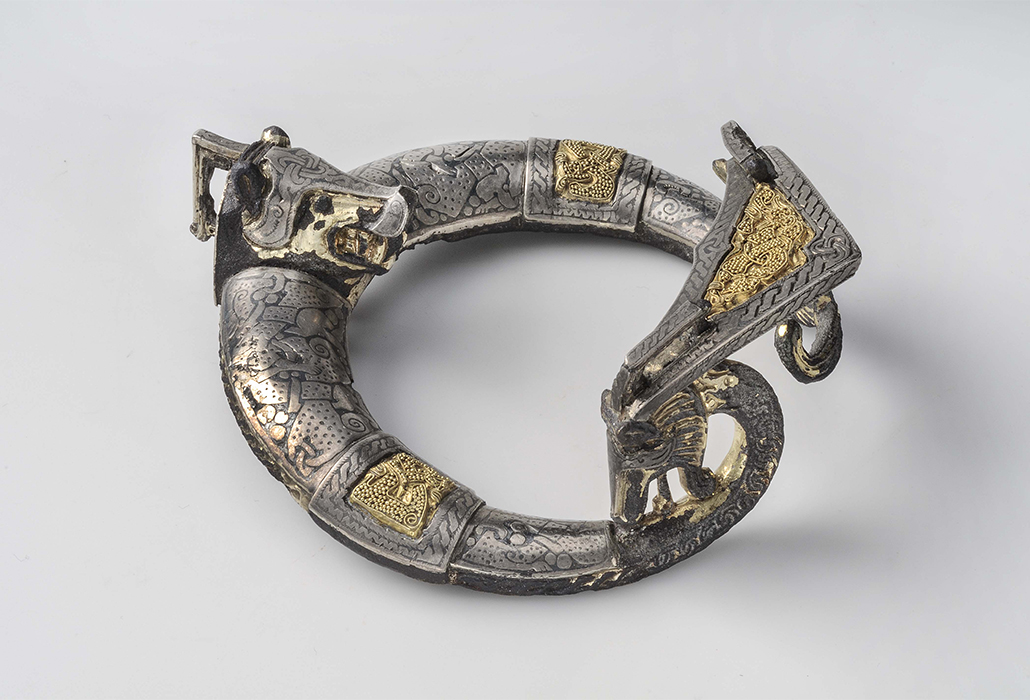 Pennanular brooch: Bronze, silver, gold In the centre of the brooch an animal head is depicted. The end-knobs are shaped as animal heads, Austris, Tingstäde, Gotland, Sweden

The Vikings were a group of peoples whose culture was strong from about 700 AD to 1100 AD, hunting, fishing and being involved in agriculture. 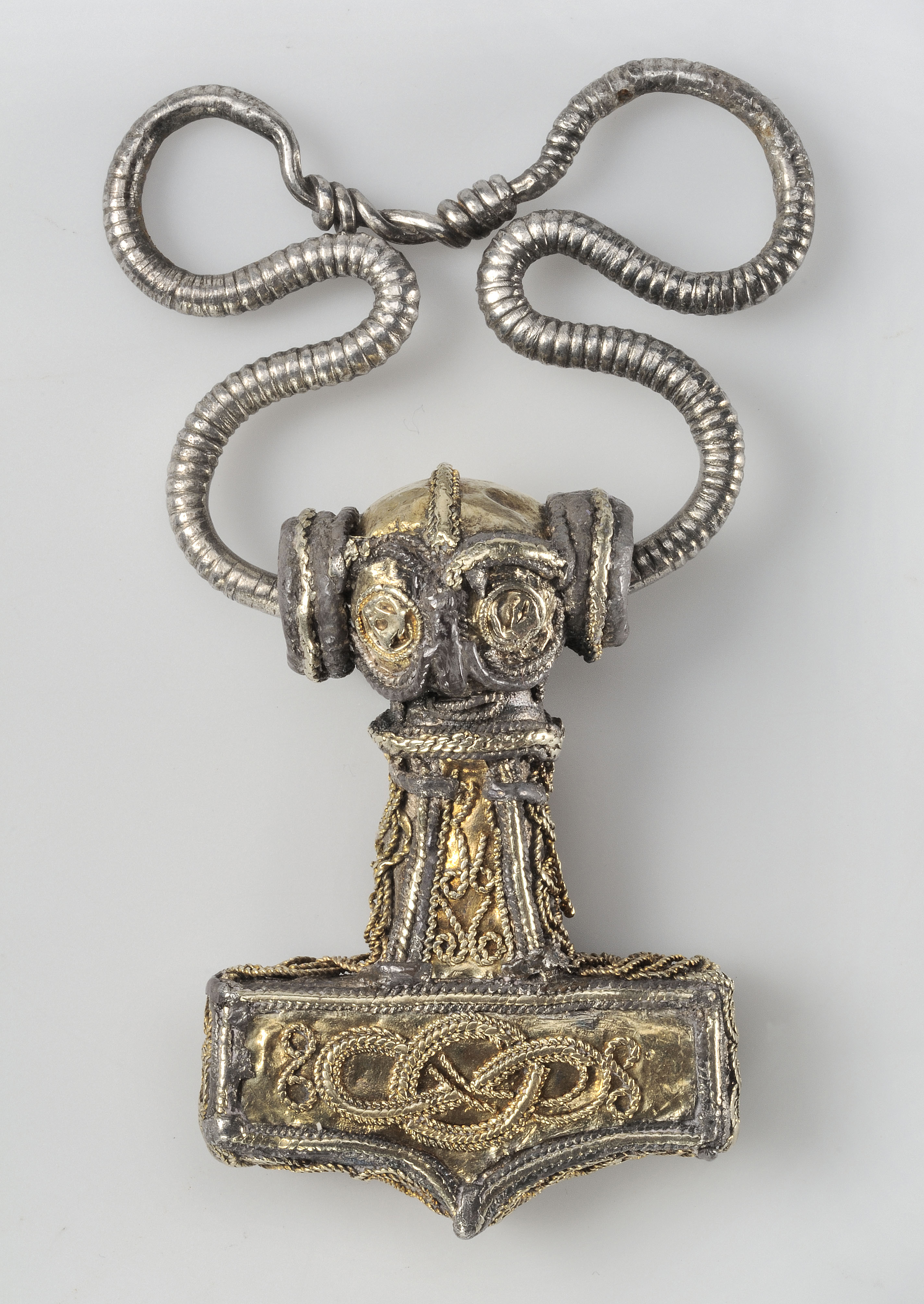 Pendant, Thor’s hammer: Gold, silver The pendant is richly decorated with filigree ornaments and is one of the kind. Erikstorp, Ödeshög, Östergötland

They farmed animals and traded their goods as far away as Istanbul, with silver the most highly prized of the metals used.

Many of the silver hoards found from the Viking period, testify to the fact they had access to the silver riches of the Near East.

This often translated into dramatic jewellery like that on display.

Brooches in particular, were also used to fasten clothing in place. 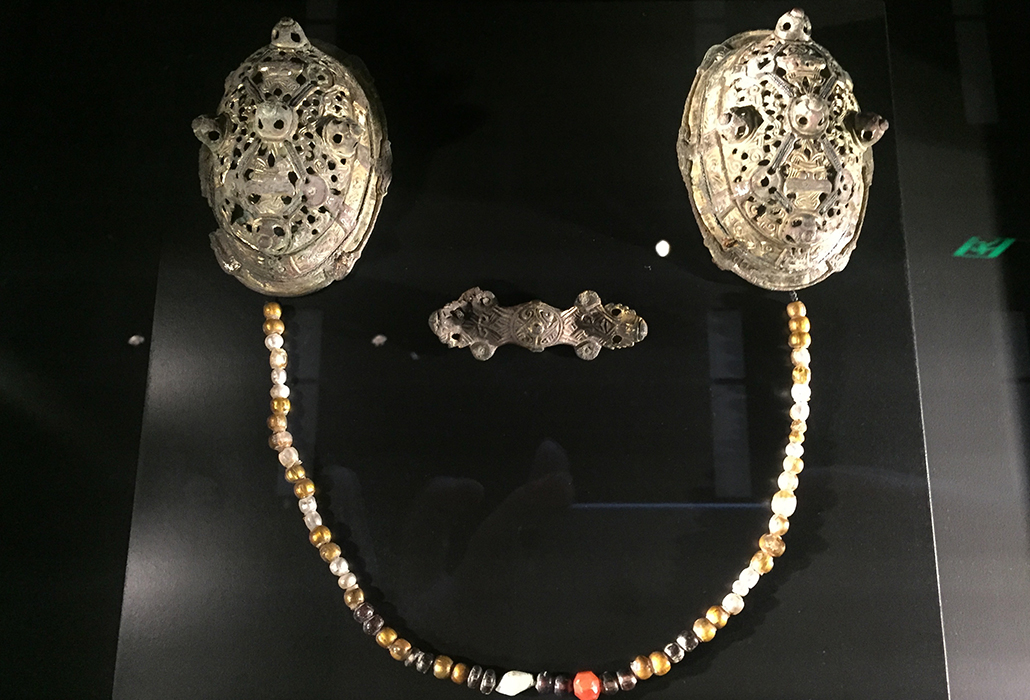 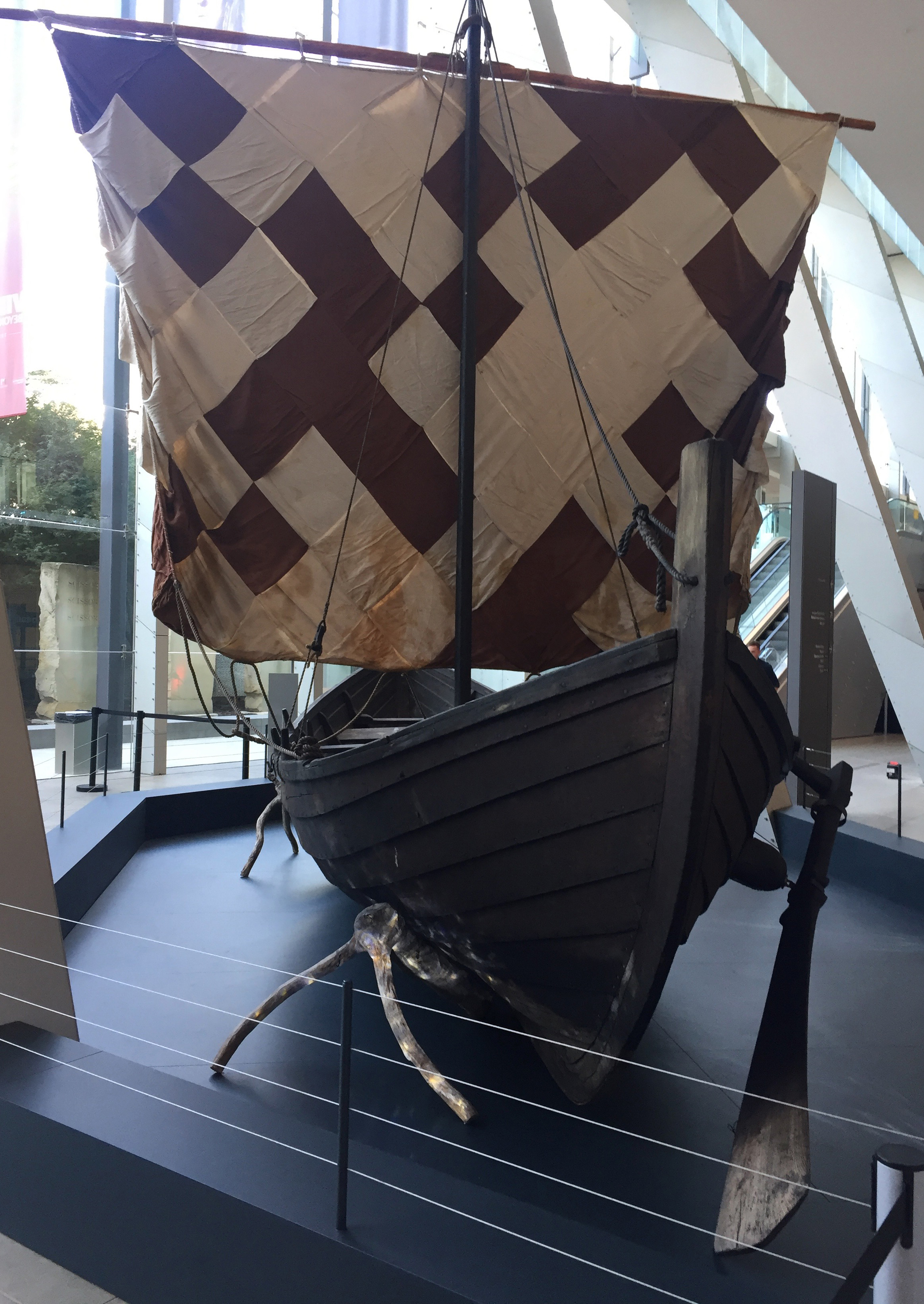 A replica of a Viking merchant boat was found in Gotland Island in Sweden during the 1920s.

It greets visitors at the entrance with its wondrous patchwork styled sail.

It has had its mast and sails reproduced from images on a 1000-year-old picture stone, which was discovered nearby to where the boat was uncovered.

The Vikings as both raiders and traders, were intelligent peoples and so much cleaner than English and Europeans were at the time.

They bathed at least once a week.

They used combs, wash basins, tweezers and even great mirrors, which from the traces of these objects found, would also suggest they looked after their appearance. 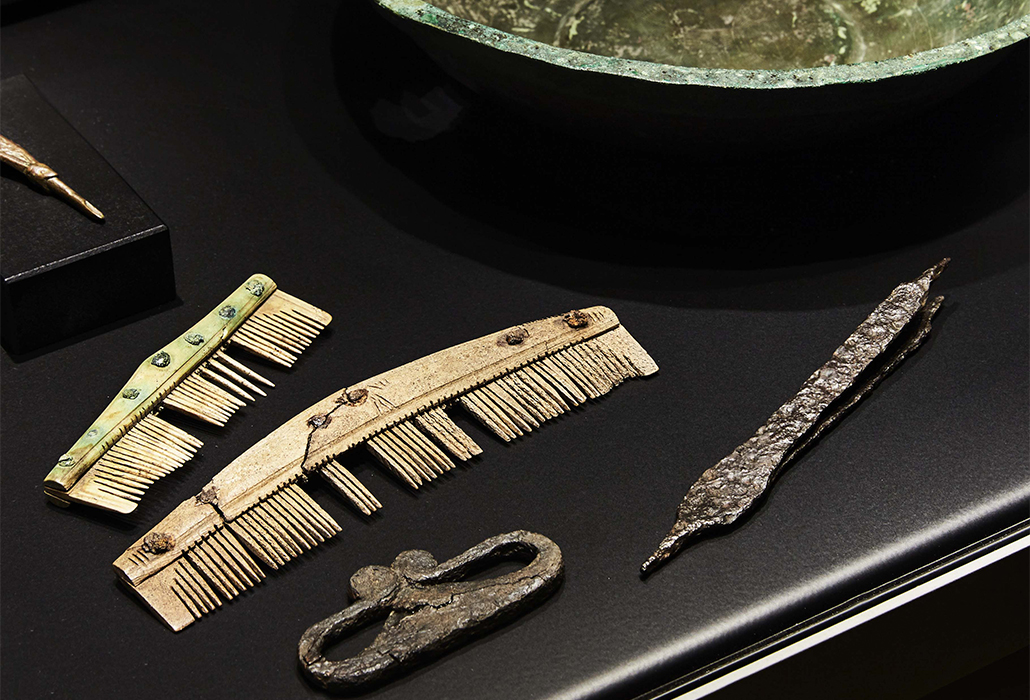 Fifty percent of the Vikings were women.

They could inherit property, obtain a divorce and could also reclaim their dowry from the man in their life, if their marriage did not work out.

Seemingly it was a society in which respect also abounded. Merchants and farmers were raiders, although most likely when they were young, turning to a different life as age and injuries demanded. They were good farmers as well as sailors, and cultivated the land developing trade routes from all parts of Europe including Normandy in France and the British Isles where many also settled taking many an age old tradition with them. 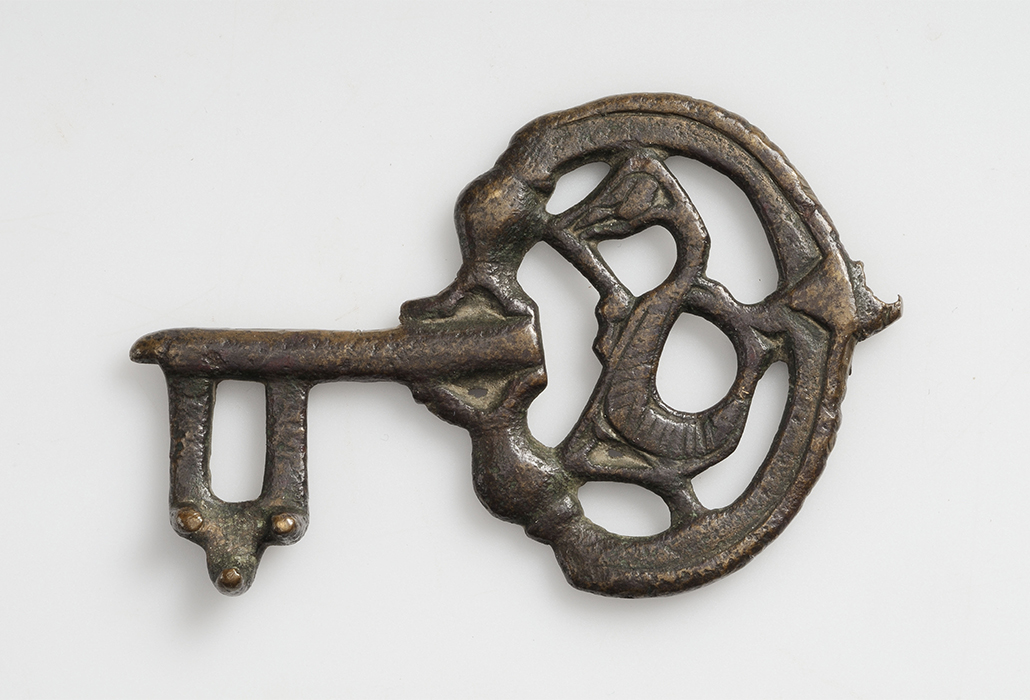 Key: Bronze An animal is depicted in the middle of the handle. Unknown find spot, Sweden.

In Sweden, it was a custom during the Viking Age, for those women in charge of a household to wear a key as a symbol of authority on their belt for all to see. This transposed to England where during the nineteenth century, the key also became symbolic of the importance of the housekeepers role in country houses, with many a glorious ‘chatelaine’ designed to display it.

When Britain colonised Australia it also became popular here for a short time as well. One tradition lasting for hundreds of years and through many generations. 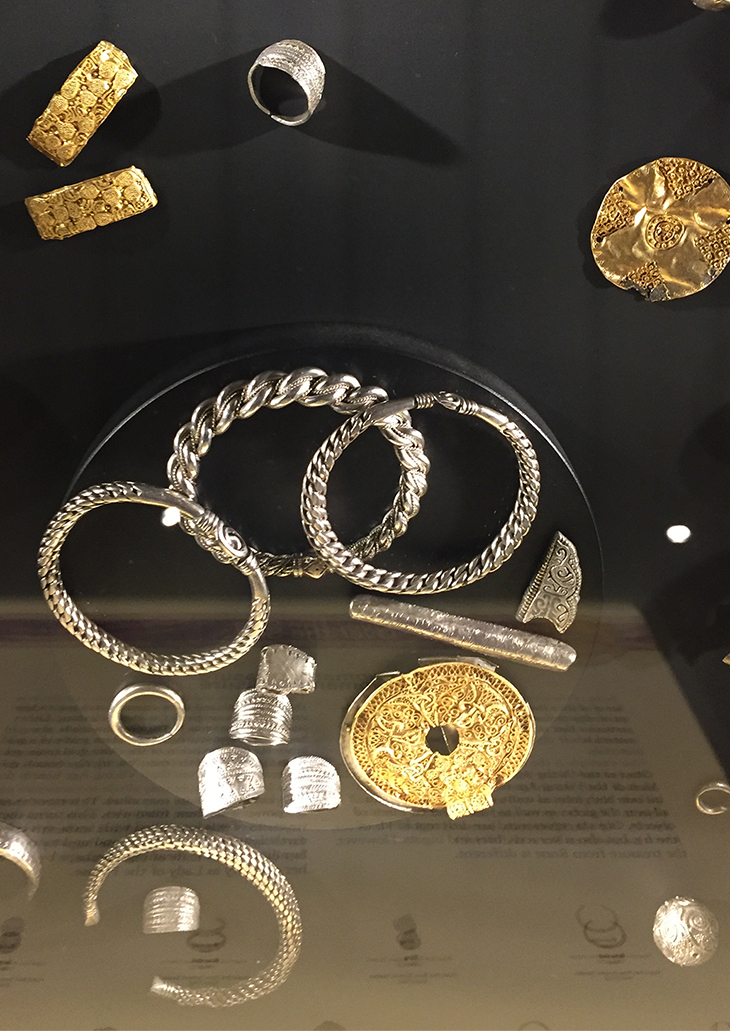 This is not a huge exhibition but it is superbly produced and displayed, with lots of factual information for people to absorb, a must to see, especially if they have a vested interest. Today people all over the world descend from the Vikings – I know, I am but one.

Vikings: Beyond the Legend

War and Pieced is an exhibition of Quilts, made from military fabrics, chosen from the collection of Sydney based leading International authority, Annette Gero