When President Jack Kennedy gave his ‘Moon speech’ at the University of Utah in America on September 12 1962, the excitement attached to ‘choosing to go to the moon’ was palatable. In humankind’s evolutionary story, the subsequent moon landing was only the first of many steps to be taken before a great many people would share the excitement of travelling into space.

The moon landing wasn’t just about the doing either, but about the daring to do, the bravery of those involved from the technicians to those who made it possible for those brave astronauts to first fly atop those great Saturn rockets into the unknown regions of the sky on seventeen Apollo missions.

During the opening days of 2014 in dawn’s warm pink light over the Mojave desert in the southwestern area of the United States on a test flight, a new phase in the dream about accessible space travel came true.

The awesome 21st century space launch hardware the Virgin Mothership lifted her payload effortlessly into the sky and then let the spaceship, which is powered by a hybrid rocket motor go to complete her mission alone. This flight was the third opportunity to see a supersonic, rocket-powered test of the Virgin Galactic system after dozens of successful subsonic test flights. Dave noted ”with each flight test, we are progressively closer to our target of starting a commercial service in 2014.”

The imagined Star Trek style reality is yet another step closer in time. For the moment it will only be available to those with the ready necessary.

The vehicles will allow an out-of-the-seat, zero gravity experience with astounding views of the planet from the black sky of space for tourist astronauts and a unique microgravity platform for researchers. 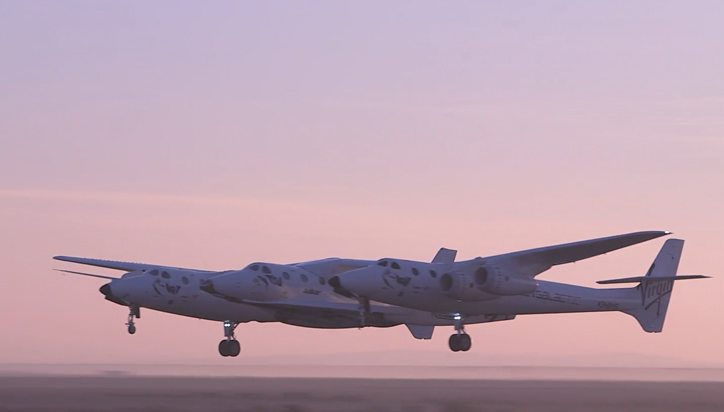 Each passenger gets the same seating position with two large windows: one side window and one overhead, so that, if you don’t want to float free in space, and you’d rather just remain in your seat, you still get a great chance to see the view. No more squabbling over who has the best seat 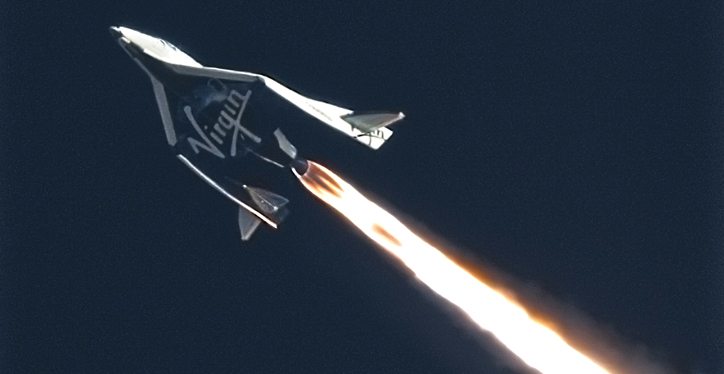 For Mackay, the flight was a “dream come true.” He said, “To be behind the controls and fly it as the rocket ignited is something I will never forget.

She flew brilliantly. All the tests went really well and generated vital data that will be used to further fine-tune our operations.”

Bringing the dream of commercial flight to reality by the protagonists involved in this great space play began in earnest back in 2004.

To date, the company has accepted more than $80 million in deposits from approximately 680 individuals, which is 20% more than the total number of people who have ever gone to space.

Virgin Galactic commercial operations will be based at Spaceport America in New Mexico. 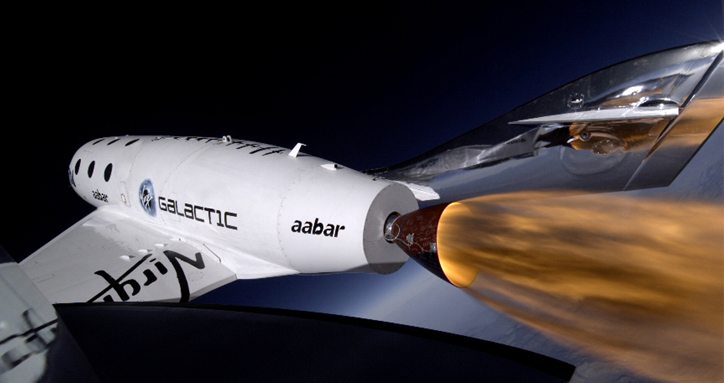 Commenting on the success of the mission Sir Richard Branson remarked

“…2014 will be the year when we will finally put our beautiful spaceship in her natural environment of space. Today, we had our own Chief Pilot flying another flawless supersonic flight and proving the various systems required to take us safely to space, as well as providing the very best experience while we’re up there.”

“The exploration of space will go ahead, whether we join in it or not, and it is one of the great adventures of all time…”*

Opening September 22, 2014 at The Metropolitan Museum of Art in New York there will be a landmark exhibition, Assyria to Iberia at the Dawn of the Classical Age