The second program in their 2015 series for the Australian Brandenburg Orchestra will see Artistic Director Paul Dyer swapping his harpsichord for his Apple Mac and together with guest concertmaster Brendan Joyce (solo violin) they will celebrate Richter and Dyer’s leap of faith by presenting the Australian premiere of an audacious  work Max Richter’s Recomposed: Vivaldi’s Four Seasons with guest concertmaster Brendan Joyce on solo violin. 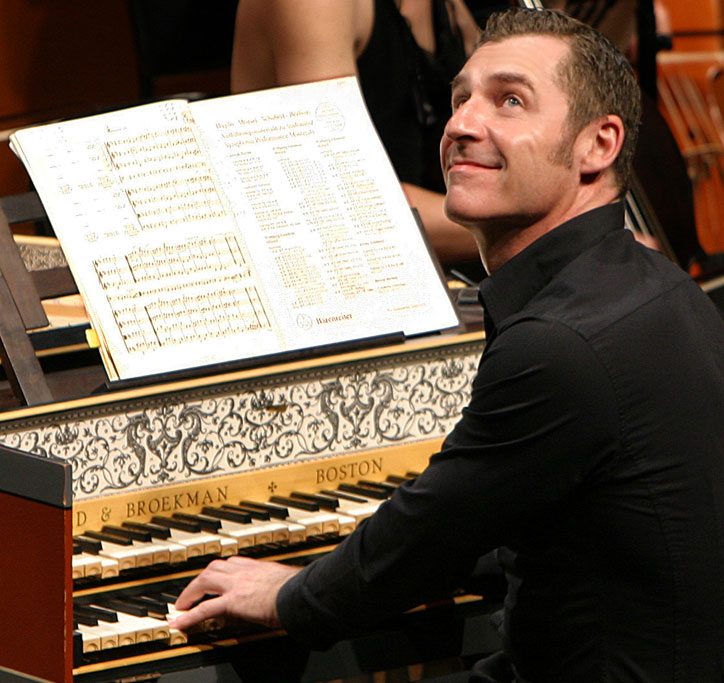 For the initiated it is all about how ‘great music is constantly revealing itself to us and can flourish under radically different interpretations, whilst retaining its indestructible genius’ says the ABO Harpsichordist, Artistic Director and Conductor Paul Dyer who will swap his harpsichord for his Apple Mac and together with the orchestra will embrace the 21st century in music making. They will also present more traditional performances of Bach’s Brandenburg Concerto No.3 and a concerto from Vivaldi’s grand L’estro armonico, is a C.P.E. Bach concerto for cello also re-imagined for the soprano saxophone. Australian Saxophone soloist, a popular ABO guest for their Christmas concerts Christina Leonard will join the party. Her emphasis has also been on historical performance and will join Paul Dyer and the rest in taking a ‘leap of faith’. It is all about a spirit of adventure and love of music. On ABC TV Dominic Cooper is a powerhouse as James Bond’s creator looking up from playing cards smirking gloriously as he says ‘The name is Fleming, Ian Fleming.