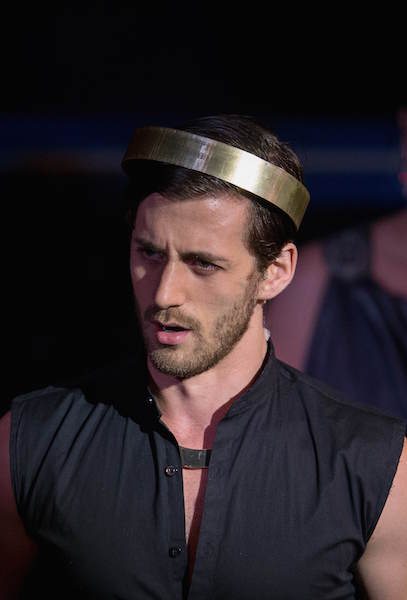 Passion and power and love conquering hate are defining themes for the tragic opera Bajazet, presented in City Recital Hall Angel Place during the Sydney winter season by the Pinchgut Opera, a boutique opera company who specialises in producing and presenting rare works.

In ancient times the ‘soul’, not the body was that attribute of a human being believed to require cultivation and there was an idea that the shortest and surest way to live with honour in the world is to be in reality what we would appear to be. Plato one of the three revered ancient Greek philosophers selected the ‘soul’, not the body, as that attribute of a human being requiring cultivation. He believed that as the body was improved, so would the soul benefit from being exercised by morally right behaviour.

In a patriarchal society for hundreds of years the assumption affected a man’s standing in life and the careful preservation of honour has been a subject of constant reinterpretation since.

Bajazet, produced by Italian composer Antonio Vivaldi for the 1735 Carnival season at Verona, tells the tumultuous tale of death before dishonour for Bajazet (Beyazid 1389-1402), Sultan of the Ottoman Empire, son of Sultan Suleiman (the Magnificent), who was captured by the Emperor of the Uzbek Turks Tamerlane (1336-1405). As we discover, Bajazet would rather give up his life at his own hands than have his family or daughter Asteria, whom Tamerlane claims to love, dishonoured by his enemy. 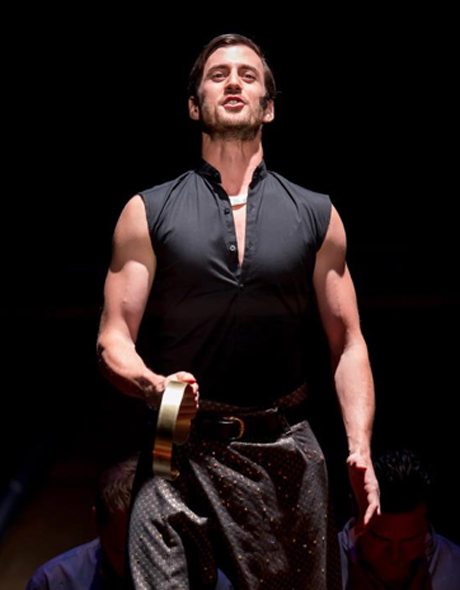 18th century admirers and followers of opera loved the ‘exotic’ aspects of the east and in Bajazet its customarily complicated love element and score has been woven eloquently by Antonio Vivaldi (1678-1741) for his followers into a work of great depth and delight.

Both theatrically and musically passionate, Bajazet is one of fifty operas portrayed with poignant nobility and composed about the well-known rivalry between Tamerlane and Beyazid.

The Pinchgut Opera will welcome back New Zealand baritone Hadleigh Adams, who appeared as Pollux in Castor and Pollux for the Pinchgut in 2012, as he embraces the challenging role of Bajazet .

The set and costumes will be produced by Alicia Clements, who has had a great deal of experience working in opera, theatre, film and live performance between London and Australia.

Bajazett is a pasticcio of works, the fashion of the time. As per tradition Vivaldi would use his own compositions to represent the good guys in the narrative, while works by rival composers were usually employed to represent the enemy.

Two stunning arias Qual guerriero in campo armato an aria by Riccardo Broschi, brother-composer to the great 18th century castrato Farinelli, for whom it was composed and Sposa son disprezzata in which Vivaldi broke with tradition, to compose an aria for the villain of his piece, will be sure to dazzle. Helen Sherman, photo by Benjamin Harte, returning home to sing the role of Irene in Vivaldi’s Bajazet for the Pinchgut Opera

Thanks for talking to ‘The Circle’ Helen.

Q. If someone hasn’t seen an opera before is Vivaldi’s Bajazet a good place to start?

A. “Yes! First timers can expect to be wowed by genuine vocal and orchestral fireworks and to see, hear and feel the extremes of human emotion”

Q. What made you choose opera, was there a defining person or one moment in your life when you said yes, opera is the career path for me?

A. “It was always singing for me, but not necessarily opera. I remember the day I fell for opera. I was covering third novice for Opera Australia’s production of ‘Suor Angelica’. During the studio run, I had the privilege of being about three feet away from Cheryl Barker as she sang, with tears streaming down her face, “Madonna! Madonna, salva me! Salva me! From that moment it was opera for me.”

Q. How do you prefer mentally and physically to perform a role that demands so much vocally from the performer?

A. “Practice, practice and more practice. It’s so important to be mentally positive too – not to let the coloratura get you down! – which isn’t always easy. A lot of people think I just sing coluratura without thinking, but with my aria ‘Qual guerriero in campo armato’, it took me a full month to be able to get through it without stopping! Once it started to flow however it was a very liberating and rewarding feeling. In rehearsals, I tend not to mark (half sing) because I like to know, by the time opening night comes round, that I’ve sung every inch of the work every way possible, including on days when I’ve maybe not been feeling so good” Countertenor Christopher Lowrey, performing the role of Tamerlano in Vivaldi’s Bajazet for the Pinchgut Opera

International Countertenor Christopher Lowry won numerous fans when performing in the stunning opera Faramondo at Brisbane Baroque, 2015. He will be performing the role of Tamerlano.

Sara MacLiver a leading exponent of Baroque repertoire is Idaspe, Andronicus’s confidant. Sara will sing one of Vivaldi’s favourite hair-raising “tempest at sea” arias of which the composer was fond, presenting it in her indomitable way.

Countertenor Russell Harcourt will appear as Andronicus, the man Asteria is really in love with.

A Master of Arts in Opera performance from the Royal Academy of Music at London, where he studies with soprano Yvonne Kenny, Russell appeared in Griselda in 2011 for the Pinchgut Opera.

Patrons are sure to enjoy the clarity and purity of his tone and he is renowned for his excellent characterisations.

For this production Matthew Greco will lead the Orchestra of the Antipodes on their period instruments with acclaimed harpsichordist and conductor Erin Helyard guiding their musical journey.

Lighting designer for the 2014 Pinchgut production of Iphigenie en Tauride Matthew Marshall is back to create his magic. Antonio Vivaldi demanded a great deal from both his singers and players.

Bajazet will be a challenge for all, but with such an amazing array of talent on stage and behind the scenes, the winners are sure to be the audience as they all inspire each other to raise that bar of excellence as high as it can go. Baz Lurhmann’s opulent version of F. Scott Fitzgerald’s classic “The Great Gatsby” is a triumph. From the opening credits, he had me swept away, in the story of a mans unbridled obsession and the lengths he will travel to secure that possession.  Duo Baz Lurhmann and Catherine Martin’s creative prowess…