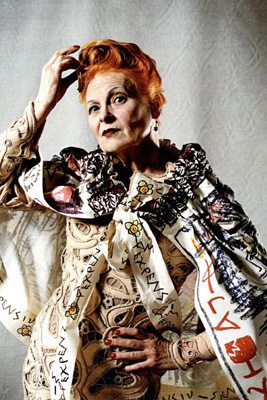 When I think, who could possibly be the Queen of British fashion, only one name springs to mind – Vivienne Westwood.

Totally uncompromising in her design aesthetic, her clothes are instantly recognisable.

With a career spanning more than five decades she is still wowing audiences with her anarchic attitude.

Born in Glossop, Derbyshire, UK on April 8th 1941, Vivienne Isabel Swire spent one term at Harrow art school before dropping out to study and become a primary school teacher. She met and married Sam Westwood, with whom she had one son, Ben born in 1963. The union was not to last. Vivienne met Malcom McLaren and in 1965 she divorced Sam and moved to Clapham.

She and Malcom had a son together, Joseph Corré. In adult life he went on to found the cult UK lingerie brand “Agent Provocateur”.

While teaching Dame Vivienne sold jewellery at a stall on Portobello Road. Obviously she was destined for greater things and meeting Malcom was a catalyst for this happening.

In the late ’60’s he opened a shop on Kings Road, London. First named “Let it Rock”, it went through a few incarnations,renamed “SEX”  in 1974 and finally “Worlds End” which it remains today. 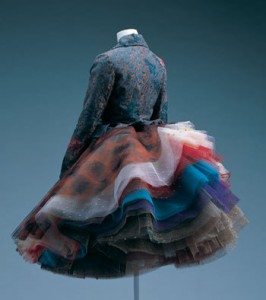 Under the “SEX” moniker it became a hang out for young punks, including members of the Sex Pistols, Chrissie Hynde from the Pretenders, Adam Ant and Siouxsie Sioux.

The mix of music and fashion was perfect. Westwood and McLaren had a huge influence on urban youth culture and clothing. The politics of Britain in the 70’s was a hotbed of hatred towards the upper class.

Every generation loves the shock of the new. Sex, drugs and rock n roll were the order of the day  and these two entrepreneurs proved being in the right place at the right time is gold. By selling fetish clothing, leather and rubber they tapped into a whole new world of design.

In 1976, Vivienne produced her “bondage” collection, incorporating buckles, straps and studded dog collars as jewellery . These looks would filter down through mainstream fashion, debunking the idea that her designs were to radical for everyday consumption. 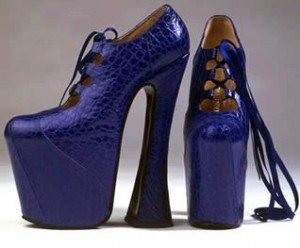 It was 1981, around the time that Westwood and McLaren split, that she began to show in Paris. She pioneered the “pirate look”, using ruffles, huge petticoats and puss’n’boots style footwear. This was a huge influence on the burgeoning “new romantic look’ which took the decade by storm.

We can see the influence in Princess Diana’s wedding gown designed by the Emmanuels.

Westwood has always had a very suggestive silhouette, and a love of corsetry has always been used in her couture. We can see this in current collections and I love her references to historical trends.

Her tailoring is exemplary, her coats divine and asymmetrical necklines fabulous. She is establishment by being the anti, I would imagine she loves this, stirring the pot constantly!

Always the eccentric, she was given an O.B.E. (Order British Empire), in 1992 famously wearing no knickers to meet the Queen.

The press had a field day, when posing for a pic, she twirled in her full skirt. As usual she left nothing to the imagination! 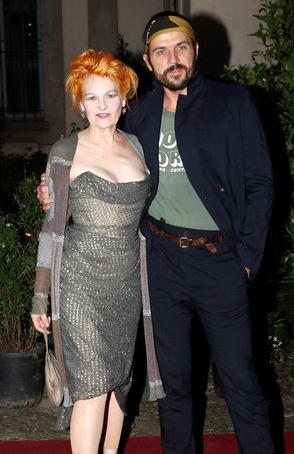 She married Andreas Kronthaler, 24 years her junior, in the same year. 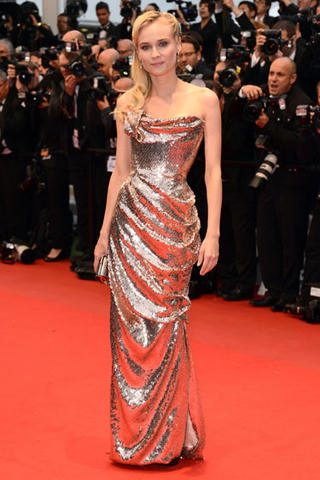 In 2007 she was presented with an Outstanding Achievement in Fashion by the British Fashion Awards. She was now, in every way, a grand Dame.

Dame Vivienne is today also part of the Ethical Fashion Initiative. This initiative has enabled women in the slums of Nairobi to become masters of their own destiny. In a place where the average life expectancy for women is just 47, fashion designers are employing these women to make their products.

Their mantra is “not charity, just work”.

Westwood’s items includes bags and beaded leather cuffs. In fact our own Australian design duo Sass&Bide are on board too. I can’t wait to see their fabulous creations.

So what next for the grand Dame of dress?

Probably more of the sexed up mischief she is famous for, at least I hope so!