Grab your dilly bags, go down to a billabong, boil a billy, throw a shrimp and a steak on the Barbie if you wish to celebrate life in Australia.

Today is the 1st September, the first day of Spring and National Wattle Day.

It may surprise many to know the Commonwealth of Australia only officially declared in 1992, the first day of Spring each year would be National Wattle Day.

It is a day for us to all celebrate Australian culture.

On September 1 each year we have an opportunity to confirm our commitment to this country and its evolution as a society in historical terms.

Its story is told first in the stories of its indigenous people, who inhabited this land from a time of dreaming. This was when the heady scent of the native acacia (wattle) and eucalyptus filled the cool night air. 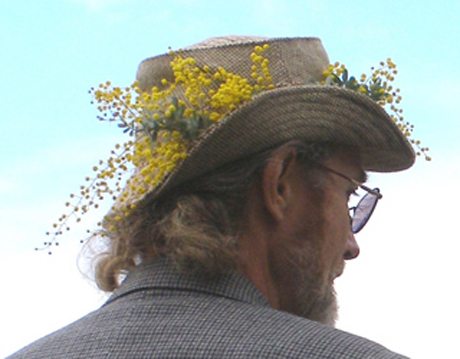 National Wattle Day excludes no one.  It reminds us all of the importance of renewal as it paints our national colours of green and gold across the land.

Wattle is a symbol, which says so much about our ‘sunburnt country’ with its great diversity (nearly 1.000 species) and renowned resilience, it is always is among the first plants to regenerate after bush fires. 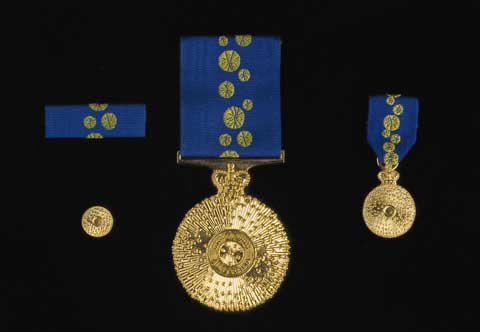 The Order of Australia is an order of chivalry established by Queen Elizabeth II in 1975 ‘for the purpose of according recognition to Australian citizens and other persons for achievement or for meritorious service’. We are all still learning to respect and enjoy each other’s stories, and for new arrivals this special day is a wonderful place to start a new life – for those already here, it is the perfect opportunity to reflect on how really fortunate we are.

In Australia it is individual character that is the inducement to great actions and the spur to great achievements. Every sports person representing Australia internationally proudly wears the colours of green and gold gleaned from our national floral emblem the Golden Wattle.

As cyclist Cadel Evans rode toward his Cadelebration in Federation Square at Melbourne following his success in Le Tour de France 2011, an elderly citizen handed him a small bunch of this fabulous flower. He thoughtfully accepted it, tucking it in under the handlebars of his yellow bike. There are more than 900 species of Acacia in Australia, making it the largest genus in the Australian flora Golden wattle, Acacia pycnantha is Australia’s national floral emblem

‘The wattle weaves all nationalities in Australia, into one golden web of love and fellowship, of unity and peace’*

This ravishingly lovely plant comes from the Mimosaceae plant family Acacia pycnantha in Australia has generically become known as ‘Wattle’. Depending on its variety the trees flower profusely each winter and spring, ensuring that those driving through the countryside are heavily assaulted by both its beauty and its perfume.

In Australia you can plant two or three different wattles for every day of the year, and still have plenty over, for Australia has more acacia species than the year has days.

The first Australians, our indigenous peoples, experimented with and used acacias to make medicines, utensils such as digging sticks and barbs, weapons (clubs, shields, boomerangs, spear throwers, spear shafts and heads) and musical instruments such as clap sticks; firewood, ash, glues, string, dyes, waterproofing, sandals, head decorations, ceremonial items and seasonal signals. The knowledge they gained was passed down over the generations for tens of thousands of years.

A stoic pioneering spirit is ever present in our ‘lucky’ country due to the ever-increasing culturally rich mix of people adding to our layers of diversity. A typical Wattle and Daub Cottage – the arrival of Culture in the Colonies Image by G.P. Harris

The name ‘wattle’ was generically applied to Acacias after 1790 when England’s first appointed Governor Phillip, together with Surveyor Augustus Alt, laid out a town plan for the first European built settlement at Sydney.

Much like in America and other British colonies the huts planned were built of wattle work plastered with mud, similar to the ‘wattle and daub’ houses integral to a European tradition and popular during Tudor Times in England. They were an assertion of ‘culture’ arriving in the colonies. When I was a child at school in the 50’s in Australia Wattle and a day to celebrate its beauty was a really big deal. We were given sprigs to wear to reflect pride in our country. I can still shut my eyes and smell its heady, heavenly evocative scent.  Mind you these days if they do hand wattle out to children we can be sure it won’t be real. It became unpopular, when someone in the medical profession discovered some people in the population were allergic to it.

Panic ensued in the peacetime press. As a result throughout the 60’s and 70’s whether they were allergic or not many people removed huge well established wattle trees from their gardens in droves and councils from parks. 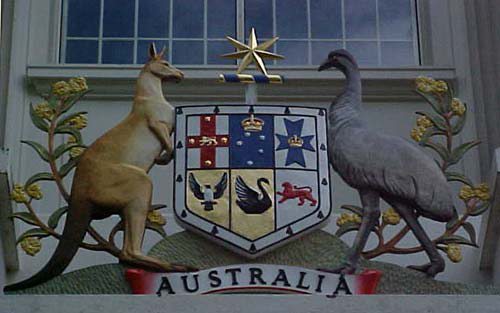 The Australian Coat of Arms adorned with Wattle

It was an act of politically correct vandalism run amok and it was very sad to watch as  this lovely native plant virtually disappeared altogether from public gardens, suburban backyards, city parks, riverside, seaside and other coastal places.

Up until then they had been such an important aspect of the Australian identity and it was indeed tough for many, especially those in the bush where its yellow blossoms were a symbol of hope. After they disappeared the emphasis on celebrating Wattle Day slowly slipped away. Now we find out that like many media stories, the whole issue was a beat-up and that our lovely wattles have been very much maligned.

Shows like Burke’s Backyard and the ABC’s Gardening Show throughout the 80’s and 90’s did a lot to try to help correct perceptions, but it is hard to break down old prejudices despite countless publications putting forward the real facts.

As far as allergies go the reality is that it is estimated about 5% of the Australian population are indeed sensitive to Acacia pollen, which is much much less than the average percentage who have an allergic reaction to grass pollen.

It seems ‘wattle’ became the fall guy. Apparently this was because the native Acacias and Grasses both flower together.

My understanding from various reports that I have read is that real reactions to Acacia pollen per se have yet to be recorded.

Today with so many children and adults developing allergies we have to be, and always remain vigilant. What we are advocating is a little common sense combined with just the right amount of caution, prevail. We don’t have to get up close and personal and hug a wattle tree, but on Wattle Day we can all appreciate nature’s beauty, the plant’s enduring symbolism as well as celebrate our cultural development.

We can wear a sprig or two if we know we won’t get sick and present some to the people we love.

We can tell the kids about our native flora, have them colour pictures of it, read them some stories about it, recite poems about it, wear green and gold sporting gear, green and gold ribbons to school or knit a green and golden yellow scarf to wear. At least it will be handy for winter sporting occasions.

There are plenty of creative ways of achieving a positive outcome. If you know you are not allergic you might consider planting a wattle tree in your garden, or in place where it can provide shelter for stock or, where you know it won’t become a pest or harm the neighbours.

Wattles help promote healthy ecosystems and biodiversity according to Ms Blore an Industry and Investment advisory officer in NSW. Quentin Bryce, as Governor General of Australia, receiving a gift of wattle for Wattle Day, 2009

Different varieties of Acacia are found in many countries around the world. Its use as a fragrance dates back centuries and its sap is used in all sorts of pharmaceuticals and preservatives.

The ancient Egyptians used it for colouring paints and in the East it is associated with symbolism and ritual. In Mexico, Burma, Laos and Thailand Acacia seeds are used in soups, curries, omelettes, stir fries and eaten raw with guacamole.

Some species such as Acacia melanoxylon or Blackwood, which takes a high polish, are used for furniture, while a variety in Indonesia services the paper industry. 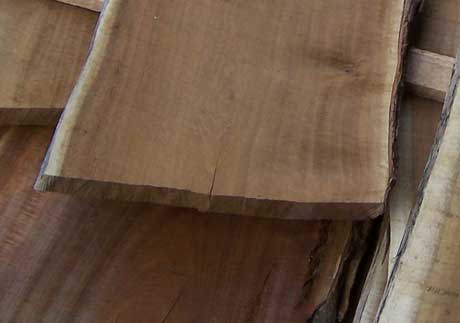 Like bamboo its multifarious uses make it a valuable plant species, which is much admired throughout the world.

The Wattle Day Association is endeavouring to raise the profile and spread the meaning of National Wattle Day and they call on all Australians, who know they are not allergic to Wattle to help them as well as 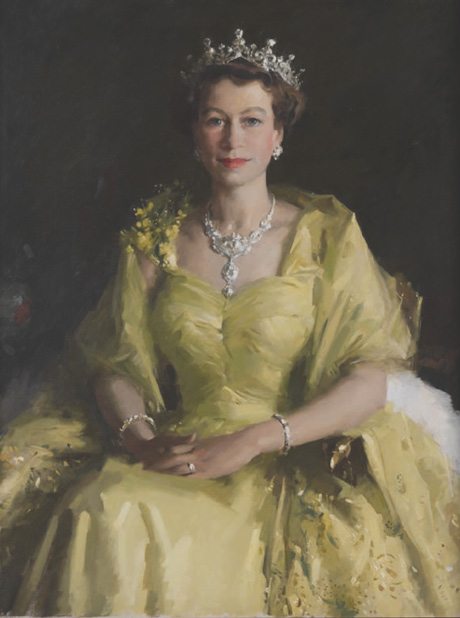 GREET each other with ‘Happy Wattle Day’

ORGANISE a special celebration for family and friends. We could all manage at least one out of the three options I am sure. Hopefully sponsors whose corporate colours include green and gold, or yellow will also come along and support the day well into the future. We are a creative, innovative sport loving country of great optimism and ike other progressive countries around the world, we are a crucible for change.

All our citizens enjoy a robust social and cultural life. They generate innovative solutions in the fields of medical research, science, design, the arts, resource management and sustainable urban living.

It is important that we keep pulling together to help define and shape the continuing development of both our nation and its multi cultural concepts.

Daring to imagine and plan for what it might be possible to accomplish has been made possible because of the significant achievements of our ancestors both indigenous and otherwise.

Over the years the golden ‘wattle’ flower has come to represent the many blessings we all share in this ‘sunburnt country’, provided by our natural resources.

That includes the positive aspects of a golden sun, which shines so brightly all over this great vast southern land.

Let’s all celebrate and give thanks for the wonderful land of Australia on September 1st, National Wattle Day. ENTRY IS FREE WIN ONE of Ten Double Passes Valid Nationally in Australia Enter Your NAME, POSTCODE & EMAIL to WIN Giveaway ENDS Friday February 26 at 5:00 pm The 2016 Alliance Française French Film Festival commences in March across seven cities in Australia, with the support of the French…