What is an antique?

Well to put it simply it is something made in a previous era. Yes, and that could mean yesterday and it is nothing to do with being a hundred years old.

Let’s dispel that myth once and for all. If as a society we took the well-regarded definition of the word antique literally we would recognise and value anything that would prove valuable to society to conserve, whether for its intrinsic value or investment value.

That would include something produced in the last decade, or even yesterday.

Up until the beginning of the last decade of the twentieth century in England where the whole idea of collecting antiques had been born, the term antique meant goods made prior to 1830, the date of the death of England’s King George IV, when producing a piece of furniture, or a lovely object lovingly by hand was considered to have ended. Stools like this one designed by George Smith in England are now in major museums and art galleries around the world because they represent the very best of their era. This one just happens to be in Australia at the David Roche Foundation House Museum Gallery in Adelaide. 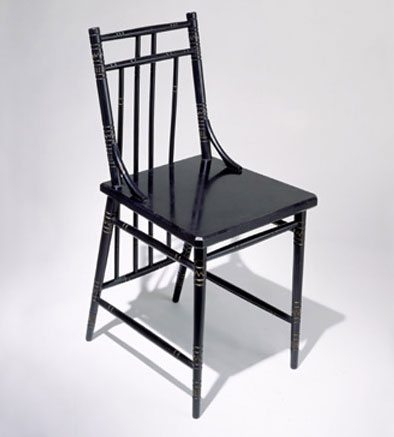 The industrial age took over, producing furniture and objects by machine so that a greater number of people from the rapidly expanding middle classes across the western world could enjoy the same designs as the aristocracy, which were now made affordable.

While this in many ways for a while meant a denigration of some of the old designs, it also meant the birth to a whole new wave of ‘industrial designers’ of which Christopher Dresser was one.

With chairs such as this designed in 1870 he benchmarked a whole new standard of excellence on a never before imagined scale. 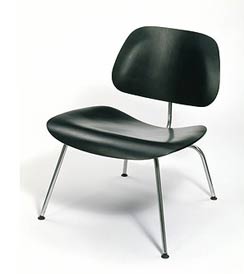 The major English antiques and art trade association exhibitions and fairs fought hard to uphold the 1830 rule as defining an antique rigidly for over a 100 years.  Eventually the date could not be sustained.

Great design had become an integral aspect of world culture, as exhibited in this chair by American designer Charles Eames 1947.

So in 1994 the date line was removed and modern and contemporary painting, sculpture, furniture and other works of art were exhibited and the whole assessment of what makes an antique re-evaluated.

These days most dealers would agree an ‘antique’ is all about the very best example of a combination of wonderful design aesthetics, quality materials and excellence in manufacture.

It certainly adds more to the value if it is in fine condition, has glorious patina and has an equally fine provenance.  Definition and Introduction to Collecting Antiques 2013