By the time of Pope Gregory 1 (540 – 604), there was a distinct appreciation of fine singing and a genuine regard for the beautiful voice. Pope Gregory re-organized the liturgy and its music, influencing the establishment of an schola cantorum, a choir that executed psalmody, the singing of psalms as an aspect of divine worship, ‘as if it were one voice’. Rome became the indisputable centre for the development of church music and children in orphanages supplied singers to the papal choir being warned that ‘none of the singers should sing faster or louder than the others’.  In England Ethelbert embraced the Christian faith in 598 and at Canterbury a centre for faith, worship and music grew up and flourished, so much so the English church was described by Rome as ‘a jewel in the crown’ of the Christian church. The English choral style gradually emerged until it was momentarily crushed in the havoc wrought on liturgical works at the Dissolution of the Monasteries by Henry VIII”s henchmen. With the appearance of the 1549, 1552 and 1559 Book of Common Prayer during the reign of Elizabeth 1 (1533 – 1603) English composers devoted themselves to creating musical settings for the services that had been resurrected on demand by an ever-expanding middle class. 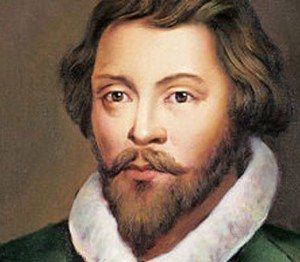 Composers such as the versatile William Byrd 1543 – 1623, a staunch catholic recognized as the leading English composer of his generation, was imbued with the grandeur of polyphonic church music. He reshaped the amazingly rich musical life of the Christian church in England and it dominated the music of the continent in depth and variety, in a way that was not seen before or since. His pre-eminent position when musical publication in England was in its infancy, allowed him to leave a substantial printed legacy formatted at the inception of many important musical forms. His outstanding legacy in sacred choral composition consists of two huge volumes entitled “Gradualia” (published 1605 & 1607) made up of short pieces of great clarity making them one of the supreme testaments in Western music.

The art of the Impressionists became popular because people from all walks of life, nationalities and cultures understood that its message was all about celebrating life