But let there be spaces in your togetherness and let the winds of the heavens dance between you. Love one another but make not a bond of love: let it rather be a moving sea between the shores of your souls. Kahlil Gibran 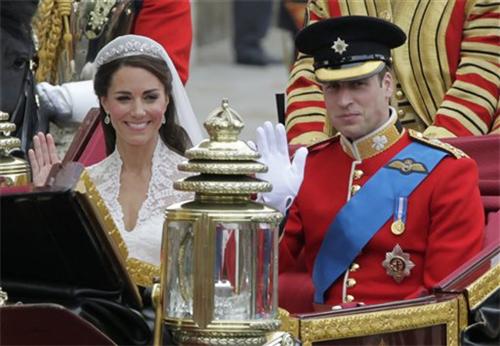 It’s finally all over. William and Catherine, the Duke and Duchess of Cambridge, are wonderfully wed in the sensational setting of an ancient Abbey at Westminster. Duchess Kate is already a style icon and woman for the future.

The avenue of trees were a special touch. They looked spectacular in the Gothic space, and historically were very appropriate. The pointed arch of Gothic architecture is said to have been inspired by the sight of ancient trees arching together.

Kings, queens, statesmen and soldiers, poets, priests, heroes and villains have all featured in the evolution of the 1000 year old Abbey, a must-see living pageant of British history for the visitor to London. Benedictine monks first came to this site in the middle of the tenth century, establishing a tradition of daily worship, which continues to this day. 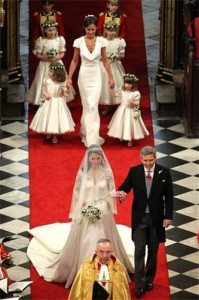 Its real name is the Collegiate Church of St. Peter at Westminster and, it is a ‘Royal Peculiar’. This means it is a free chapel of the Sovereign and as such is exempt from any ecclesiastical jurisdiction other than that of the Sovereign.

All in all this ancient religious house has only hosted fifteen royal weddings in its long history of reigning monarchs or those who, had it been established at the time, were entitled to be styled “Royal Highness”. Marriage is an important issue in a Christian life, meant to be held in honor by all. It is about the way of love, the giving and receiving pleasure from one another. The great love passage written by the apostle Paul in his first letter to the Corinthians is the most important of all wedding passages. 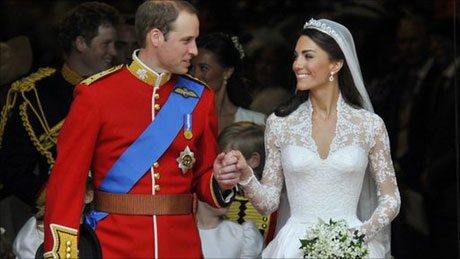 During the past few months we have been treated to the ultimate in romantic relationships, the engagement and pre-nuptial outings of the young adult Royals, who seem to be just right for the new age. Just how long the public love affair with this young couple lasts is anyone’s guess.

It’s been fairly full on here in Australia. The TV networks sent a number of media contingencies overseas to keep us well fed on the food of the wedding feast at London. Interestingly ours look pretty small next to the American contingents, with some networks sending more than 100 people to our 40. Culturally this is a very interesting phenomenon from the country that couldn’t wait to rid themselves of the royal yoke, but now they all seemingly want to worship at its font. In many respects there has been a lot of positives come out of the frenzy.

It has highlighted just how important the institution of marriage still is to the majority of people and how many really seek to stay with one person for the whole of their lives. Dr. Richard Chartres, Anglican Bishop of London delivered a Royal wedding Homily that expressed beautiful sentiments to help this young couple make a new life together. 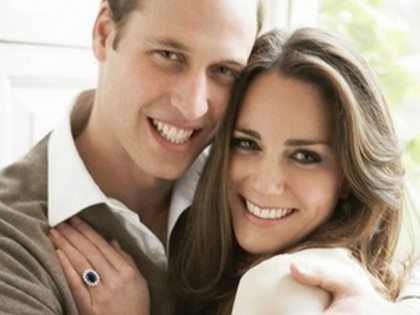 Let’s hope the new Duke and Duchess completed their Marriage 101 journey and understand that living together and being married are different. Living together is a preparation that includes sharing and sex, which is important. But marriage, well that’s a whole new reality with companionship and intimacy at the heart of its success, especially if the two meld together and become as one.

Where true Love burns Desire is Love’s pure flame;
It is the reflex of our earthly frame,
That takes its meaning from the nobler part,
And but translates the language of the heart…Samuel Taylor Coleridge

Just surviving the media blitz on their honeymoon will be enough for this young couple to go on with. Then settling down to a normal life, whatever that is for the world’s most fashionable royals, will surely be short lived. The media will be gearing up for a baby announcement and that’s another frenzy that will continue until Kate produces the heir and the spare. But hey, no pressure.

Congratulations to William and Catherine, the Duke and Duchess of Cambridge. We have enjoyed toasting your good health with a few bubbles and celebrating the joie de vivre with you. Thanks for sharing.

Watch them Take their Vows

Beyond the beaches of the coast is a wonderland of rainforests waterfalls and landscapes; the gold of the coast and green of the hinterland – magic