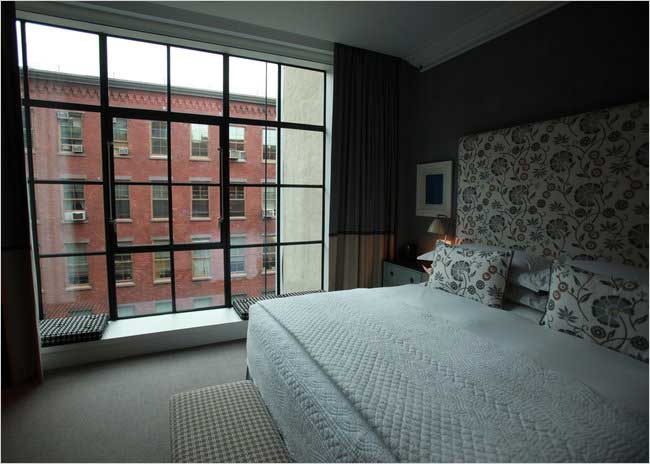 Windows are not something we really think about on a daily basis. They are just there and we take them for granted. They let the light in, reveal the sun shining, reflect relentless rain when it is falling and the ever changing colour of the sky as well as the multitude of events continually happening on the street or the water outside. Evolving from a slit in the wall of a formidable defensive stone Keep to shoot arrows at enemies, ‘wind eyes’ as they were known in ancient times, have evolved through a series of interesting varieties to offering us an eye to the whole world within our vision, and all that lies beyond.

It was with interest that I read an article in the New York Times claiming that casement windows have now become a classic. And, that they are being installed in many new and renovated New York apartments as part of a contemporary architectural revival, which pays tribute to pre-war World War II buildings. NYTimes journalist Jonathan Vatner reported ‘that it was mostly down to one guy, Cary Tamarkin an architect and developer sometimes referred to as “the window guy,” because of use of distinctive casement windows in the apartments he develops’.

Although typically more expensive than conventional windows Tamarkin also said casement windows are ‘rooted in traditions of authenticity.’, which is a most intriguing statement or is it simply spin? It seems most of the window guy’s projects are in neighborhoods filled with warehouse buildings, that he converts into apartments and sells for over two million a pop so that people can “live comfortably amid their settings.” We all have choice and if what he is providing fits your dream and needs then it is certainly about the art of fine living. The fact remains however it happens, or why, the fact that someone is bravely reverting to quality opening windows must surely be good news. And if they are casements, then they are an attractive option. 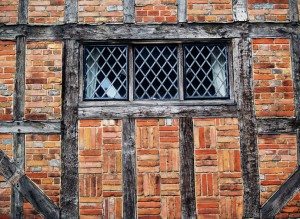 Casements are a window that allows the flow of air to be regulated easily and are a very pleasing feature, if well made. Casement windows that opened out were the norm in Europe and England for centuries, that is until the up and down style of sash window was invented around 1670.

They usually contained leaded glass in small panes at first, which became larger as time went on and glass making techniques allowed for larger panes to be produced. They were more usually hinged on the side, and opened inward allowing the occupant an uninterrupted view of the world.  The windows were also covered by functional exterior shutters, which opened outward.

This productive pair was a winning combination for centuries allowing air to circulate easily while keeping the heat of the sun out on a stinking hot day.  Casement windows made a come back in the late 20’s and 30’s in Art Deco pleasure palaces and skyscrapers but then they went out of contention following World War II with the re-emergence of the sash and all new fixed ‘picture’ (plate glass) windows.

Just the fact they are putting windows that open into any new multi storied building structure again anywhere must be a plus. For those living in apartments, or working in buildings where windows are fixed and rely only on air conditioning, it must be a liberating thought. I don’t know personally how they stand it. French style casements and window boxes in Bleecker Street at New York where they have traditional curved 'stone headers'. Photo by Benjamin Norman

Sleeping or living with fresh air circulating for me is an absolute, but then here in Australia we are blessed with a good quality of air, even in out largest cities, which many other countries of the world don’t enjoy. And, for that we should always give thanks.

If we are to cut down on our use of energy so that it is effectual, in terms of the environment, then surely windows that open, like casement windows, must come back into contention with contemporary developers and fixed windows and air conditioners phased out.

Sara Lopergolo, a partner at Selldorf Architects in New York remarked to Vatner  at the New York Times ‘that the casement window was of interest today because “it breaks down the scale of a window opening. It frames views.” “It has a resonance with people, a character that people retain as something that belongs to an old world,”

Architects need to take responsibility by considering the way a view faces, the trajectory of the sun, winter and summer, as well as study the prevailing winds a little more before they make a decision on what windows to include in any buildings, not just high rise. There are many gurus of design blithely guiding all our futures so we must not be complacent but vigilant and, give them hell if they stuff up. Part of the reason for the resurgence that has made casements a classic (of acknowledged excellence) is obviously a romantic view, as well as the fact that once again in the last five years especially, window technology has improved yet again and, significantly.

Quality steel casements are now being manufactured with the label ‘energy efficient’, which means they stand up to rigorous tests relating to building codes.

New French style casements, that were historically wooden,  grace a building in Bleecker Street, New York and are made from quality steel. The design origins of the building are based in European classical architecture and so the casement windows suit it well architecturally, with its detailed curved stone headers, deep overhanging classical cornice and, the French essential projecting attic rooms.

But manufactures warn windows are complicated devices, made ever the more complicated by the fact recommended window types vary by climate.

Prior to ordering any sort of window, a classic or otherwise, you need to inform yourself about what kind of window is right for both your climate and your needs. It is no use having a fashionable French number that you cannot open simply because it faces the way gale force winds blow in your part of the world. If they face the more gentle breezes and the ideal north east in the southern hemisphere and south west in the northern, then a casement window, which goes from ceiling to floor, that is hinged on the outside, has no center mullion and when open allows an unobstructed view is certainly a very attractive option. Especially when you can open them up and easily attend to your herbs planted in a window box outside.

Josephine, Empress of France from 1804 for over a decade cultivated her garden style at Chateau Malmaison, playing an important role in the evolution of botany