Winter Masterpiece annual events in Melbourne bring with it an enormous benefit to the city, as well as to the whole Australian economy. According to the Hon. Louise Asher MP, the Victorian Minister for Tourism and Major Events in Australia, it’s a ‘double whammy’; both money and people.

The Minister provided ever increasing and very impressive visitor outcome figures at the launch recently of next year’s very special event for the National Gallery of Victoria (NGV), the Winter Masterpieces Exhibition 2014.

Italian Masterpieces from Spain’s Royal Court, Museo del Prado at the NGV will feature great art works from the Italian Renaissance and Baroque periods in Italy (14th to the end 17th century) and will run from 16th May to the 31st August 2014. The Museo Nacional del Prado‘s holdings of Italian art are renowned around the world as intimate genre scenes of historical significance.

Gaining the exhibition for Australia has been an important cultural achievement and it did not happen without a huge collaborative effort, led so ably by Director Tony Ellwood. The wonderful grace given to Mary, the mother of Jesus, through the depiction of her by Raphael is entirely captivating, with her superb diaphanous headdress. She is one of few works attributed to Raphael painted straight onto canvas, rather than a panel and transferred. She also survived being taken to Paris by Napoleon, returned to the Spanish collection following his exile.

The Museo Nacional del Prado is a major institution for the Spanish people and, just as the NGV does for the Australian people, continues to aid historical research and influence contemporary museology, as it brings about an understanding of the importance and contribution of inter-cultural connections to the wellbeing and education of society nationally and on a global basis.

The showing will be unique because it is the largest amount of paintings ever lent by the Prado anywhere in the world, and secondly, as it is the largest collection of Italian art ever showcased outside of Italy. The bonus for everyone viewing the works first hand is that it will be sure to deliver a huge emotional and historical impact, because they are all such an important aspect of our collective social and cultural development experience. Here in Melbourne alone, the Italian community who have been so integral to shaping this arts focused city and its amazing reputation as the arts and cultural hub of Australia, are sure to be celebrating.

Understandably the consulate community were there in force to support the launch and expand the ongoing dialogue between arts, culture, the government, the media and the people.

The Museo Nacional del Prado at Madrid, Spain, is one of the world’s most extraordinary galleries, containing an unparalleled collection of fine works of art some 7,000 paintings; many of them fine Italian masterpieces.

It provides a splendid commentary on the tastes of enlightened Spanish monarchs who, from the fifteenth century onwards became avid collectors of painting and sculpture.

The Renaissance period brought forth great art works, which for many became a vehicle for self-discovery.

It was a period of scientific examination, which brought about a period of creative frenzy.

Artists, architects and scholars as well as the rich, famous, and by now very educated rulers of many of the city-states that made up the landmass we now know as Italy, became passionate about affecting change. Admired by his contemporaries, Italian artist and architect Raphael from Urbino, was one of the great giants of the Renaissance period, along with Titian and Tiepolo.

The lovely so-called Madonna of the Rose (circa 1516) attributed to Raphael in the show is all about a meeting between St John the Baptist and Jesus as infants. It was painted during last period of his short life (died aged 37) when he was architect in charge of works at St Peter’s in Rome.

The Prado painting is first documented as entering the Spanish Royal Collection in 1667, but how and when it came to be in Spain is unknown. It quickly became a favourite image perhaps because Spain was Europe’s most ‘Catholic’ faith inhabited country outside Italy.

Raphael had a significant workshop with some fifty pupils and assistants, many of whom later became important artists in their own right.

He painted the intricate and complex fresco (The School of Athens 1514), depicting the pagan and Christian worlds facing each other as equals as they endeavoured to decide the way of the future. It’s also a great showcase of artists portraits from that age, including Raphael.

Like so many other ideas of this extraordinary time in world history, it was about-facing the challenges thrown up by growing humanist ideals head on.

Raphael worked a great deal from cartoons, planning his compositions methodically, scaling up to achieve the brilliant end result. Titian was a Venetian artist who achieved great fame for his portraits, which are remarkable in reflecting their sitter’s status in society.

His portrait of King Phillip II of Spain in armour was painted when Phillip was but 23 and they were both in Augsburg in 1551.

They had met through Phillip’s father, who was the Holy Roman Emperor King Charles V of Spain and Titian’s patron. Phillip was so pleased with the image, that he became his patron too.

Titian completed many of his greatest works in consultation with Phillip, reaching a pinnacle of international fame under his direction and they became a mutual admiration society for each other, as he became King Phillip II of Spain and one of the world’s most powerful monarchs.

Tiepolo worked in Spain from 1762 -1770, during which he completed a memorable image of The Immaculate Conception on canvas.

He was there at the invitation of the Spanish monarchy, to enhance their glory by completing a powerful series of ceiling frescos, the last in his illustrious career spanning five decades and more.

His works are romantic, poetic, with a wonderful use of light and colour as he dared to illustrate graceful episodes from history, both sacred and secular in a dramatic style all of his own.

Critics today rank him among the great painters of all ages.

The Winter Masterpiece events in Melbourne deliver huge revenue from ever-increasing crowds of both interstate and international visitors, which is higher here than the national average.

Surveys reveal 60 % of all visitors to Victoria come to the state for cultural tourism; the Winter Masterpieces initiative alone provides some $318 million+ and 3.4 million visitors annually, which are impressive figures so you can well understand why the State Government is very supportive. 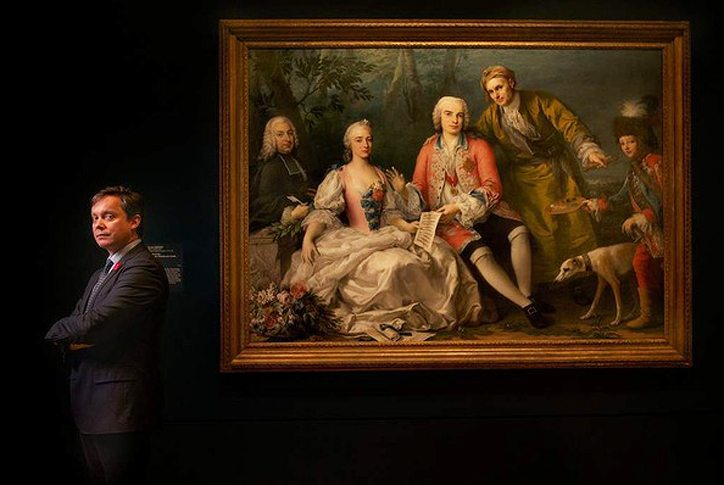 Tony Ellwood is bringing about changes at the NGV in consultation and collaboration with not only his own immense staff, sponsors, supporters and huge volunteer base, but also with other institutions, corporations as well as the local artists and individual colleagues he works with on a daily basis.

He is certainly an arts leader for, and of our time as he skilfully negotiates the range of human emotions and cultural misunderstandings that can occur when engaging in such important historical dialogue. He’s seeking to help to bring about significant outcomes for all and, succeeding admirably. 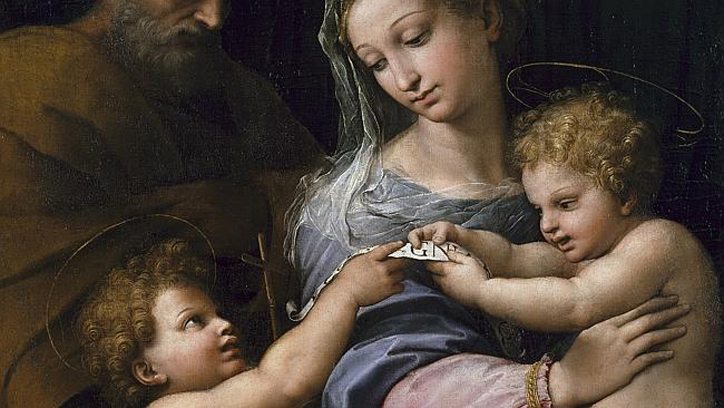 More than 70 artists are represented including Raphael, Correggio, Titian, Tintoretto, the Carracci, Poussin and Tiepolo.  The exhibition reflects the taste of the Spanish Royal Court whose Kings and Courtiers avidly collected Italian art.

Successive rulers also commissioned works directly from the artists in Italy or enticed them to Spain to work in the Royal Household.  Many of these works are at the heart of the Prado’s collection and have never before left Spain.

The exhibition is organised by Museo Nacional del Prado, Madrid in association with the National Gallery of Victoria and Art Exhibitions Australia. The Principal Sponsor  is Mazda.