The recent work of Wolfgang Tillmans (1968-), one of the most exciting and innovative artists today, is currently on display at that great temple devoted to modern art, the Tate Modern in London. It is his first solo show at the gallery, and includes 14 rooms filled with his thoughts and ruminations, a visual feast of epic proportions.

Artworks within the exhibition date from 2003 onwards. The social and political are recurring themes in Tillmans’ art, and for him 2003 represents a moment of significant change in the world, when Iraq was invaded, and mass anti-war demonstrations were held in the UK and around the world. 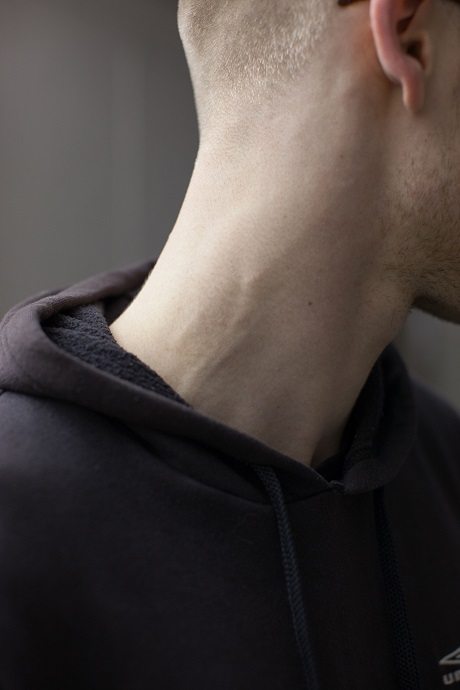 These themes pervade the exhibition, although there is less of a narrative throughout the exhibition, and more of a feeling of ‘more is more’. There are sexual under- and over-tones, and viewer’s senses are overwhelmed in every way as they move through the display.

Tillmans views each exhibition as a site-specific installation, often considering each space as a composition of its own. Over the years he has developed a unique style of display, choosing many printing formats, from photocopies to inkjet prints, magazine clippings to traditional photographic prints, and attaching them, framed or unframed, to the walls in unconventional ways, often using tape or pins. This style is prevalent in Wolfgang Tillmans, 2017, as the viewer is overwhelmed by a plethora of images, cuttings and prints hanging from bulldog clips. Within the exhibition are a number of highlights: Tillman’s ongoing tabletop installation truth study center, begun in 2005, feels particularly relevant in today’s political environment. The installation fills an entire room, and features a mass of newspaper clippings, pamphlets and Tillmans’ own works exploring world events, truth and lies, and their communication through the media. A personal favourite of mine is a number of images from the paper drop series, a sequence of images of photographic prints folded back on themselves to appear like tear drops, becoming objects in themselves.

In conjunction with the exhibition, Tillmans created a new sound and light installation, which unfolded during the first weeks of March 2017. From 3 – 12 March, South Tank brought together music, lights, field recordings and video activated by a series of free music events. This immersive experience was held inside its namesake, the subterranean South Tank, one of the tanks in which oil was stored during the gallery’s past life as a gas station. German-born but international in outlook, Tillmans spent much of the 1990s and 2000s in the UK. He currently resides in Berlin and London. Tillmans first made his name in the 1990s with his photography, capturing friends and strangers with a casual, snapshot style. Although these images were taken in his immediate surrounds, at nightclubs, in private homes, and are considered to be of a documentary style, many of these images were staged, with the artist choosing the location, wardrobe and pose of the subjects. These photographs appeared in a number of popular international magazines, including i-D (based in the UK), Spex, (based in Germany), and Interview (from the United States of America), as well as increasingly in galleries. As his career progressed, he began photographing well-known identities: actors, popstars, artists and the like. He also became co-editor of Spex magazine in 1997. During his multi-faceted journey as an artist he has ventured into many different genres: portraits, still life, landscapes and abstracts, utilising photography, video, photocopies, installations. It is as though Tillmans is attempting to understand life itself, to somehow capture it in his art. The exhibition at the Tate Modern very much feels as though this is the case, as he endeavours to document every aspect of life.

Tillmans was the first photographer and the first non-English born artist to receive the Turner Prize, in 2000, and has since won the renowned Hasselblad Award, the Royal Academy Summer Exhibition‘s Charles Wollaston Award and the Royal Photographic Society’s Centenary Medal. He has exhibited around the world and his works are held in major international museum collections including the Art Institute of Chicago; Centre Georges Pompidou, Paris; The Metropolitan Museum of Art, New York; The National Museum of Art, Osaka; Stedelijk Museum, Amsterdam and Tate, London. As well as his artistic outpourings, Tillmans sat on the Tate Board as an Artist Trustee between 2009 – 2014, and is currently on the Tate Britain Advisory Council. And he continues to manage Beyond Bridges, a non-profit exhibition space promoting political art. This space began on the ground floor of his studio in Bethnal Green, London from 2006 – 2011, and in 2014 relocated to Tiergarten in Berlin.

Wolfgang Tillmans is one of the most important artists of the early 21st century, pushing artistic boundaries and questioning the social and the political at a time when it is very much needed. Wolfgang Tillmans: 2017, the artist’s first solo exhibition at the Tate Modern is required viewing for the politically and socially aware and for supporters of contemporary art.

Elies Rogent singled out architectural student Antoni Gaudi at graduation declaring Who knows if we have given a diploma to a nut or to a genius. Time will tell