International Day of Rural Women first observed in 2008, having been established by the General Assembly of the United Nations in 2007, is held annually around the world on October 15. It is all about women of the land gaining a voice and about recognising ‘the critical role and contribution of rural women, including indigenous women, in enhancing agricultural and rural development, improving food security and eradicating rural poverty.’

Agriculture is at the heart of Victoria, and a 1986 review of the Department of Agriculture and Rural Affairs exposed a shocking statistic – that in Australia out of a budget of $50 million, only $100 had been spent on women.

I would have to say I am not surprised when you learn that as recently as 1994 Australian farm women, or women of the land were still classified in the Australian census as “domestics”, “helpmates”, or “farmers’ wives”. For over 65,000 years Indigenous Australian women provided food and fibre, helping to shape the landscape and to develop knowledge systems.

It was 1891 when women farmers in Victoria were first deliberately excluded from the government census, listed only as housewives or farmer’s wives.

What a scandal it is that it wasn’t until 1992, 70 years later, that a report on women of the land by Julie Williams ‘The Invisible Farmer’ was published by the Commonwealth Department of Primary Industries and Energy. “Too often, the contribution of women to the land has been ignored or disregarded,” said Mary Stuart, who chairs Her Place Women’s Museum in Australia when addressing the huge crowd present at the opening of the exhibition Women of the Land at Melbourne Museum.

Presented as an initiative of Museums Victoria, the first Australian institution to record rural women’s voices, in collaboration with Her Place Women’s Museum in Australia and the Invisible Farmer Project. The exhibition Women of the Land at Melbourne Museum includes a focus on Heather Mitchell, her well worn hat, studded with 40 pins representing all the community organisations that hold rural communities together, is the first object collected by Museums Victoria’s Invisible Farmer Project Apparently she kept chipping away and raising the ‘grass ceiling’ so finally in 1999, just before the turn of the 21st century, the committee of the Victorian Farmer’s Federation allowed two votes for one farm, ensuring women on the land at last had an equal right to vote.

There are audio visual stories of women who have made a significant impact you can listen to through headsets and watch on screens,  spoken about by a group of farming women, also collected by the Invisible Farmer Project. Speaking to lovely young farmer Sally Jones, who co-founded Gippsland Jersey after the tragic death of her father during the Victorian dairy crisis, I learned for young women of the land the future is bright and there is a lot to be positive about and thankful for.

Today governments, sponsors and supporters are about and willing to help, although they could always use a few more as Sally like her colleagues, crafts an opportunity with the new initiative.

“This year, with funding from the Victorian Government’s Gender Equality Strategy, Her Place Women’s Museum in Australia has been working towards establishing a permanent space to celebrate the work, achievements and significance of women in Australia. Many people from my generation would have a ‘country’ story. My mother and grandmother belonged to the continuum of generations of Australian women on the land since 1844, when their Irish and Scottish ancestors came to Australia to work it… just as they had back home, although they were hopeful it would be a different outcome here.

Speaking early in 2013, Alana Johnson, a member of a fifth-generation farming family and Victorian Rural Woman of the Year 2010, voiced her frustration. ‘The story of rural women is absent’, she said: but it is absent in a way that is more than just because it’s forgotten. It’s more like women have been dismissed People have known women have been there and what they’ve been doing, but they only ever talk about the men. It’s almost a purposeful discounting.” (Johnson, Interview)* 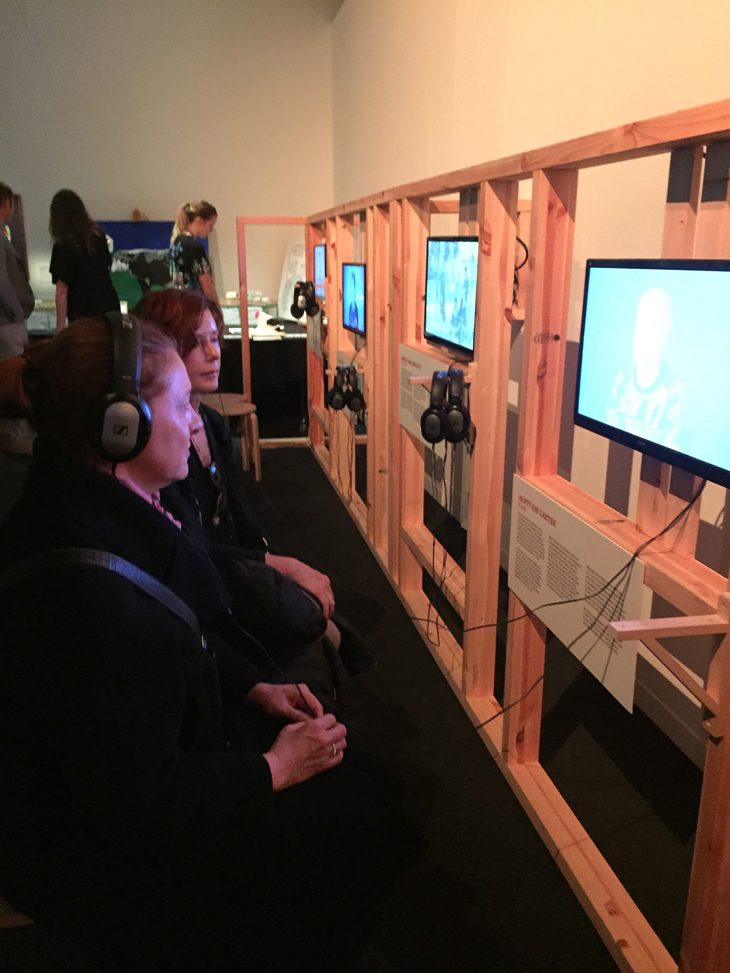 A country woman’s contribution was so much more as I found out for myself when spending time on my Uncle’s property near Tamworth in northern NSW for every school holidays during from sixth class in Primary and throughout my high school years.

My Aunt Phyllis was a powerhouse around whom all revolved, as she fuelled bodies and minds inside the house and went outside to put in a ‘farmer’s day’- her ability at getting the details right underpinning her husband and three sons whole existence and success while valued by her husband, was overlooked in society. Museums Victoria Invisible Farmer Project curators Liza Dale-Hallett and Catherine Forge have banded together to invite the women of Australia to partake in the history-making process.

“Through this project we are asking women to step forward into the spotlight, to have their stories recorded for posterity, and to share their reflections on what it means to be a female farmer now in the 21st century,” said Forge. It’s never too late and now eons after the so-called ‘women’s liberation’ movement began, our sisters in the country join their city counterparts able to hold their heads high and be counted not only as worthy, but also as valued contributors to so much about our way of life in this great wide and beautiful ‘brown land’.

An opal-hearted country,
A wilful, lavish land
All you who have not loved her,
You will not understand
though Earth holds many splendours,
Wherever I may die,
I know to what brown country
My homing thoughts will fly*

Women of the Land
Melbourne Museum

Australians in summer embrace French chic, style and culture at a French Market in Adelaide and So Frenchy So Chic festivals in Adelaide, Melbourne and Sydney