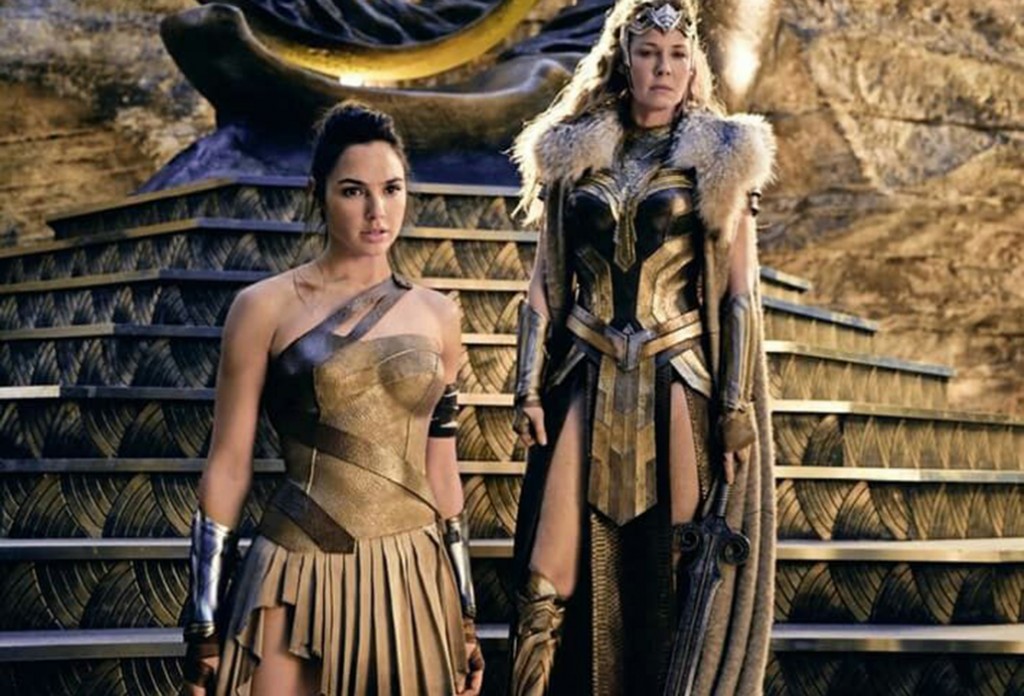 Wonder Woman, the DC Comics character presented on the silver screen by Warner Bros and now playing at a cinema near you, was originally created controversially in 1941. The mythical Amazonian Princess Diana of Themyscira, daughter of Hippolyta became known to us earthlings as Diana Prince.

Already a heroine when I was young, although mainly a subject of ridicule, I admired her combination of beauty and brains. She made women feel equal in a world where such a concept for many was yet only a fantasy. Ironically it was the inventor of the lie-detector test Dr William Moulton Marston, a psychologist with a Ph.D. from Harvard, who decided to design this winning courageous role model for girls and young women everywhere to look up to.

Superman was biologically superior and Batman had a dark side and so he decided his heroine Diana, or Wonder Woman, would have the “… strength of Superman plus all the allure of a good and beautiful woman.”

He wanted to help put an end to the prevailing idea that women were inferior to men. That in itself was a dangerous notion indeed, one that my own father certainly would not have embraced, as he locked his daughters up for hours if they didn’t do as they were told.

Marston sought to inspire girls to gain self-confidence as well as achievemenst in athletics, occupations and in professions monopolised by men. His Amazonian Wonder Woman ended up becoming psychological propaganda for a new type of woman one he believed should ‘rule the world.” Interestingly it has taken this long for someone brave enough to bring her to life on the silver screen as an entity in her own right. Sure, she’s had a TV series and supporting roles in movies about super heroes, but never one of her own until now.

Thank heavens sisters all the wait has certainly been worth it.

Wonder Woman, Diana Prince as she’s known in her earthly garb, is an Amazon. Being born a Princess on an ancient Greek island, a place much like our ideas of paradise, where she was trained by her mother’s sister to be a warrior, is paramount to the telling of her tale.

The best bit is today she is played brilliantly by Israeli born actor Gal Gadot a superbly gifted and beautiful woman who has been both a soldier in her own countries defence forces and Miss Universe (2004), ensuring she is entirely believable in the role. It fits her like a glove.

Director Patty Jenkins has looked after her charge well. She’s produced a hero with integrity, one who is not afraid to learn, to listen, to love and to call on her inner strength to stand tall when all hell is breaking loose around her. 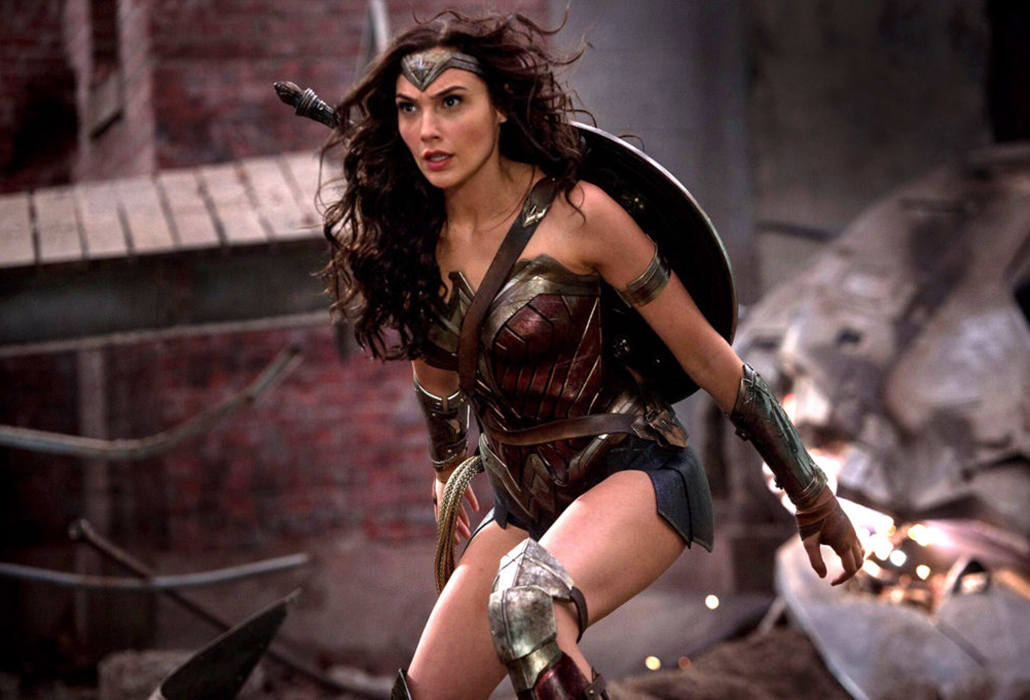 Being attractive is not a barrier to success for this sensational Wonder Woman. She’s feminism and suffragette all rolled into one. Breaking free of patriarchy, Diana Prince is no one hit wonder and she has certainly seemed to inspire pop stars down the years.

Sure, she’s wearing a sensational costume topped by a W styled tiara of sorts, and it comes complete with ball busting bracelets that reflect bullets – and her lasso of truth, which coincidentally men cannot resist. (Many women I know would want one of these).

In the film Diana is taking down the villains in World War 1, ruthlessly. She is helping the man she rescued when his plane crashed near her island Captain Steve Trevor, played by actor Chris Pine.

They both support each other without him being emasculated. A feat on its own.

This is and was a big call, but one Director Patty Jenkins manages brilliantly and Chris Pine, with sensitive style..

Patty Jenkins had to find, without compromise, her hero’s pathos; that interior world to which we are all drawn attracted by the many complexities and contradictions in life. She has then had balance it with the attributes of a man, who is really about peace more than war, which is a state of being his heroine won’t ignore. All of her life Diana was raised with one goal – to kill the enemy of her Amazonian race, Ares the God of War. In so doing she believes that all war will come to an end.

Sadly she has a lot to learn about the modern world, where the Gods have indeed, multiplied while she and her Amazonian tribe have been living away sheltered in what many might think is a fool’s paradise.

Today the Gods are more than tenfold. They also have hides thicker than steel, something no one back in ancient days would have predicted. The whole concept of being a ‘good man’ as it was in ancient Greek society, is a concept many men today would not know.

In ancient times the ‘good men’ in every polis subscribed to a strict code of conduct, one thrashed out over centuries. This code required they be truthful, trustworthy, courteous (even to their enemies), courageous, respectful of the rights of others, generous with their possessions (as far as their personal means would permit), immune to the temptation to cheat, and finally, to be proud of the code itself.

All of these attributes and qualities when later re-discovered, revived, admired and put into practice by well educated English, European and American men and women, during the so-called Enlightenment, becoming integral to their outlook and vision.

“Feminism is not about burning bras and hating men. It’s about gender equality. Whoever is not a feminist is a chauvinist.”* The whole idea comes out of our sense of Utopia, that place where everyone lives in community and works for the greater good.

Ideally Utopia residents love wisdom and knowledge. They pursue happiness in “good and decent” pleasure; believe in the immortality of the soul and convinced of truth believe fully in their religion. Although, it has to be said, they would abandon it at once for one that could be proved better.

We could talk about the concepts behind this character and those who created and influenced her down through the years forever, but what about the movie. Well, one of my sons and I went to see it together. When it was over I said, what did you think? He was surprised. He hadn’t expected it to be so good…! he commented.

Wonder Woman is not just a strikingly beautiful woman. How she came across was that she is formidable, a hero who can’t be diminished.

For me the reason Wonder Woman  the movie succeeds so well is the care and commitment of its Director and her honest approach to her subject. Indeed the movie has to be seen to be appreciated and if you do, try to leave any preconceived notions at the door.

Wonder Woman already has a 94% rating on Rotten Tomatoes to date. She is engaging, entertaining, empowering, a superhero that emboldens others and enjoys a touch of levity. The costuming, the sets, the script and acting are all class. The sidekicks retained by Steve to help them in their quest to stop the evil German General Ludendorff (Danny Huston) and his female chemist poisoner Dr Maru (Elena Anaya) from killing millions of people, provide a touch of levity but are underused.

Their prevailing sense of fun does help the narrative move along and the time wizzes by. The men are all happy too that Wonder Woman is superior because she takes away many a burden as she puts humanity first.

The action is meaningful, which for me means that some of the special effects could have been toned down a little.

I loved the contrasts, Wonder Woman picking up a German tank and hurling it, while on the other hand, being charmed by her first taste of an ice cream cone.

They couldn’t have secured a better Wonder Woman than Gal Gadot. She slips into the role as a woman born to it. She’s truly awesome. Loved seeing Robin Wright as Wonder Woman’s Amazon aunt Antiope teaching her the main moves that will help her win out in the end, despite having lost the first man she loved. Connie Neilsen is also excellent as her mother.

Wonder Woman’s stance has tremendous grace and power, which all comes so naturally. She doesn’t just smile she exudes beauty, confidence and charisma as she responds to Chris Pine’s Steve Trevor, standing tall with grace and dignity while looking him fair and square in the eye and at the same level. Gal Gadot is in a different league as Wonder Woman. Together she and Patty Jenkins have elevated our heroine to superstar status, ensuring she is a winning wonder.

Elizabeth Murray of California is a respected artist, teacher, photographer and sage who in her book Living Life in Full Bloom helps others to live a happy life