Textiles are an important transmitter of both wealth and status and a measure for the development of a society from its primitive or early beginnings in ancient societies.

If you remove a ‘thread of our society’ from a bolt of cloth, you will find countless stories attached to it about our social and cultural evolution.

By the eleventh century in Europe traditions associated with weaving textiles became firmly established in both east and west. They were a great symbol of status and influence.

From India and Asia to Europe, between India and Asia and Southeast Asia, from Europe to the east, and eventually to the west to North and South America, trade textiles blended the traditional designs, skills, and tastes of all the cultures that produced them.

It resulted in fabrics intrinsically beautiful and historically fascinating.

In 2013 the Metropolitan Museum of Art in New York offered an insight into the evolution of our inherent weaving traditions with a special exhibition Interwoven Globe.

The objective was to highlight an important design story, one often not been told from a truly global perspective. 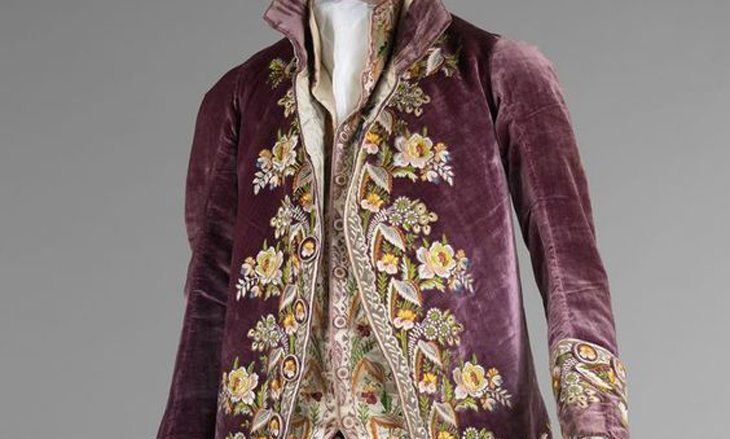 It focused on the beauty and sophistication of textiles, which are so often overlooked in the grand scheme of things in the decorative arts.

The show was of particular interest to those interested in a wide range of topics; world trade, commercial opportunities, fashion, textile production, technology, history, society, culture and design.

Examining the beauty and sophistication of the ‘threads of our society’ from all around the world helps to inspire each and everyone of us to reflect and consider much more how we relate to each other and the environment we share. During the 16th century in Europe maritime exploration opened up new trade routes and trading spices from the East to Europe began in earnest.

Textiles were often used for currency for trading for spices, as well as other desired goods and so textile merchants shared a great variety of designs and techniques.

Blending the traditional designs, skills, and tastes of all the cultures historically fabrics serve as conduits for an important exchange of information, sparking ideas of imagined exotic lands and peoples in both East and West and growing the use of decorative ornament.

A wonderful portrait of American artist Ralph Earl (1751 – 1801) in the collection of the Met NY, reveals the richly dressed dry-goods merchant Elijah Boardman (1760–1823) who was a self-made man. He is depicted in his store in New Milford, Connecticut with bolts of beautiful textiles visible in the room beyond.

In the painting his right hand rests on a counting desk protected by green cloth secured with brass nails. The books on the shelves include the three-volume set of Dr. John Moore’s Travels, two volumes of Shakespeare’s plays, John Milton’s Paradise Lost, a volume of Samuel Johnson’s dictionary, and the London Magazine 1786. Plain and patterned textiles, including one with a prominently displayed British tax stamp, invite inspection. They let the viewer know just how Boardman earned his living, as do the books in his desk and letter in his hand speak to his learning and cultivation.

Boardman was highly influential merchant and businessman who went on to become a Senator for Connecticut. He epitomized the American dream fighting in the Revolutionary War, trained as clerk and a shopkeeper until he set up his own company to trade in textiles. He founded the town of Boardman in Ohio, no mean feat. He was a member of the State House of Representatives and became a Senator, where he served until his death. Luxurious textiles used to create an impressive aura of ecclesiastical authority and enrich the material culture of religious practices were produced for centuries.

This included ‘opus anglicanum’ or English work, which were all about the ‘beauty of holiness’.

The Chasuble (from the Latin Chasula) was, and still is the principal vestment used by the Catholic priest for the celebration of the Mass. Made initially from wool and then silk, it was often embroidered all over and sometimes set with pearls and semi precious stones.

However they became so heavy the priest also had great difficulty performing the manual acts of the Mass.

During the Middle Ages various councils and synods in Europe attempted to regulate clergy dress, both outdoors and indoors, and it became an obligation for those in holy orders to conform.

By this time styles, types and use of ecclesiastical vestments were more or less established and from about the thirteenth century onward great suites of vestments were made from the same fabric i.e. Dalmatic, Tunicle, Chasuble and Cope. Cloth of gold was a rich heavy stuff made of silk (a damask or velvet), inter woven with pure gold thread and manufactured in Baghdad.

Just like damask however, the name velvet describes the technique of weaving rather than the fibre it is composed of.

One fabulous Chasuble on show at the Met was a seventeenth century ‘cloth of gold’ textile from Turkey. It was made of silk woven with metal wrapped thread and edged with metallic braid.

The garment was made up in Europe, in either Southern Germany or Austria to be worn by a priest. The exchange of ideas by merchants throughout the textile trade from 1500 – 1800 led to the production of new fabrics that would appeal to a European market.

Spain entered the equation, opening up the source for materials, skills and techniques used in various areas of South America, which they controlled. It was also an important new source for natural dyes.

Shifting the focus from the production between the West and the Far East, to Japan and China meant the availability of many different types of luxurious embroidered hangings and bedcovers coming on to the market.

They were coveted by wealthy Europeans and were amongst the cargo brought into the French port of the Marseilles, by the Compagnie des Indes Orientales during the mid seventeenth century. They were fabulous cottons from India, with their dazzling patterns and striking colours, which captured the imagination.

And, their reputation for being colourfast made them appear miraculous. The imported cottons were extremely expensive, and popular in Paris at the court of Louis XIV, where they were turned into all manner of fashionable apparel.

Even the famous playwright Moliere, playing a foolish hero in a production of his play Le Bourgeois Gentilhomme in 1670 dressed his character in the prints worn upside down.

The result of this craze seriously jeopardized the silk and wool textile industries in France.

It became so serious in fact that in 1686 the King through his Arts and Industry Minister Louvois, banned the import of these popular cottons and started a local industry.

By the end of the seventeenth century, European trade routes with Asia, Africa, and the Americas waswell established.

This allowed a flow of information about other cultures, whether scant or inaccurate to circulate stimulating an intense interest in the “exotic.”

Visions of the “exotic” in imagery and attire are an aspect of some of the pictorial scenes on fine silk carpets. Woven in the Middle East many have unusual features.

They display perfectly the brilliance of the design, technique and the fine quality that had been reached by workers during the rule of the Persian Safavid dynasty (1501 to 1722 and with a brief restoration 1729 – 1736), the court being an important source of patronage and production.

It is possible such carpets were woven for export or intended as diplomatic gifts.

The smaller scale of the buildings suggests the influence of European cultures.

In Europe in 1754 Louis XV finally lifted the ban against imported textiles, but not before local production had spread, with the demand still high. Antoine de Beaulieu, a young employee of the Compagnie des Indes, committed industrial espionage to learn the secret of the dyes, and was able to report following some months of observation on the processes required.

Metallic salts (called mordents) were the key to the process; they combined with the dyes to form an insoluble compound on natural fibres. By 1785 the workshops of Avignon were in full swing and in Tarascon one company Souleiado dominated the area with its production of superbly printed cottons.

The fabric’s manufacture had three elements. The base cloth high quality cotton with over 150 threads per square inch and the graceful block based prints were a melange of naiveté and sophistication, and the colours reflect the colours and flora of the regions in which they were manufactured.

‘The textile used in this petticoat is an example of a 19th-century Provençal indienne.

The adoption of this printed petticoat for use by Millicent Rogers, known for her inimitable combinations of traditional silhouettes and 20th-century sensibilities, brings this regional French garment and once-fashionable textile full circle’

By the mid eighteenth century Europe’s most powerful leaders in society had expanded and enriched both their countries economies and empires greatly through conquest and trade.

European self-perception is captured elegantly in the tapestry-covered French furniture that was made at Beauvais in France for King Louis XVI. Depicting the Four Continents; the complete set were commissioned by the King from Beauvais. It was upholstery for two settees and twelve armchairs, with four related other tapestries.

The personifications of the continents are set in landscapes on the seat backs, and animals native to each populate the seat covers.

One settee shows America (left) being introduced to Europe (center right) by France (center left), who is receiving a crown from Victory.

This scene is contrasted with those on the other settee, where Asia (left) and Africa (right) are shown surrounded by the material wealth their lands can offer Europe, including luxurious jewels and textiles from Asia and ivory and Africans (shown in chains) from Africa.’ Textiles and cultural conflict are both a consequence and a casualty of the brutal effects of the expansion of European colonial empires from 1500 to 1800.

Textiles played a key role in the slave trade, because cloth was one of the key commodities that were traded for slaves in Africa.

North Americans were prevented from trading directly with Asia until the 1780s, and before that, textiles had to be acquired through European middlemen.

Despite this limitation, as early as the seventeenth century, Asian textiles were becoming an important trade commodity and a significant source of inspiration for the design of North American domestic interiors and locally made textiles.