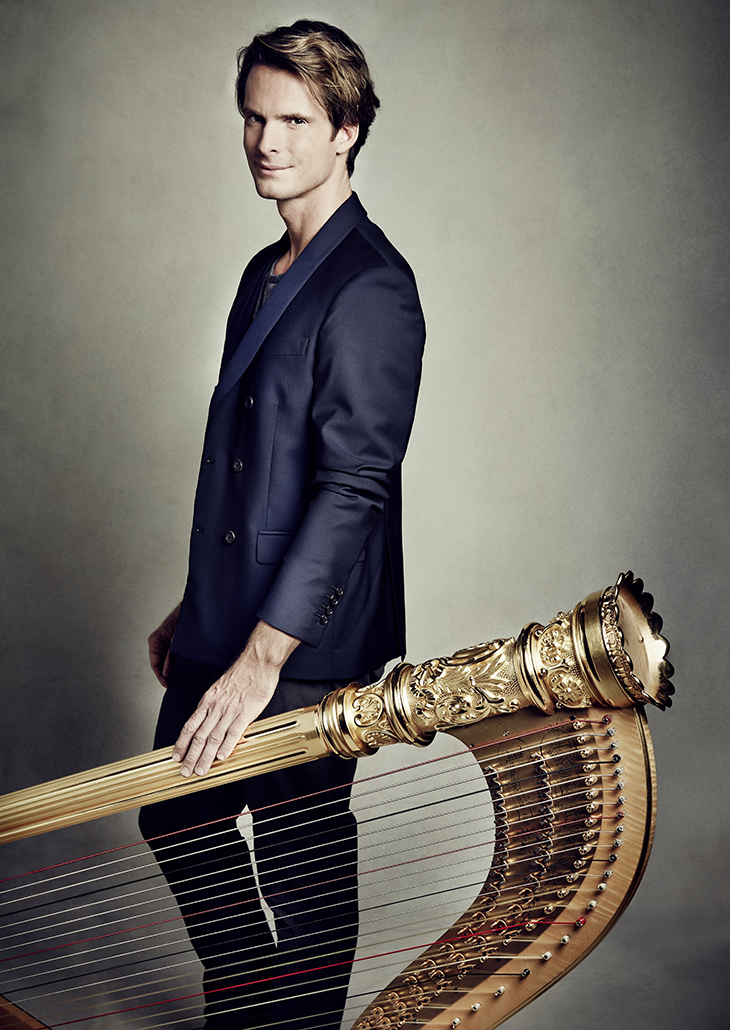 All the angels in heaven of extraordinary beauty were hovering in awesome wonder over the stage at Melbourne Recital Centre, Saturday night June 12, 2018 as French artist and harpist Xavier de Maistre enjoyed his debut concert as a special guest with the Australian Brandenburg Orchestra (ABO). His three outstanding solos, which completed the concert plus an encore the Carnaval de Venise no less, were so other-earthly, so purely sublime it was hard to breath. His playing reminded me of the poetry sung by troubadours during the age of knightly lyricism; both courtly and sophisticated and full of art and grace.

Artistic Director Paul Dyer AO (harpsichord) has become renowned for choosing exciting extremely talented and very special musicians to bring to Australia to play with the orchestra he leads, with such great success.

In this case he chose a master craftsman. Xavier de Maistre is a man with a Midas touch, one of pure gold. He and the musicians of the ABO gave us a magical night. The way the program was structured, left everyone leaving on a high note, one so ethereal it was right off the scale. Xavier de Maistre certainly had the Melbourne audience begging for more, more, more and what was so marvellous, is the ABO playing right along with him, gave us a treat so remarkable, it will be sure to resonate in the lofty places and archives of the acoustically wondrous Dame Elizabeth Murdoch Recital Hall for a very long time.

All those people standing at the end knew they were in the presence of greatness, which demanded both their respect and acclamation.

The concert began with just over thirty musicians on stage playing period instruments and performing a work composed by Wolfgang Amadeus Mozart composed when he was sixteen years of age; Symphony No. 20 in D major, K. 133. 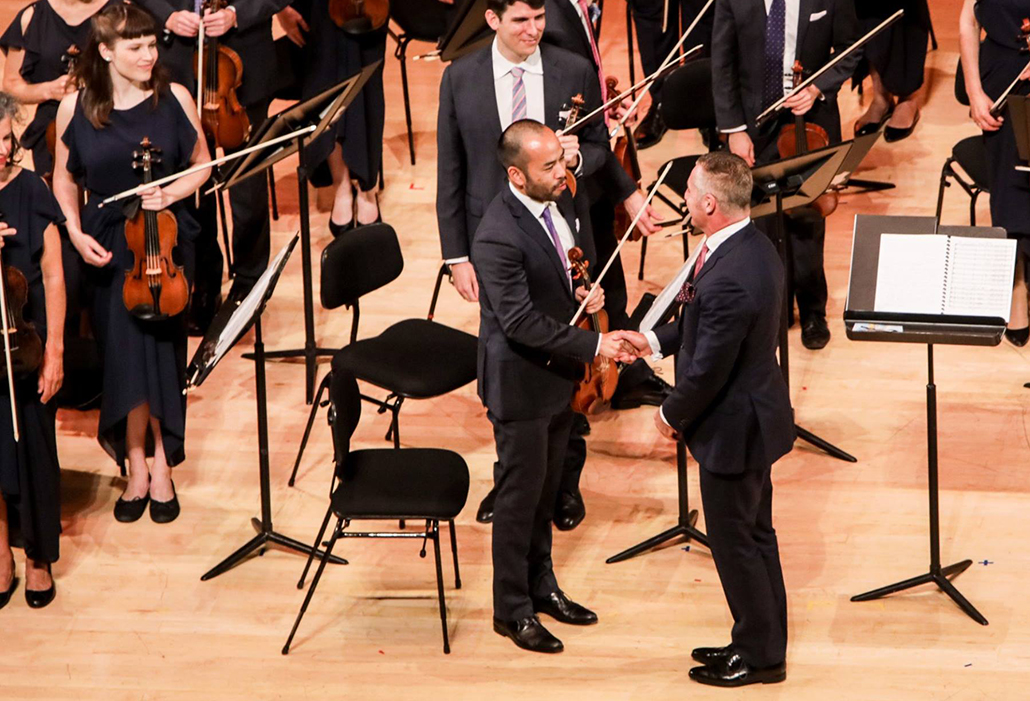 Played, as the youthful composer and musical genius would have wished, with great panache and stylish invention especially by the strings led brilliantly by Shaun-Lee Chen, it was a spectacular start.

Mozart is renowned for being a precocious young genius, in an age when many played adroitly; but none at the age of eight was already an accomplished piano, organ and violin player with a knowledge of musical composition expected by a seasoned adult performer.

When he visited Italy when he was but thirteen years of age he not only soaked up all the classical references that surrounded him but also the ability of its antique grand gestures to influence and hold its people in thrall of their ancestors for evermore.

The orchestra played masterfully, spurred on not only by their leader, but also in anticipation of what they knew was to come, having played with their guest musician in Sydney to great acclaim throughout the week before.

A ripple went around the audience in keen anticipation when the fabulous French Harp of Xavier de Maistre was wheeled onto the stage, followed by the handsome man himself to perform the Harp Concerto in C Major, Op. 82. Here is a musician that has made the harp ‘sexy’ for the new age all over Europe, America and Asia where they literally beat the doors down to hear him play.

We quickly found out why, much to both our joy and delight. Nuance and colour as promised, were to the forefront as he dazzled us with his playing. 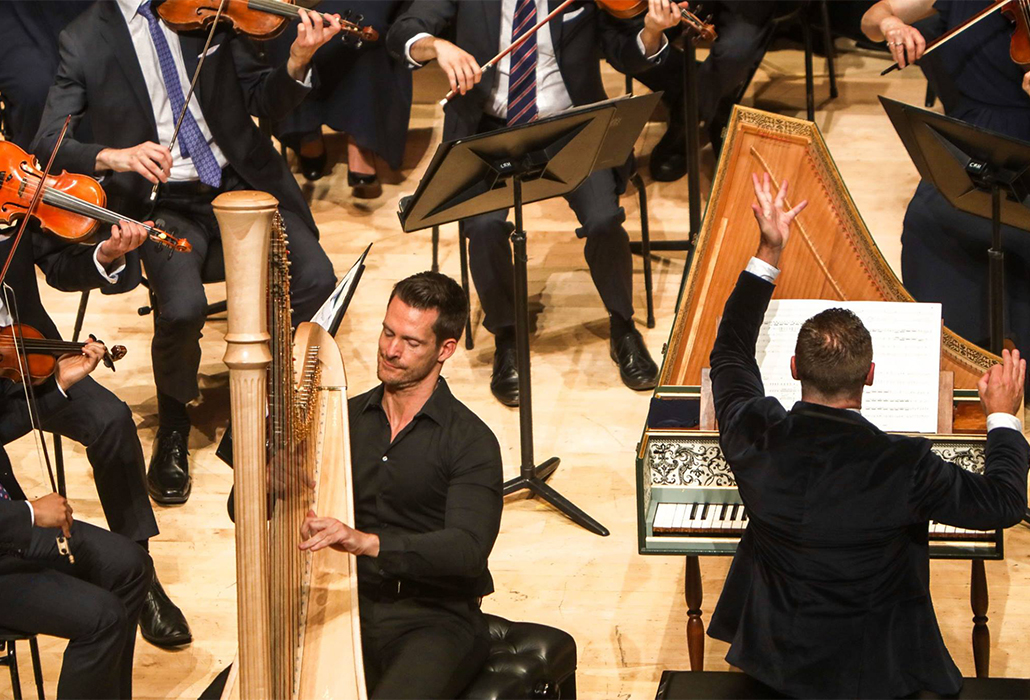 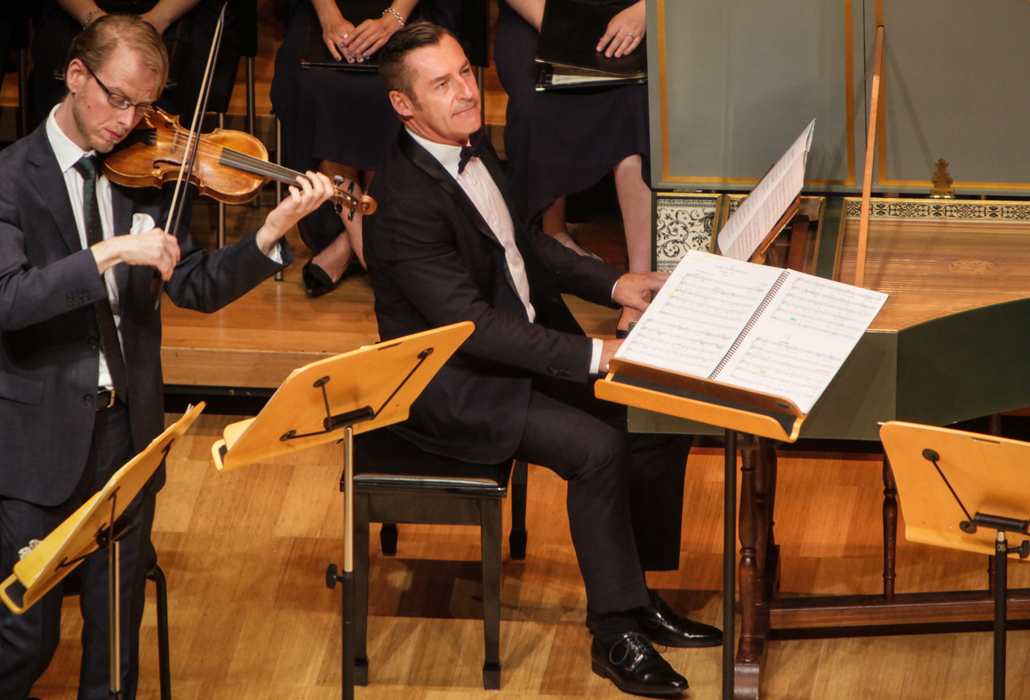 He kept his orchestra hovering in a perfect space, while the lyrical strings of the harp worked their magic and charm – it was pure poetry in motion, difficult to achieve, but easy for the audience to fall in love with.

Following interval the ABO musicians all fired up with emotion, gave us one of the highlights of the evening, presenting with great sensitivity, the Symphony No 1 in D Major, Wg.183/1 by Carl Philipp Emanuel Bach (1714-1788). 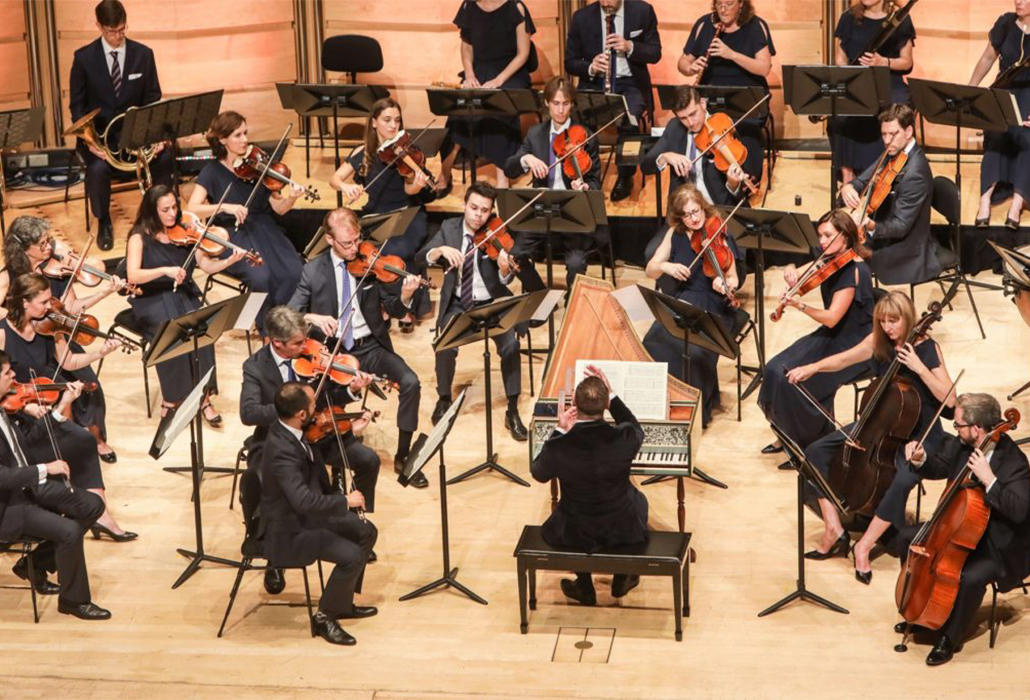 Johann Sebastian’s second son was highly original and part of a group bringing about a change in stylistic influences that affected the emotions, although he cautioned the use of excessive ornamentation just in case our ‘affections’ became clouded, which in this instance didn’t as we enjoyed both the ‘melody and effects’.

Pavane pour une infante defunte by Maurice Ravel was a complete change of mood showcasing the ABO’s musicians’ individual virtuosity and technical brilliance, as they performed music with the sensual richness that is so much a hallmark of Ravel’s musical style. 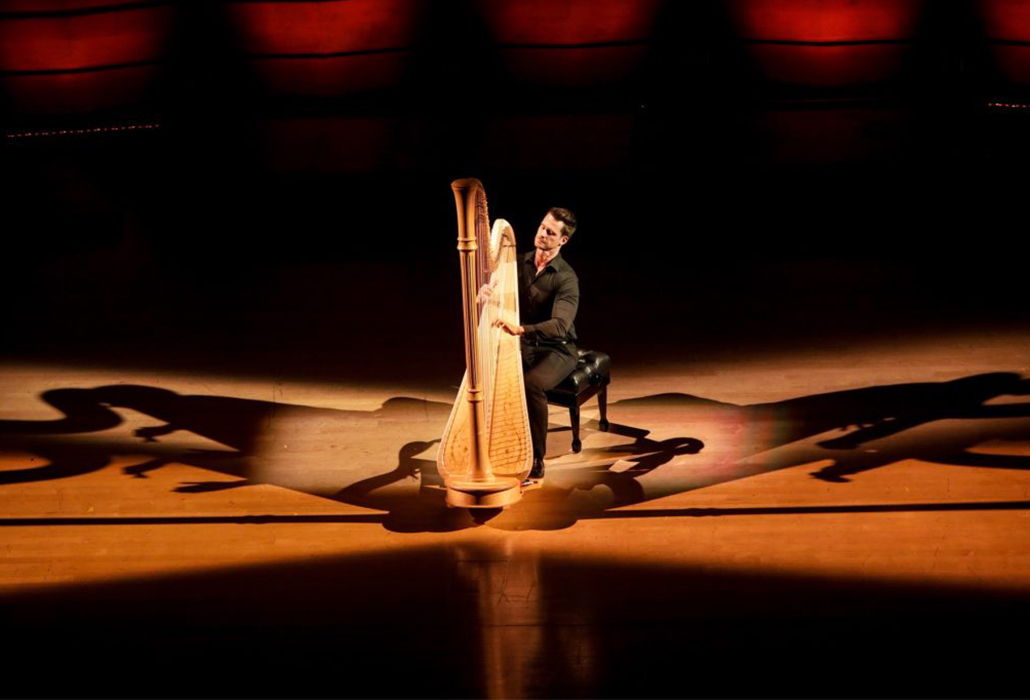 However the mood by now in the room was palatable as everyone ached to hear more of the fine harp playing they were anticipating was to come. They were not disappointed, as the stage was cleared leaving only Xavier de Maistre and his harp sitting under a spotlight.

While being associated with entertainment and leisure, music is a powerful form of communication vital to our inner well-being.  Xavier de Maistre reached every member of the audience by intruding all the way into their soul. He gave us lasting impressions in music that showcased the poetry of sound. 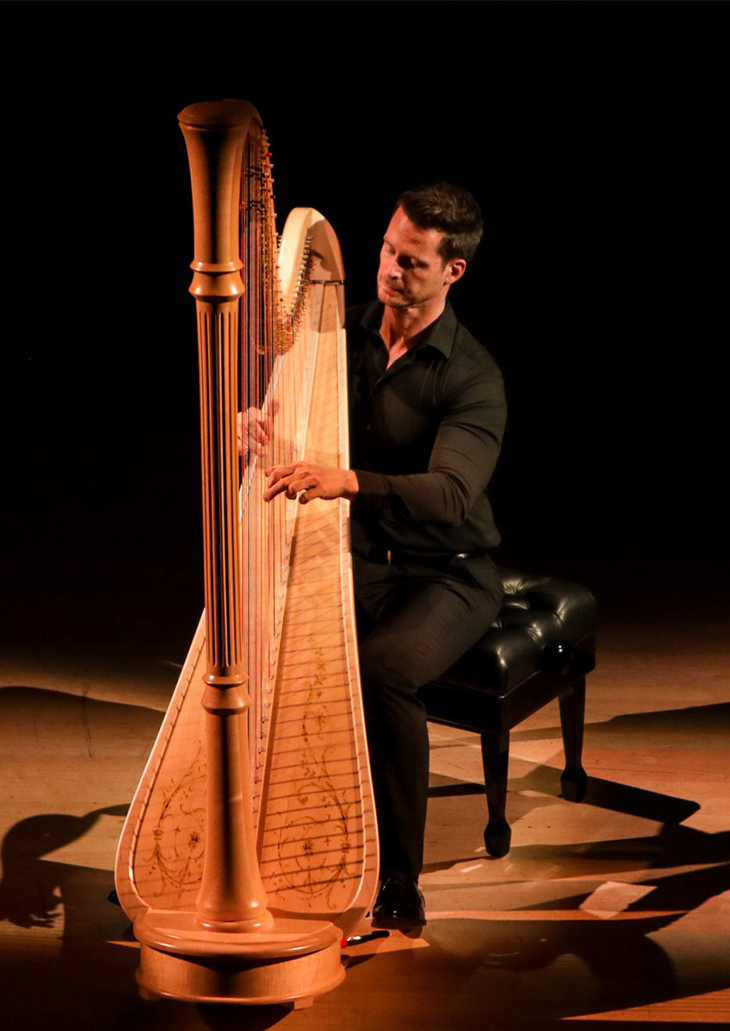 Everyone was quite undone as he opened with the dashing Spanish Dance from La Vida Brave by Manuel de Falla transporting us instantly to sunny Spain, which was followed closely by the stunning Recuerdos de la Alhambra by Francisco Tarrega (1852-1909). He allowed us to believe we were reposing by the sparkling waters of the Alhambra’s reflective pool as we listened to his stunning rendition of this much loved work.

The final in his trio of solos The Vitava (The Moldau) from Ma viast by Bohemian Bedrich Smetana (1624-1684) a symphonic poem that was truly sublime in that acoustically wondrous space.

While he was performing you would have heard a pin drop but that mood quickly changed as he finished and the audience going wild with thunderous applause.

He then offered his encore, the much loved Carnaval de Venise by Elias Pareish Alvats, a 19th century character piece beloved the world over. 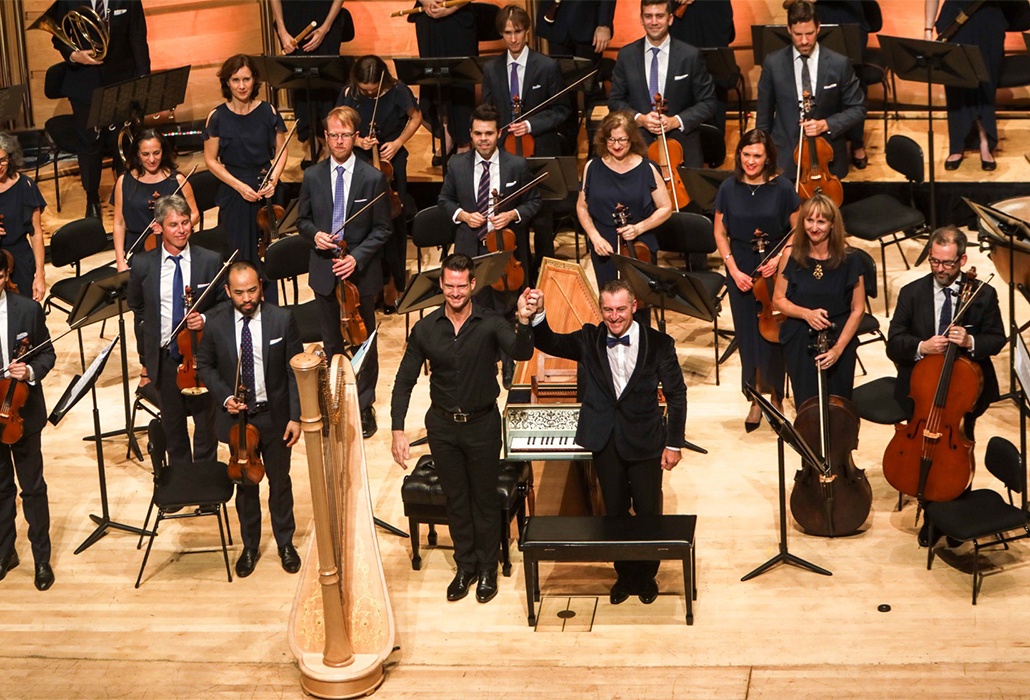 Xavier de Maistre with his fine craftsmanship and virtuoso playing has managed to liberate the harp from its reputation of very soft rippling and sweet sounds, establishing it in the concert hall as a solo instrument capable of so much more.

What a privilege it was to be there on this night. My companion and I overflowed with the joy of such musical abundance.

The final performance on his tour is at QPAC in Brisbane on Tuesday May 15 at 7.30pm.

Since 1972 The Brisbane Jazz Club has been a great habitat for serious swingers, and all those who love the cool eclectic mix of music from a genre that defies description, except to say that it is perhaps the coolest music on the planet. Hot, Gypsy Jazz. Sited on the…