Baroque music produced on original instruments in stunning ‘golden mean’ designed spaces where music resonates gloriously off its architectural surrounds, has given rise to an increasing interest in the different types of voices around the world, especially the natural countertenor.

His is a voice unique in the world of singing and in terms of population the countertenors currently appearing internationally performing in this range could be likened to mystery fragments of a rare blue diamond, plucked from a midnight sky to dazzle us mere mortals here on earth.

Sabata will be performing an exclusive concert of arias composed for some of the not very nice, even devilish characters in operas mostly composed by Handel. This will take place in the acoustically grand Federation Hall at Hobart Tasmania on Saturday 29th March as part of the early music festival Hobart Baroque 2014.

Architecture, literature and philosophy are integral to the intellectual and artistic life of every society in every age, with its spirit expressed through its music. Handel in all wrote some forty-two musical dramas between 1705 and 1741, becoming a central figure in the world of opera at London during the eighteenth century.

His productions were not only unique in the brilliance of the style of music he composed, but also for his innovative staging. Hobart Baroque is all about orchestras, ensembles and individual musicians contributing to the vibrant and burgeoning national classical music scene and it is the very first event dedicated solely to performances of works from the 17th and 18th centuries in Australia.

“Countertenors fall more or less into two broad categories, the electrifying sopranists such as the Argentinean Franco Fagioli and Australian David Hansen, ‘guys who sing high’ as the latter puts it, and the more mellow, caramel voices of the likes of the great Andreas Scholl and Lestyn Davies. Xavier Sabata falls into the second category. Like Scholl, he can sing high when required (e.g. Scholl’s beautifully placed C natural on the word ‘above’ in his recording of O thou that tallest good tidings to Zion from Messiah) but a primary consideration is beauty of tone, velvety even emission and expressive coloration. Put simply, the difference parallels that between a coloratura soprano and a mezzo. The sopranist dazzles with vocal acrobatics, the pure countertenor beguiles the listener with sheer beauty of sound and the emotion conveyed by words.”

Xavier Sabata expresses himself eloquently when he says; ‘singing is the only occasion to express a truth, which would otherwise be inaudible’. He has had music critics of the world struggling to find enough superlatives to describe his recording as the ‘most intelligent and striking recital discs of recent years’* as he reaches for and succeeds in producing just the right combination of respect and irreverence. 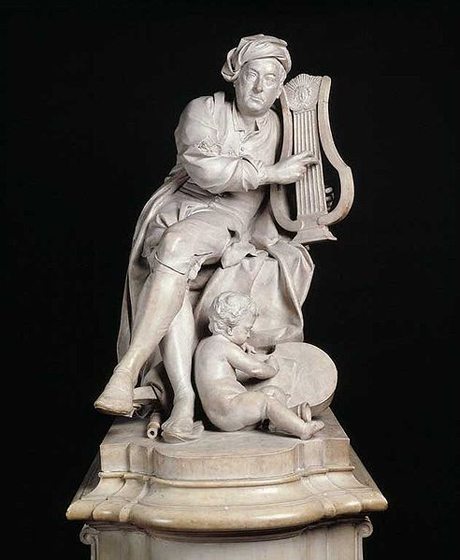 Handel placed a great deal of emphasis on the myriad of characters he portrayed in his various operas, from the heroic to the mad, villainous and violently destructive.

They are a diverse group who are an important aspect of the reason his works continue to live on, because audiences can readily plug into their emotions and actions on so many levels.

Sabata’s live appearances generate admiration for a smooth, sensuous voice, one that is so adept at allowing audiences to feel the sentiments being expressed and having them realize that a ‘cruel heart can yearn as fondly as a kind one’.

It’s wonderfully intimate, and in all the arias he performs Sabata illustrates so expressively the brilliance of their vocal ornament, as well as the intelligence of their text. Sabata will make his Australian debut in this brilliant Bad Guys recital exclusive to Hobart Baroque 2014.

Coming to singing relatively late in life, Sabata was 25 when he discovered Baroque operas and the voice of a countertenor, a register that usually requires its performers reach very high notes.

He relates how his own throat muscles at first didn’t really want to go entirely in that direction and how his teacher helped him to discover his own quite natural low range for a counter-tenor, one that was not forced, but one that flowed naturally from within his heart and soul.

My own particular heartbreaking favourites on Xavier Sabata’s Bad Guys album are the aria from Act II Scene 5; Amadigi di Gaula (MWV 11) and the aria from Act III, Scene 4 of Rinaldo (HWV7); Sorge nel petto, which has a secret song hidden in the middle of the final track – revealing there is sometimes good within the bad, a wonderful metaphor. Handel composed Rinaldo in 1711 from a libretto by Giacomo Rossi and a scenario provided by Aaron Hill. It was the first Italian opera written for the London stage It was one of those performances highly successful instantly with the public, although received a hostile reaction from literary critics at the time.

It’s considered today perhaps one of Handel’s greatest and has been the most frequently performed of all his musical dramas with its sounds of unparalleled intensity as it told its emotive story of love and life.

Amadigi di Guala is considered a ‘magical’ opera of Handel’s that was composed in three acts at London in 1715.

It is a work of ‘sensuous beauty’, a pastoral romance of chivalry that turns into a nightmare of complicated fantastic scenarios, so much an aspect of musical presentations at the time

Sabata has performed in many of the world’s leading recital centres – at London’s Barbican Hall, Teatro Real in Madrid, Théâtre des Champs-Elysées in Paris, New York’s Lincoln Center, and Opera Lorraine in Nancy.

He has also collaborated with esteemed conductors including René Jacobs, the truly wondrous Jordi Savall, and Eduardo López Banzo.

He has worked extensively as a soloist with William Christie the conductor and founder of the wonderful French group Les Arts Florissant, a Baroque ensemble in residence at the Théâtre de Caen in Normandy, as well as with with Le Jardin des void, an Academy created by Christie to train young singers in the techniques of Baroque music. Bad Guy Xavier Sabata’s concert at Federation Hall for Hobart Baroque includes the spectacular aria Domero la tuafierezza from Giulio Cesare. This is Handel’s demanding 1724 opera that blended historical fact – Julius Caesar’s love affair with the Queen of the Nile Cleopatra, with a fictional yarn about her creepy brother lusting after a chaste Roman lady.

Fans and followers of great composers of the Baroque era can bring their friends along to Federation Hall in Hobart to enjoy the unique sound and the luscious layering of musical textures the era is now known for; rich, eloquent, moving and always inspiring.

Hearing Xavier Sabata performing live will be for those in attendance a penultimate experience and as I write this there are only 18 more sleeps to go until this glorious evening of rich resonating Hobart Baroque vocalism.

Nella terra in cel
from Faramondo by Handel

A dispetto d’un voltoingrate
from Tamerlano by Handel

Vibracortese Amor
from Alessandro by Handel

*Please note: Program is subject to change without notice.

Bad Guys can be purchased on iTunes