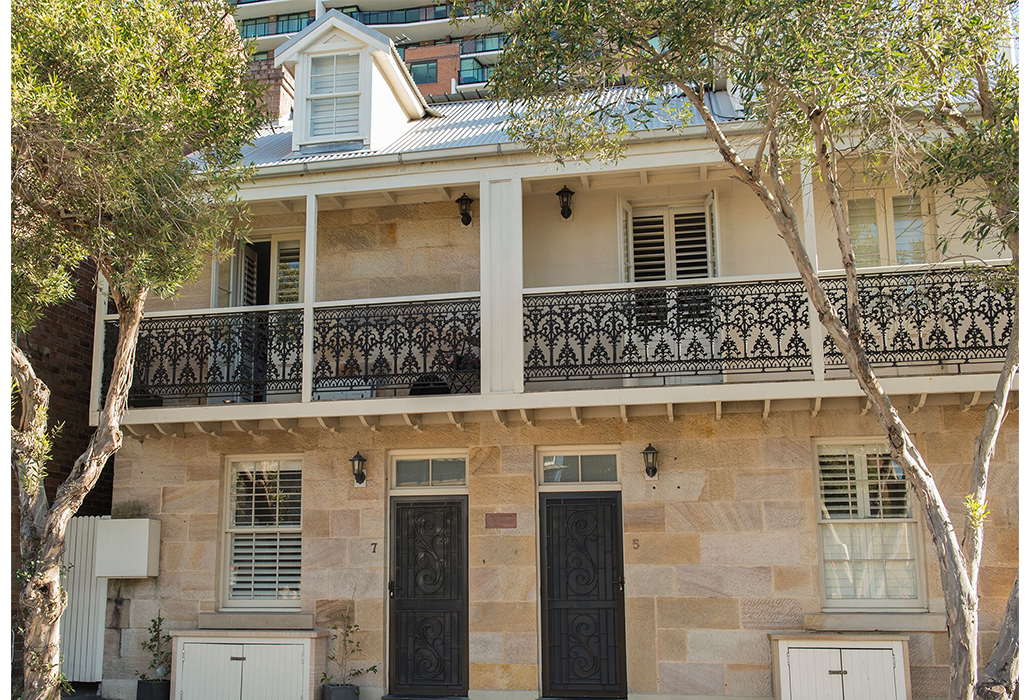 Keeping low rise buildings as part of the cityscape, so often has given top cities around the world like Paris, London and indeed Sydney they’re unique character. However whether we like change or want to believe it, the future of our cities will be written in buildings going up, which means a lot of low storied inner city heritage in housing will be lost to progress and expediency.

It’s always good to hear about property developers taking responsibility for the heritage aspects of city sites they will affect into the future. In Australia, the TWT Property Group who have major development sites at St Leonards, Darling Harbour, Pyrmont and Bondi Junction in Sydney, established a creative precinct in 2014 to encourage and support the arts through commissioning new works of art. 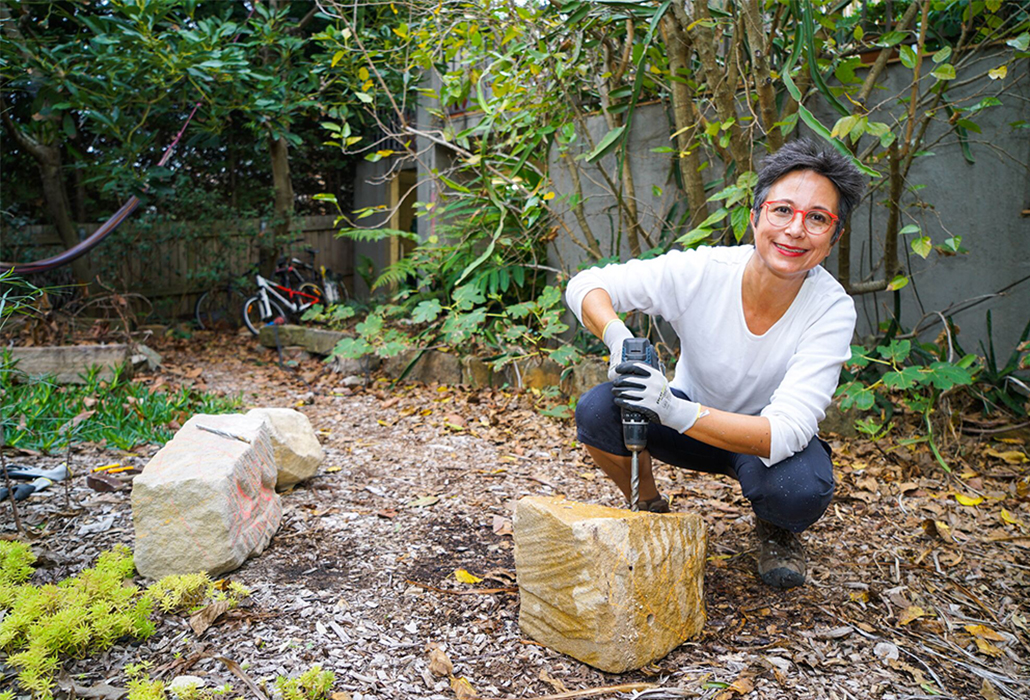 Recently they invited Maria Fernanda Cardosa, a Columbian born artist based in Sydney, to create a series of sculptures from twelve tonnes of historic ‘Yellow Block’ Sydney Sandstone, which has been quarried from a development site they are working on in Pyrmont.

Ms Cardosa is an international artist, who exhibits in major museums and galleries of the US, Latin America, Australia and Europe. Her most re-known project, the Cardoso Flea Circus has been acquired by the Tate Gallery in London as part of its permanent collection. When performed at the Sydney Opera House as part of the Sydney Festival 2000, it was a smash hit 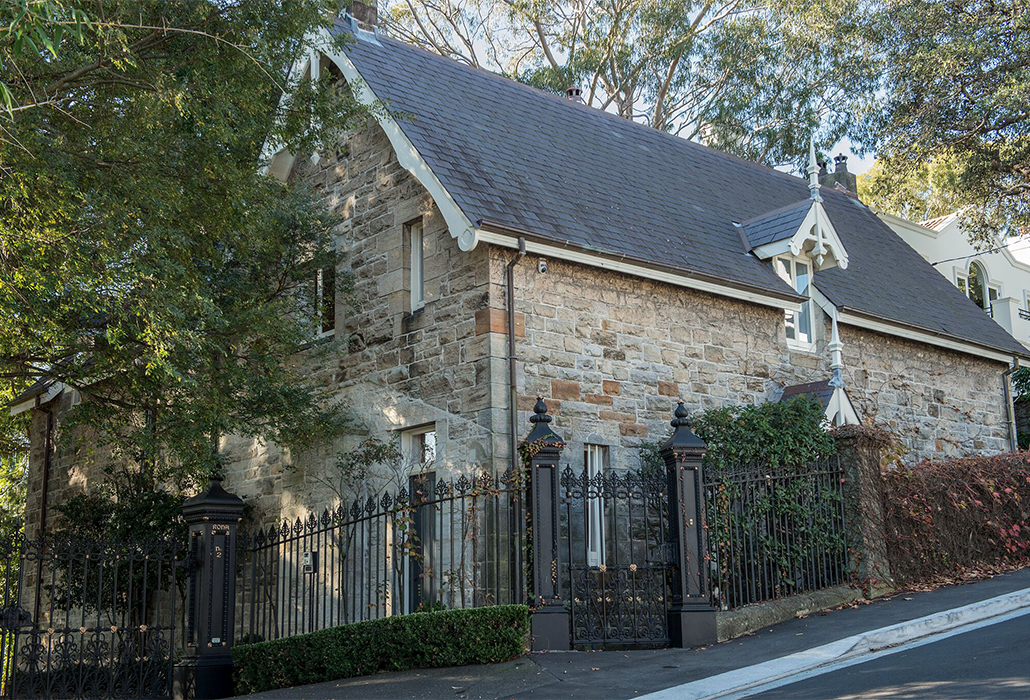 Architecture is a product not only of practical consideration, but also of aesthetic impulses. Domestic architecture in each city, state and region in Australia has developed its own style from a standpoint that was at first anyway, essentially English adapted from European traditions.

England’s John Claudius Loudon in his 1833 edition of The Encyclopedia, which was distributed in great numbers in the new colony, expressed the importance of associationism, especially for the colonies of Great Britain.

Early colonists in particular, were enduring the hardships of being so far from home. At the same time, they were also endeavoring to discover and establish their own identity. 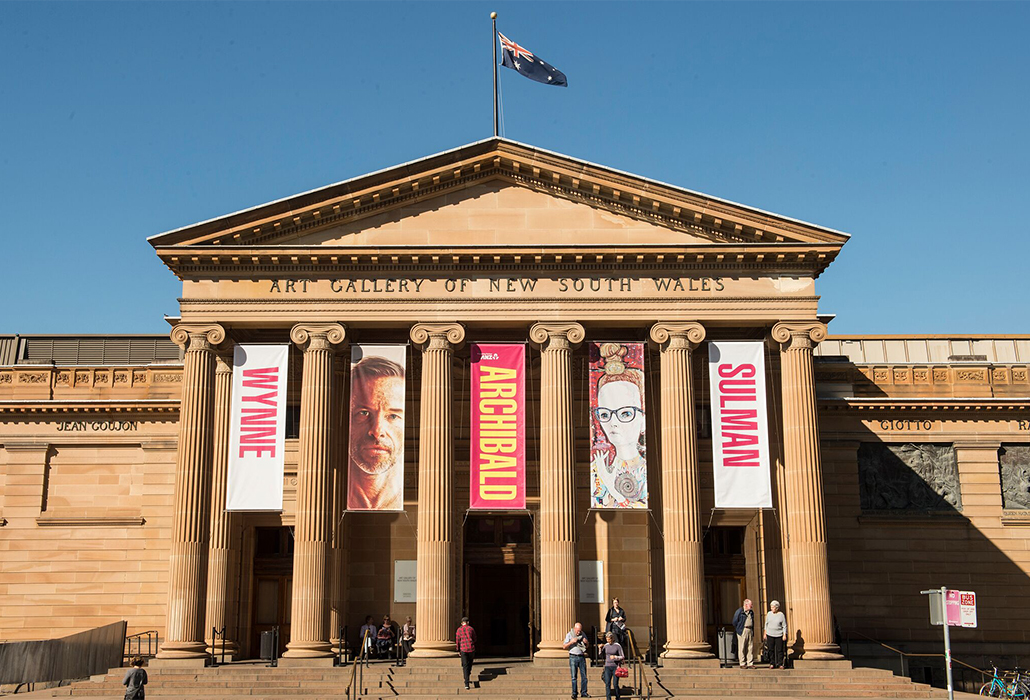 It’s today easy to understand how and why such a fashion for golden sandstone buildings in the ‘classical style’ such as the Art Gallery of New South Wales, would take hold. They have endured, are easy on the eye and offer a rare glimpse at the achievements of our ancestors.

When in 1788, New South Wales was founded, incorporating the elements of Gothic design with its pointed arches and stained glass windows into a building were meant to arouse an emotional, rather than intellectual response in the viewer.

Churches such as St Mary’s Cathedral in Sydney throughout the nineteenth century were mostly built of local stone, which is not surprising given their relationship with the Christian religion, regularly practiced by newly arrived families. In the Gothic revival style they helped to conjure up moods and associations rather than exactly replicate genuine European medieval examples precisely. 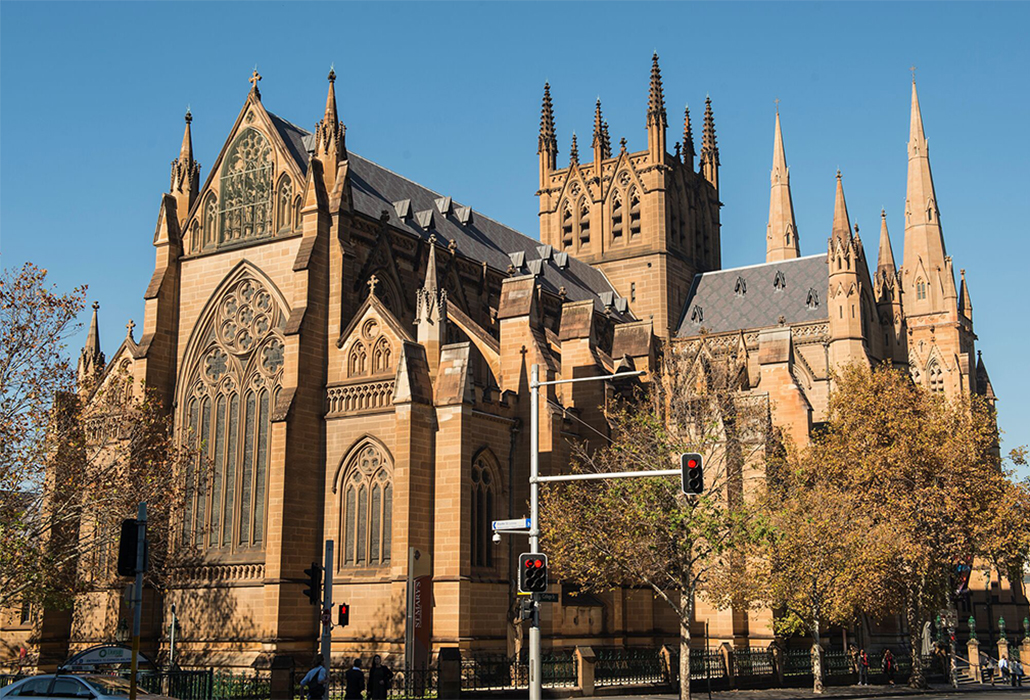 If we can save some of the atmosphere and the early materials used to construct our cities and put them to further use, to my mind we should be all for it. After all it is what the Romans did in Italy.

They actively pillaged their ancient sites, stripping the marbles in particular from old buildings in Rome to build new ones, leaving only ruins of the previous civilisation, which for over hundreds of years now have gone on to garner their own legions of admirers.

Ms Cardosa won her commission over a distinguished group of Australian artists, which says a lot for the credibility of her proposal and the confidence those involved in the process have in her ability to deliver something very special indeed. 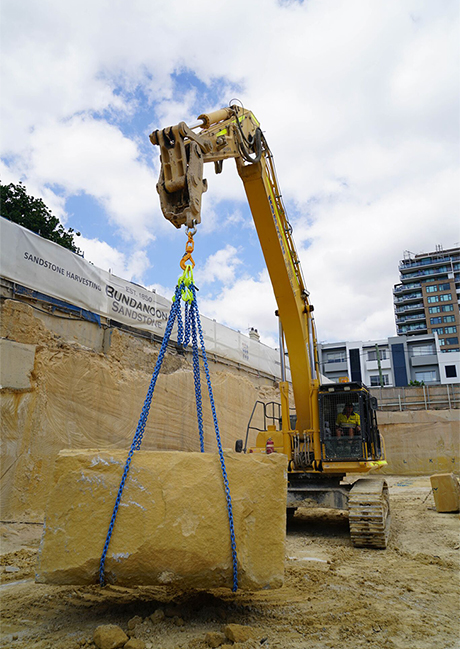 Her site-specific concept reflected the beauty and importance of the sandstone, a locally found material the city was built on after 1788. Ms Cardoso will transform the stone blocks into unique artworks to honour the history of the site. “These permanent hand-drawn artworks carved in local sandstone acknowledge the impact of human intervention on the site by individually carving each of the rough-hewn blocks. Similar to a paper drawing, the stone line drawings will show the expression of the hand of the artist on the stone, with all their subtle variations and unique characters,” said Ms Cardoso. 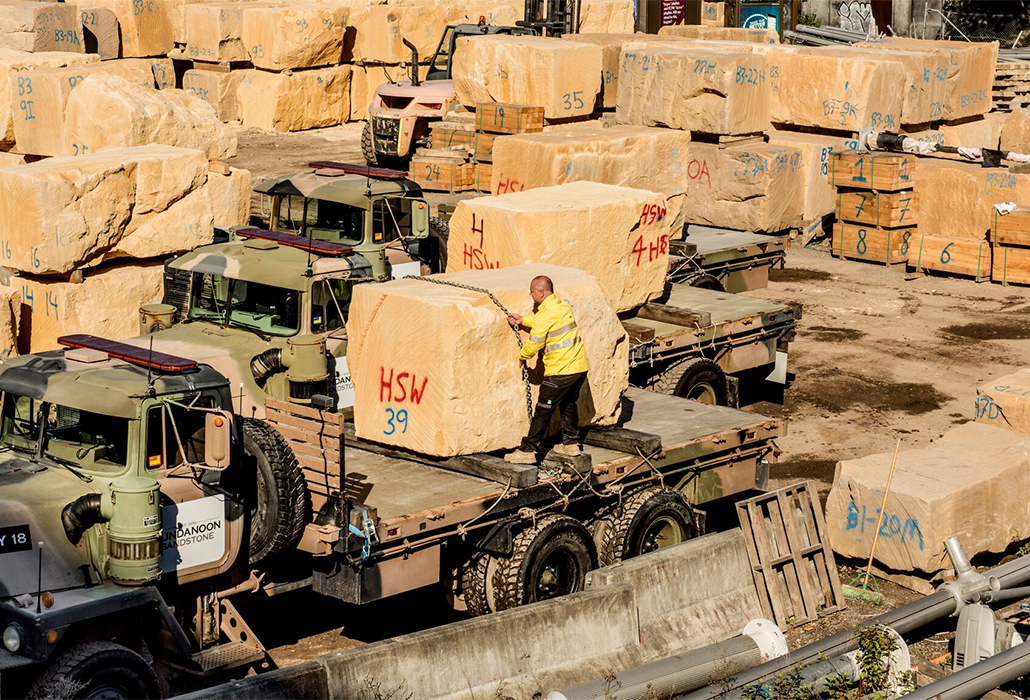 TWT Property Group General Manager Stephen Fitzpatrick also commented: “With Pyrmont recognized as the location of the best quality yellow block sandstone in Sydney, it was important to TWT to preserve this historically significant find of sandstone.

The “… excavated sandstone will be returned to its place of origin at the hands of renowned Sydney artist Maria Fernanda Cardoso and through our work with architects Jackson Teece as part of our NewLife Pyrmont terraces,” said Mr Fitzpatrick.

Around half of the quarried sandstone has also been earmarked for the New South Wales government-operated Minister’s Stonework Program, which is responsible for keeping Sydney’s heritage sandstone buildings in mint condition. 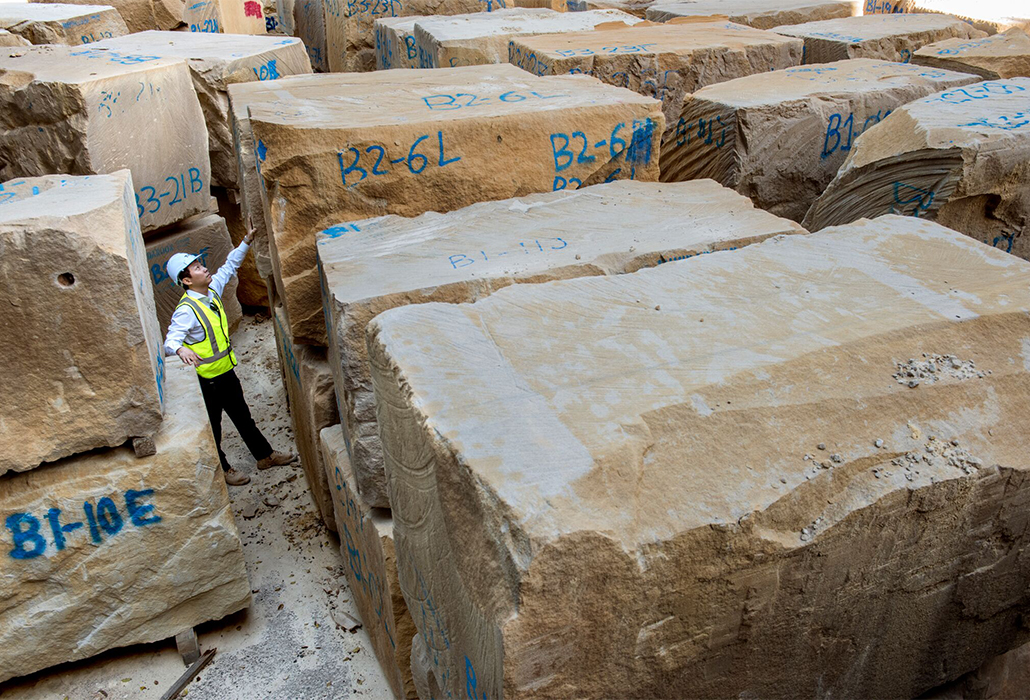 NSW’s supplies of sandstone for this program had been severely depleted before this significant extraction of a quintessentially Sydney building material.

Bundanoon Stone’s Troy Stratti, responsible for overseeing the extraction of the sandstone, added: “… you need a very special developer who is willing to come and harvest this sandstone – it takes time and time is valuable for developers, that’s why we’re thankful to TWT for allowing us to bring this stone out.”

All images used with permissions

South Yarra at Melbourne in Victoria has been a mecca for fashion and shopping for over half a century. Specialty shops sited secretly in side streets and laneways still make up much of its charm. Avoca Street, off Toorak Road in South Yarra has a group of shops at the…